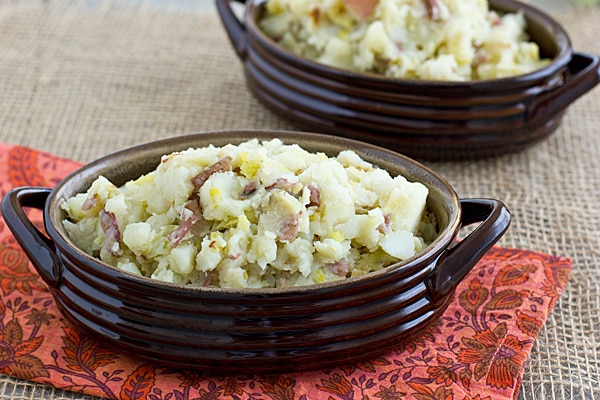 When I was growing up, mashed potatoes made a frequent appearance on our menu. Usually it was on Sunday nights--my parents would make a roast and mashed potatoes with lots and lots of sour cream. We'd often have canned corn on the side too and I loved mixing the corn with the potatoes and the gravy. Oh sure, maybe this sounds gross to you, but doesn't KFC sell something exactly like this in a big plastic bowl with fried chicken on top? I was ahead of my time. An innovator!

Although I haven't put corn in my mashed potatoes in a while, I do like them to be more on the substantive side. Since leeks are in season, I thought I'd try adding those. Kind of like potato leek soup, you see? But not soup! And I left the potato skins on to make everything a little more rustic and hearty. Maybe this Smashed Red Potatoes & Leeks recipe isn't a show-stopper, but it's a good, solid side dish for a Sunday meal. Or even a weeknight meal--did I mention this is really quick and easy? 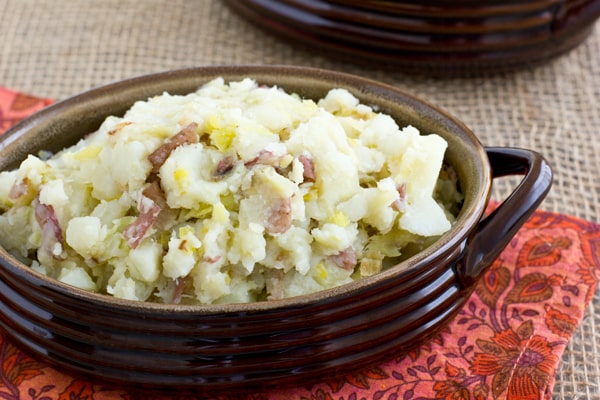