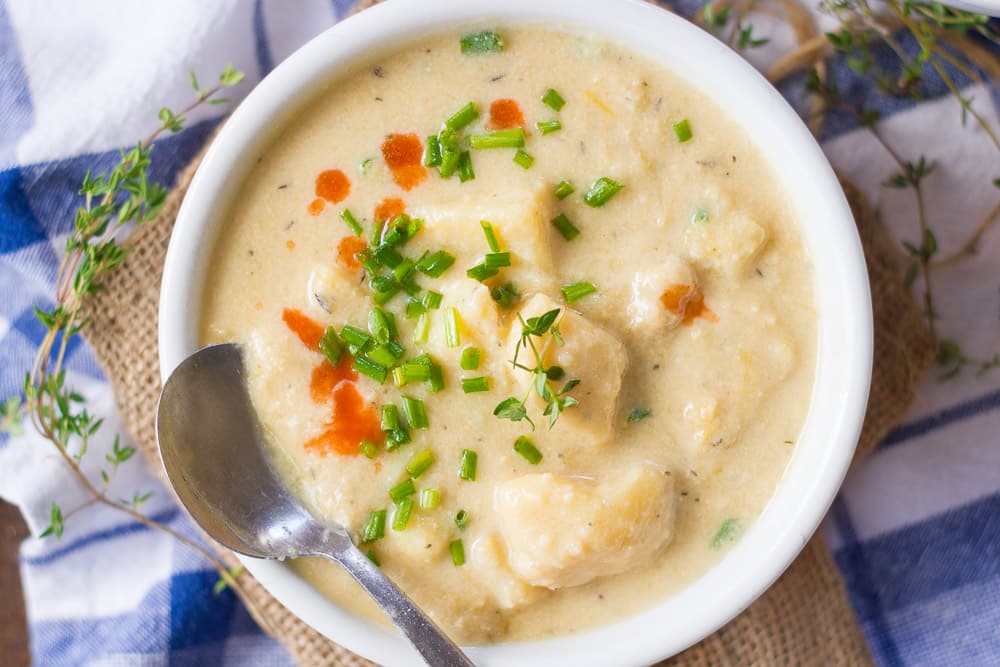 Potato soup is one of the first recipes I ever veganized, and it was completely unintentional. Growing up vegetarian, my mom frequently made potato soup for me, since it was vegetarian by default, and a dish everyone in the household loved. When I was in college I started making my own version, but I used soy milk, only because it was more convenient for me to keep soy milk stockpiled in the cupboard than to buy dairy milk, which I used so little of that I knew it would inevitably spoil. 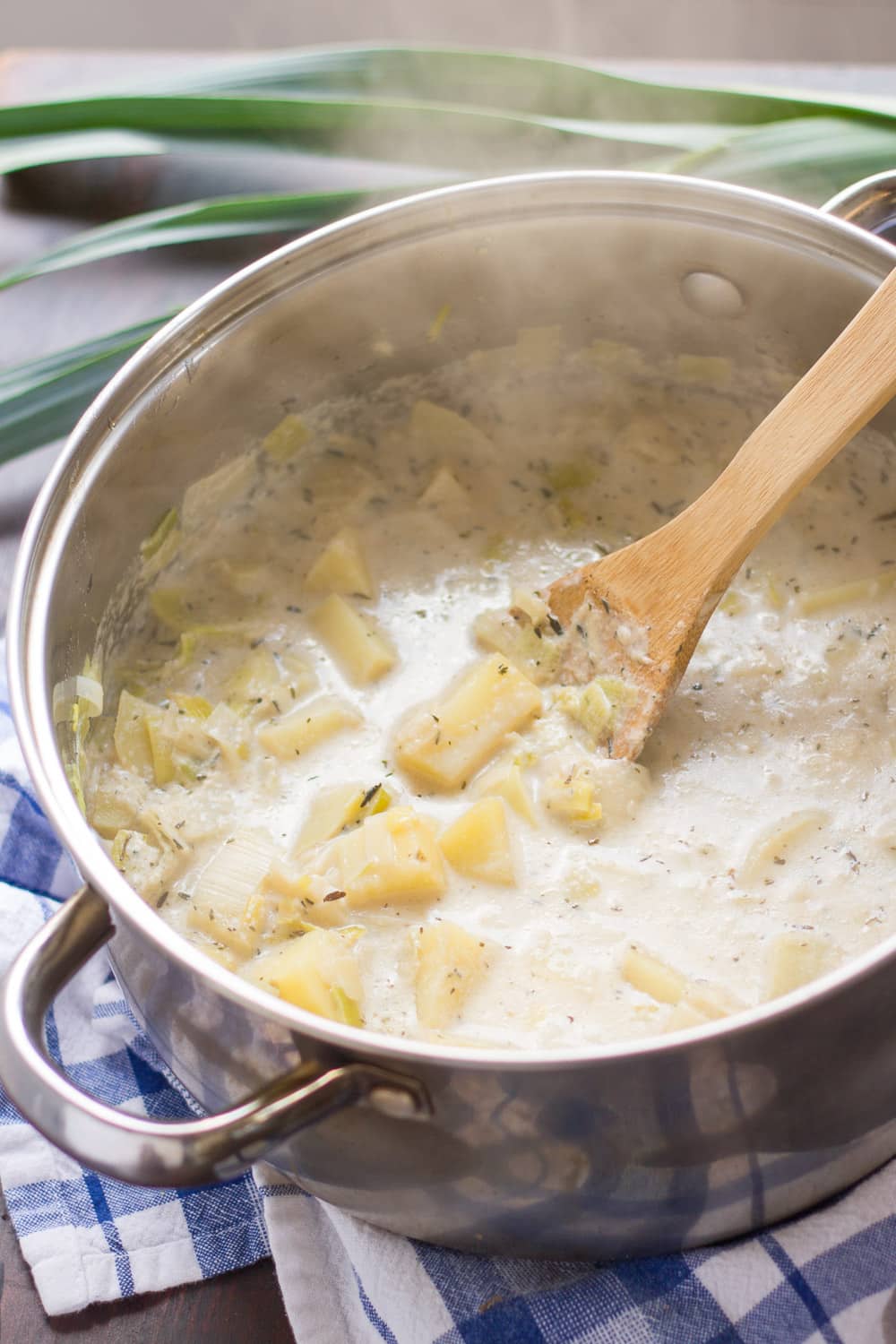 I never missed the dairy in my vegan potato soup, and over the years it evolved. The original version was a simple creamy potato soup, with a soy milk base, and chunks of potatoes, carrots, celery, and whatever other veggie I had on hand. It was delicious, but as I learned about creative ways to season up my vegan cooking, it got more and more delicious, until one day I realized my vegan potato soup wasn’t just ultra creamy and delicious, it tasted downright cheesy. 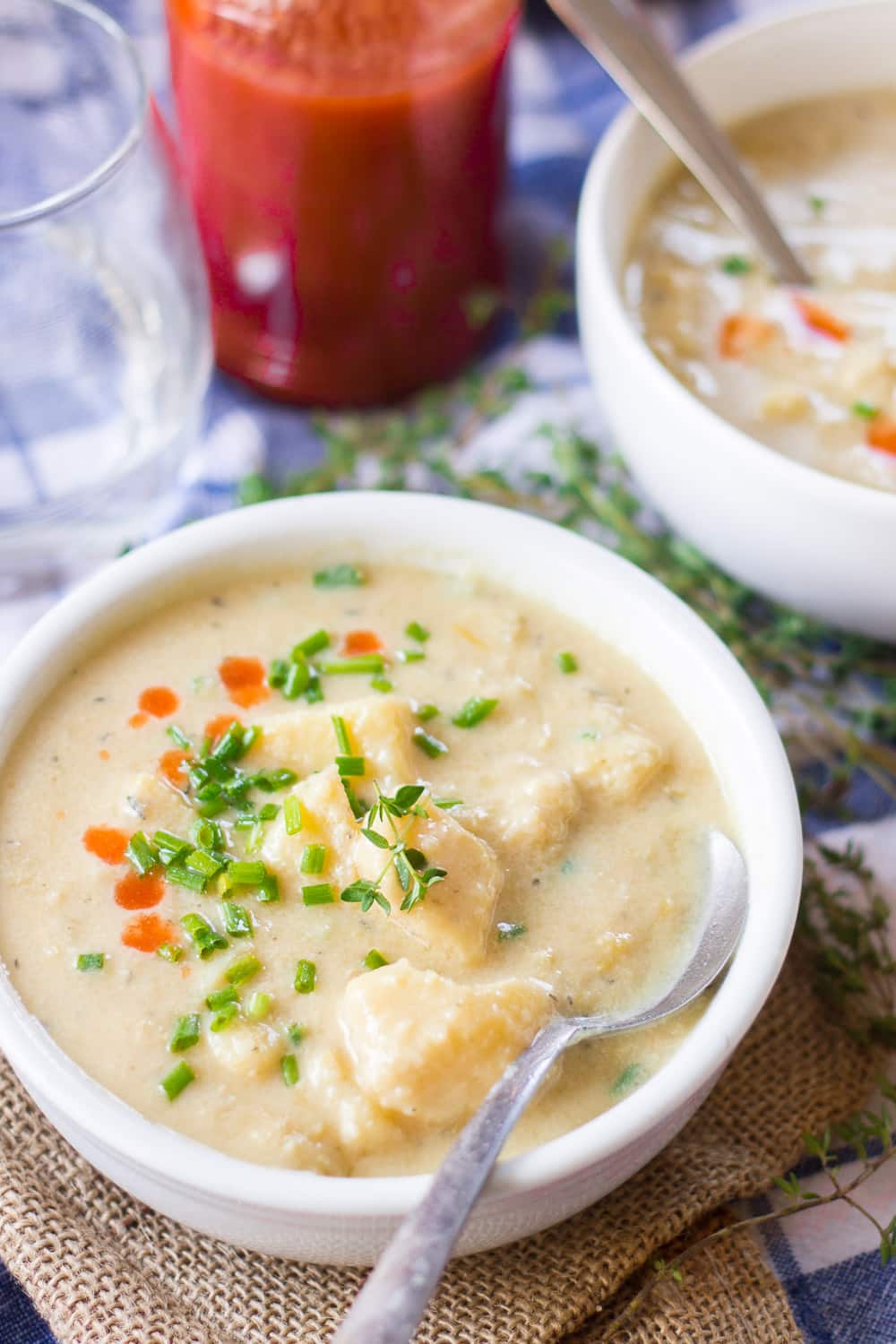 Nutritional yeast is one of my go-to savory seasonings for adding flavor to vegan dishes, and that’s what gives this soup its rich cheesy flavor. To take things even further, I added some vinegar for tang, and a bit of heat, which, believe it or not, makes the soup taste even cheesier. Don’t worry if you’re not into heat – the little bit of hot sauce in this isn’t enough to burn your mouth. And if you can take the heat, throw a little extra hot sauce on top!

I find soy milk gives the best results with this recipe, but you could try swapping out another type of non-dairy milk like almond or cashew, with varied results.