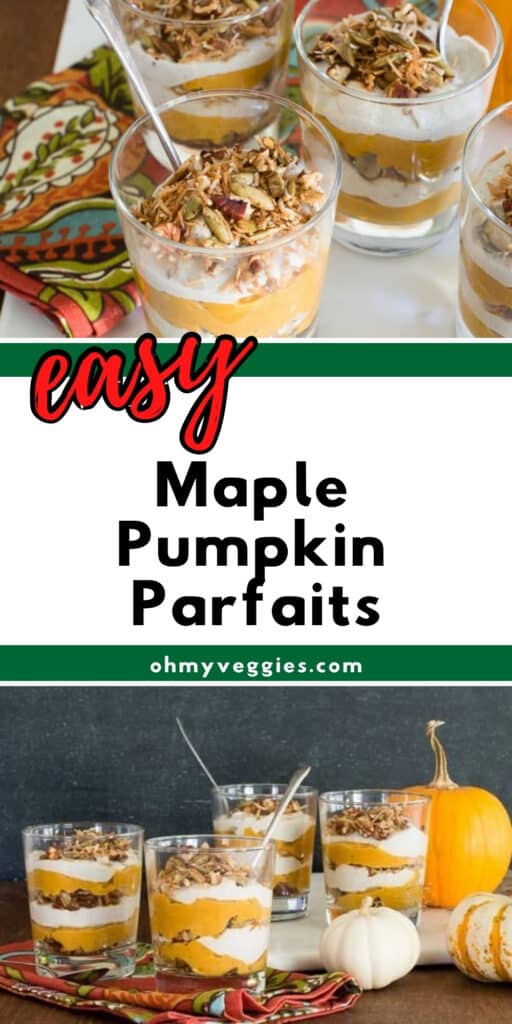 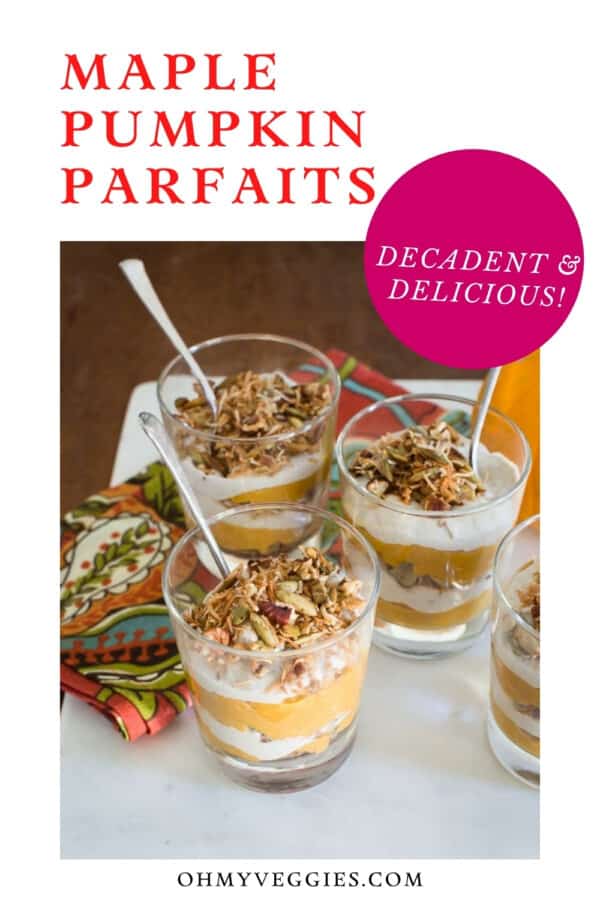 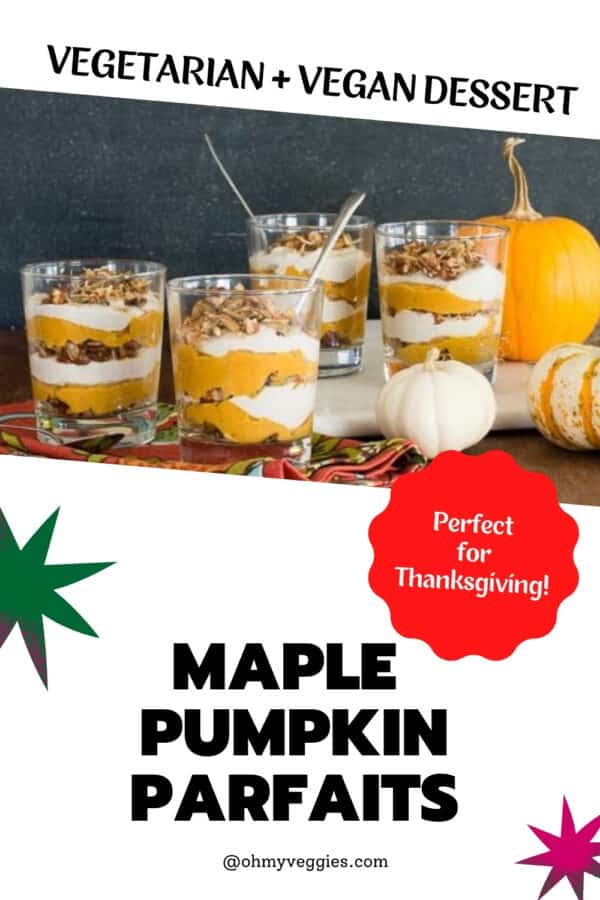 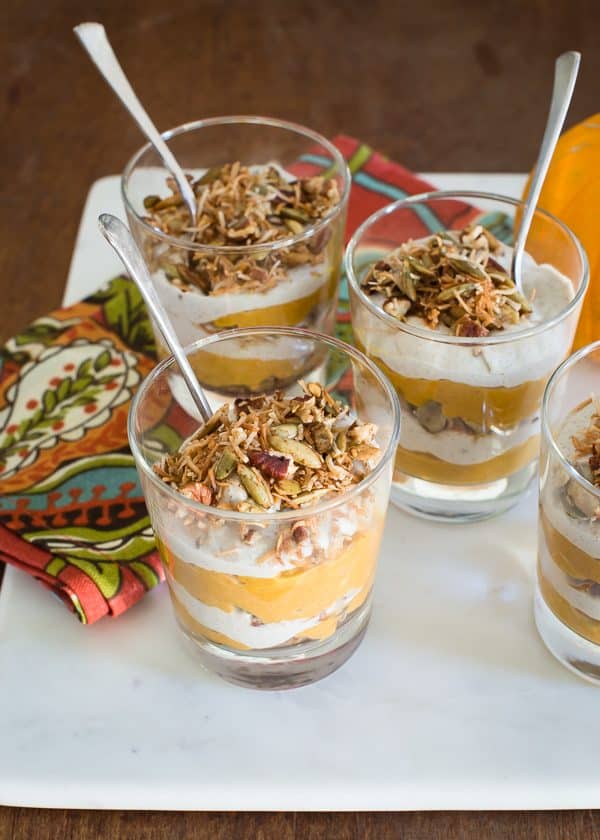 As someone who enjoys cooking and baking, the holidays are pretty much my favorite time of year. (Bring on the pumpkin, baby!)

But I've been making a real effort to cut back on excess sugar in my diet, which can be hard right about now. This vegan Maple Pumpkin Parfait is one way to enjoy dessert without feeling guilty, and without too much sugar.

It's healthy and tastes fantastic—and what's not to love about these layers of maple-sweetened pumpkin, cashew coconut cream, and a crunchy nut-seed-coconut crumble?

Each layer component is lightly sweetened and flavored; it's hard to decide which is the best one!

These pumpkin parfaits come together fairly quickly, but be sure to plan enough time for the cashews to soak overnight and for the parfaits to chill.

This would be an excellent addition to a vegan Thanksgiving dinner—or any other holiday—menu.

If you love these pumpkin parfaits, be sure to check out these other delicious ideas: 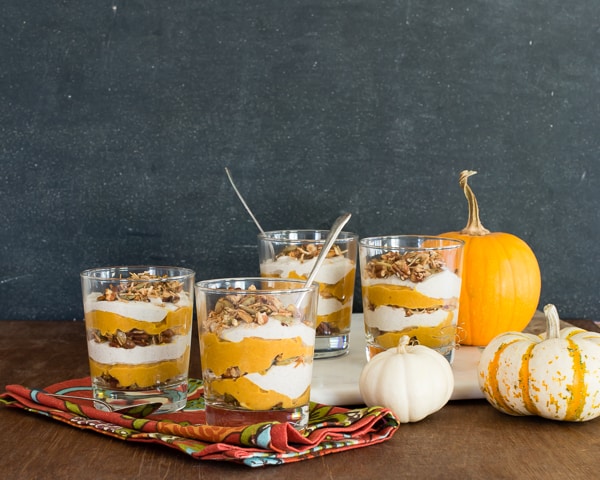 For the crunchy layer:

For the cashew coconut cream layer:

For the spiced pumpkin layer: