Most of the time when I veganize or make a meatless version of a classic recipe, it feels special because I can now eat a dish that I enjoyed earlier in life. But this one is different, because I’ve never been a big egg eater. Oh, I could handle eggs if they were mixed all up in something and not highly detectable to my palate, but an egg sandwich? Not for me. This always made me feel like I was missing something. People love egg sandwiches—so they must be really good. I always wished I understood why. Now, thanks to these vegan breakfast sandwiches, I do!

The “eggs” here are made from a seasoned chickpea flour batter. They’re savory and delightfully spongy. (Yes, "spongy" is good in this scenario!) The outside of the patties is ever-so-slightly crispy, kind of like mini-omelettes, and very much like the little egg patties you'll often find on breakfast sandwiches. Topped with avocado, baby spinach and Cholula hot sauce-flavored cashew cheese, they’re also super fun and satisfying to bite into. 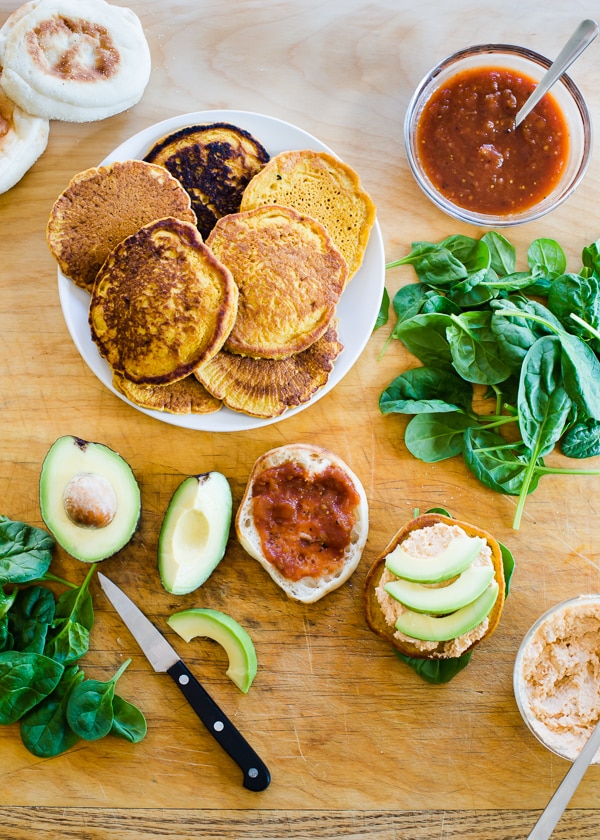 Eggs are really easy to prepare, which is part of what makes them great for morning meals, but the chickpea "eggs" in these sandwiches are easy, too; they cook up in less than 5 minutes. You can make things even easier on yourself on groggy weekday mornings by mixing the dry ingredients the night before and blending up your Cholula cheese ahead of time. Come morning, make your eggs by adding liquid ingredients to the dry, then stir, grill, toast and assemble.

It’s worth mentioning that I did test these on someone who is fond of egg sandwiches, and can confirm that they do possess all the good traits of eggs. Egg hater-approved and egg lover-approved. Can’t go wrong with that. 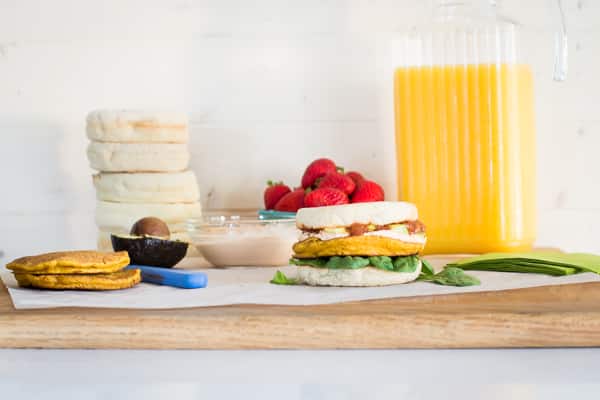 For the Cholula Cashew Cheese:

For the Chickpea Patties:

As usual with cashew cheese, you'll likely end up with more than you need. I wouldn't recommend scaling down the batch size, unless you've got a very small and powerful blending device. Extra Cholula cashew cheese can be stored in the fridge for a couple of days for additional sandwiches or frozen. It also makes a great spicy mayo alternative for other sandwiches and burgers.