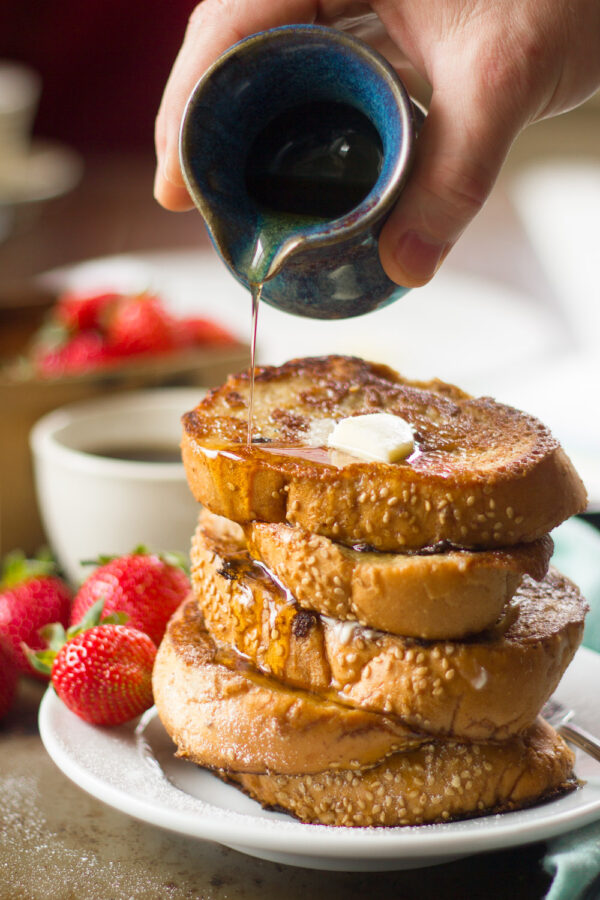 This vegan French toast is made with crusty bread slices dipped in spiced coconut milk batter and pan-fried to golden perfection.

Even though I was never a fan of eggs, I used to always tolerate them in French toast. Why?

Because everything else about classic French toast is absolutely amazing. Crusty bread that's dipped in batter, pan-fried, and covered in maple syrup?

I wasn't going to let a little egg hold me back from that. And that's saying a lot, because I really disliked eggs.

One of the biggest and best revelations to me when I started to dabble in vegan cooking is that you don't actually need eggs to make French toast.

In fact, there are tons of ingredients you can use to whip up a batter that behaves pretty darn close to the classic eggy French toast batter. Things like bananas, pumpkin, and non dairy milk all work.

So I started off by creating this classic vegan french toast recipe. And then I started to get a little more creative.

At this point, I can say that coconut milk is my favorite ingredient for creating vegan French toast batter. It adds a nice richness and a touch of coconutty flavor.

Also, because it's shelf-stable, I usually have a couple of cans in the pantry, which means I'm ready to whip up some vegan French toast at any time.

The trick to turning coconut milk (and the other ingredients mentioned above, for that matter) into something that cooks up like regular French toast batter is to add just a bit of thickener.

I used cornstarch here, but flour works too. This helps the batter solidify just enough to take on an eggy texture when you cook it up.

In addition to experimenting with different batters, I like to try creative ways to add some extra flavor to my French toast recipes.

For this batch I went with a blend of spices that's pretty similar to what you might find in a chai latte, because I love pretty much chai everything!

And when paired up with coconut milk, you actually get something that actually does taste a bit like a chai latte. Feel free to experiment with your own favorite spices though!

If you love this recipe, be sure to check out these other tasty vegan breakfast ideas: 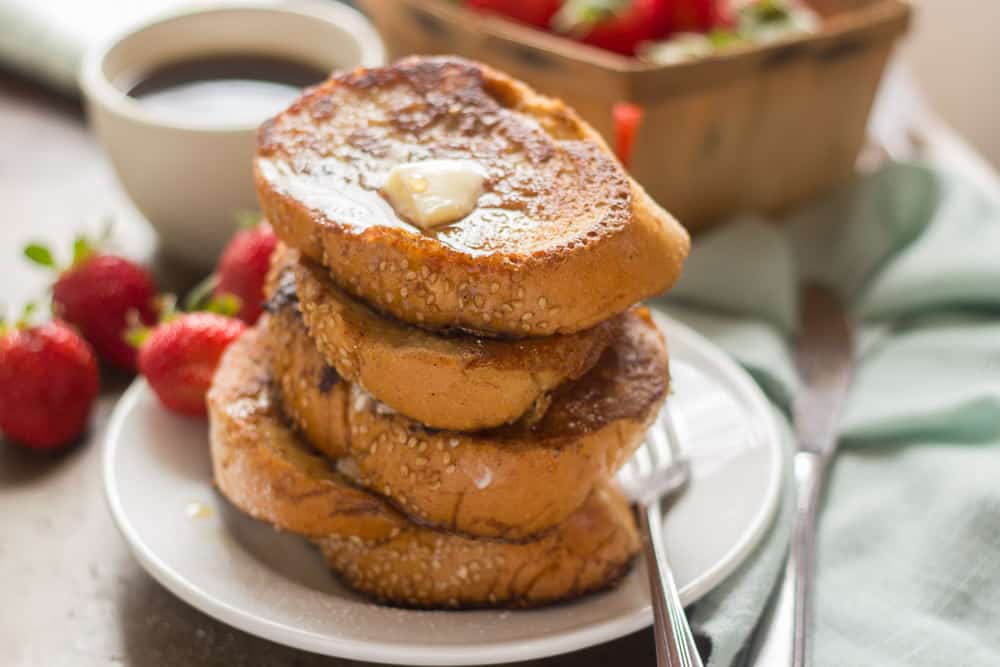