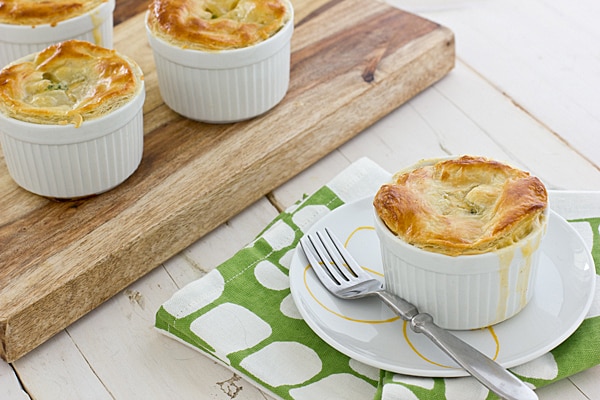 Last Friday, I realized that I did three roasted recipes in a row. And then in What I Ate This Week, I featured a recipe with roasted green tomatoes. I'd like to promise you that I won't roast anything else until next year, but I just developed two roasted recipes for Thanksgiving. And they are delicious! What can I say? I just like to roast stuff.

But today's recipe doesn't involve roasting at all. These broccoli cheddar pot pies are seriously the easiest pot pies you will ever make. I mean, the only way they would be easier is if you used Cheez Whiz instead of making the cheese sauce. And made a crust with crushed saltines. (I feel like I may have eaten something like that in college?)

I wanted to do a pot pie for a while, but I kept putting it off out of sheer laziness. It sounded like a good idea, but after picturing myself rolling out a crust, getting flour all over the place, I told myself, "I'll do it next week." (That happened for several weeks.) But then I wondered if maybe puff pastry would work instead of crust crust. Lo and behold, that is a thing! A thing people do! People like Martha Stewart! And if it's good enough for Martha, it's good enough for me. 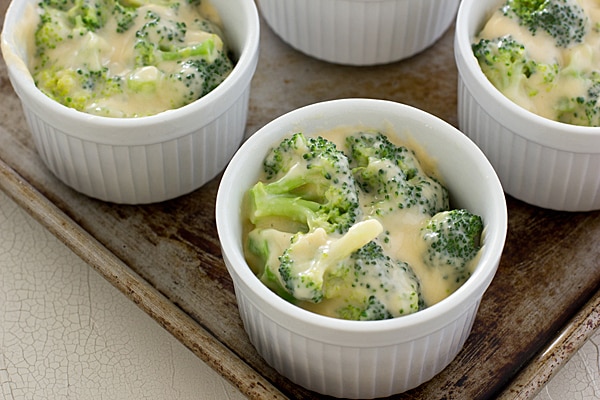 These Broccoli Cheddar Pot Pies come together in a snap. Steaming the broccoli takes 5 minutes, the sauce takes under 10 minutes, and they bake for just under 15 minutes. Using a puff pastry sheet instead of crust means no rolling, no flour all over the place. You can either cut the puff pastry to fit your ramekins or cut it into squares like Martha did. If I weren't making these for my blog, I probably would have cut them into squares too, but since I wanted them to look all pretty-like for you, I sized them to fit the ramekins. 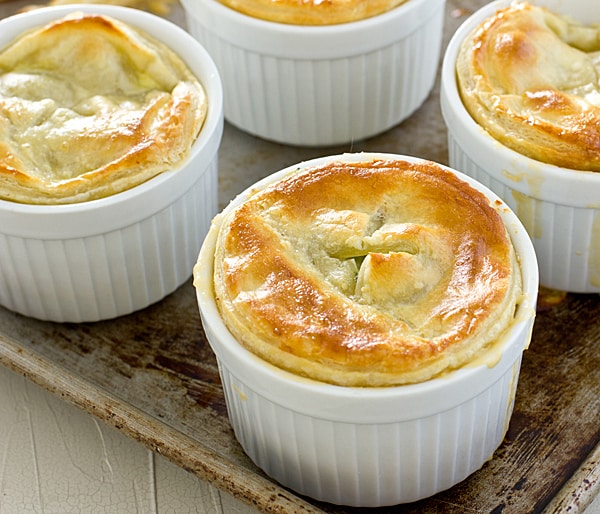 The first time I tested this recipe, the result was really soupy; I realized that the broccoli was making the cheese sauce watery. I ended up upping the flour and using less milk after hashing things out with some friends on Facebook, which did the trick--now, the sauce starts out super thick to compensate for broccoli. So don't be alarmed by the thickness of the cheese sauce when you're making it! It will thin out as the broccoli releases some of its water while it bakes. 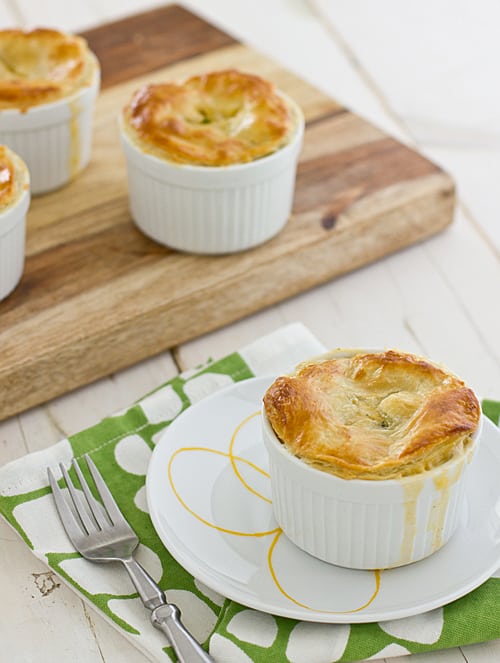