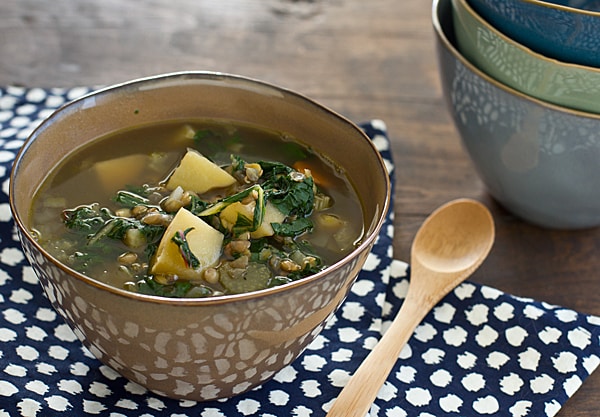 I own a ton of cookbooks, but if I had to choose the one I use the most often in my kitchen, it's Fresh from the Vegetarian Slow Cooker

by Robin Robertson. This is the book that has notes scrawled all over the pages and food spatters on the most frequently used recipes. If you're a vegetarian and you own a slow cooker, you should really buy this book! 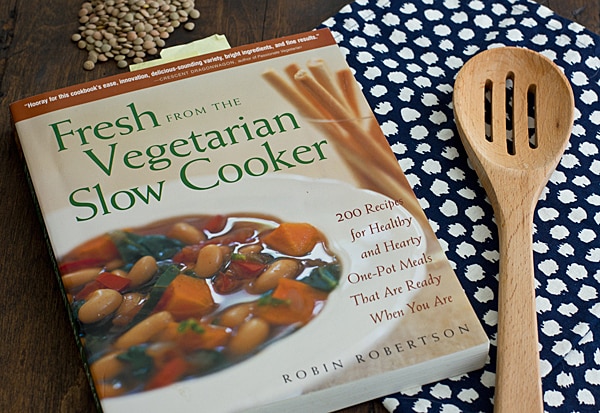 The thing I love about it is that the recipes are mostly unfussy. You might have to saute some ingredients before putting them in the crockpot, but other than that, things are pretty uncomplicated, which is what I like in a cookbook. I want realistic, everyday meals, you know? Something I can use, not just something with lots of pretty pictures of recipes that are such a pain to assemble, I will probably never make them. 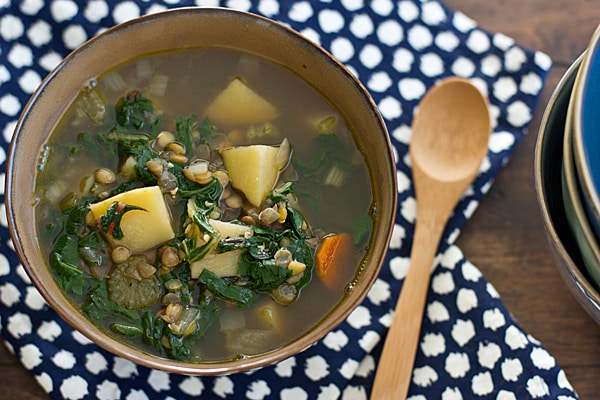 When I was working full-time and going to library school full-time (yeah, that happened), I worked my way through a good half of the recipes in this cookbook. They were easy and I could let them cook in the crockpot all day and dinner would be ready when we got home. And without fail, they were all winners. The best part was that there were always leftovers, so we could have them for dinner the next day or freeze them. The only thing easier than a slow cooker meal is a leftover meal! Or stopping at Chipotle on the way home from work. (Yeah, that happened too.) 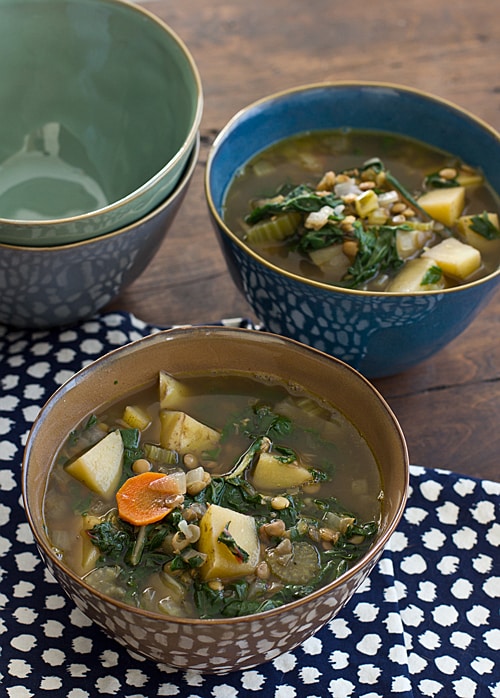 This recipe is adapted from a kale and lentil soup that's in Fresh from the Vegetarian Slow Cooker.

It's not super fancy, it's not a show-stopper, but it's a delicious, hearty soup for a chilly fall evening. I replaced the kale with chard and used a lot more than the original recipe calls for because we love Swiss chard and if I was buying a whole bunch anyway, why not use it? I even threw in the stems, so nothing goes to waste. I also added some Yukon potatoes to make this even more filling, but sweet potatoes or butternut squash would probably be just as tasty. 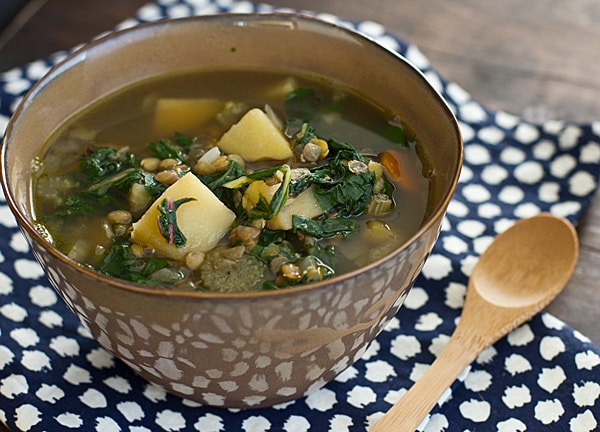 There are affiliate links in this post, so if you click through and buy Fresh from the Vegetarian Slow Cooker, I'll get a few cents out of the deal. I promise not to spend it all in one place!