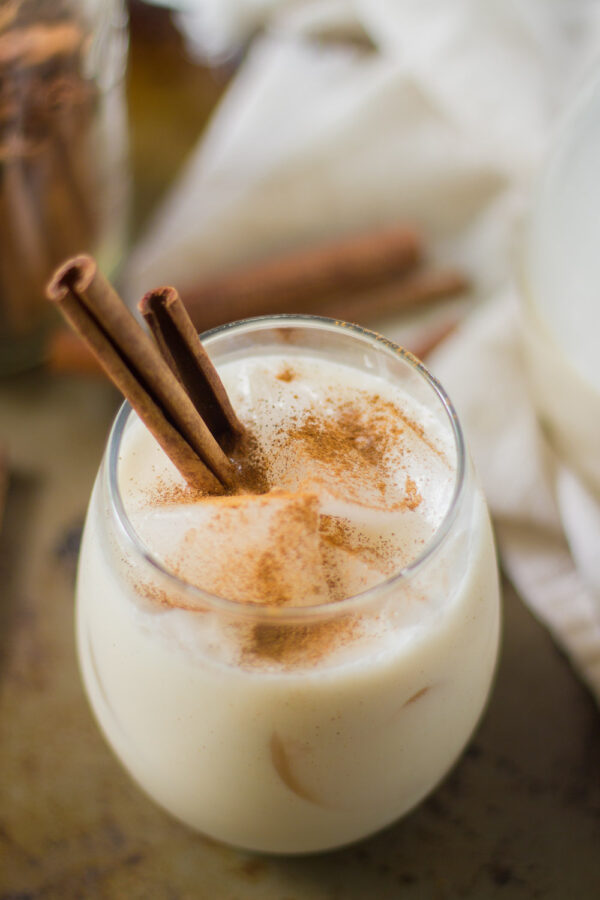 The first time I tried horchata, I thought I was drinking melted vanilla ice cream over ice. That's pretty much what it tastes like!

This Mexican-inspired treat is creamy, sweet, and loaded with vanilla flavor. Imagine my surprise when I found out that there was no actual dairy in it!

Traditional horchata is made pretty similarly to rice or almond milk, so this is a naturally vegan friendly drink too. Yum!

I've played around a bit with making my own horchata, and my favorite version follows the traditional formula, but has one not-so-traditional addition: coconut milk!

How to Make Vegan Coconut Horchata

To make this extra rich and creamy vegan horchata, just soak some rice and a cinnamon stick in water for a bit, then blend and strain.

The coconut milk gets added at the end, along with a nice dose of vanilla extract.

I sweetened up my coconut horchata with maple syrup because (1) as a liquid sweetener it's easy to stir in, and (2) not all granulated sugar is vegan, and I wanted to keep my horchata vegan friendly.

I recommend serving this vegan horchata right away after you make it. If you store it in the fridge, it will separate. That isn't a huge deal - you can easily stir it up again. But for the best flavor and freshness, definitely drink up within a day or two.

The recipe calls for light coconut milk. It's this kind - not the kind in the refrigerated milk section of the store. If you opt for a full fat variety, you may want to use less!

And if you love this recipe, be sure to check out our other tasty beverages, or one of these delicious creations: 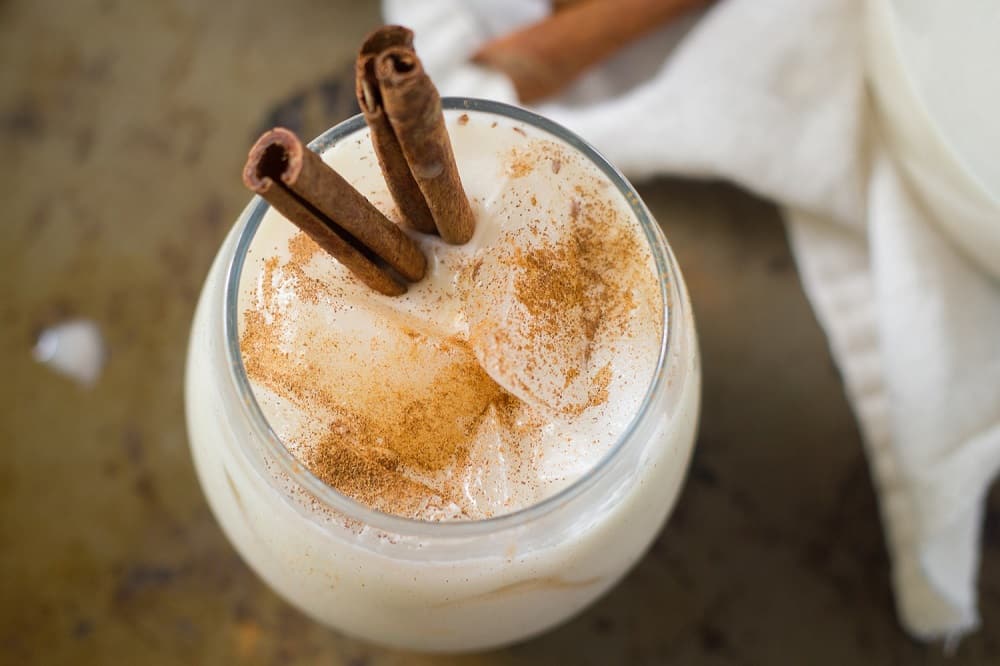