I officially have a new favorite sauce for summer: chermoula! Typically used for grilling meat and fish in Moroccan cuisine, this sauce is loaded with fresh cilantro, parsley, onion, garlic, lemon juice and spices. There are very few sauces that pack the tart and tangy flavor punch that chermoula does, and now that I have experienced it I am totally hooked. 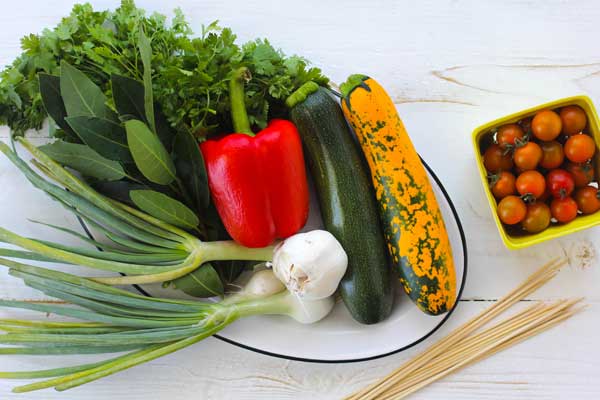 I had never even heard of chermoula until I found a recipe for Chermoula Fish Kebabs a few weeks ago. It was one of those instances where an image jumps out at you from Pinterest and makes you instantly hungry. After reading the recipe through, I knew that a mix of summer squash, peppers, and halloumi cheese would make a tasty vegetarian stand-in for the swordfish on the skewer.

Halloumi is made from a mixture of goat's and sheep's milk. Largely found in Greek and Middle Eastern cuisine, it holds together well (almost like a saltier, more flavorful version of mozzarella) and is perfect for grilling due to its high melting point. When fried or grilled, the outside gets a crispy crust and the inside stays creamy. You can usually find halloumi in natural foods stores or co-ops, but look for it in a Greek or Middle Eastern market if there's one near you. Its popularity for grilling has increased over the past couple years, so you may also have luck in bigger mainstream grocery stores. 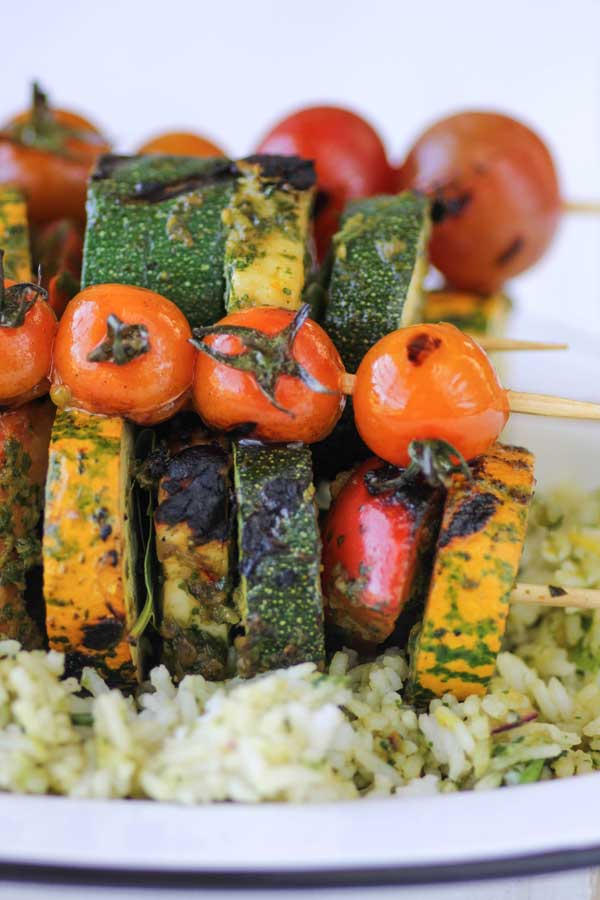 Alongside these chermoula veggie kebabs, we threaded Sun Gold tomatoes on skewers, lightly brushed them with olive oil and grilled them until they were slightly blistered. It was the perfect, easy accompaniment to the veggie-and-cheese skewers. 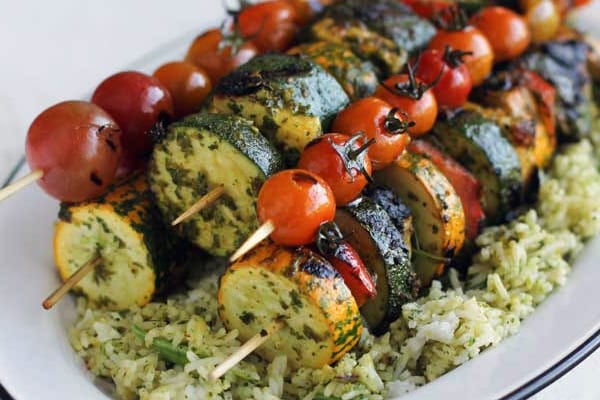 I served our veggie skewers with skewers of blistered Sun Gold tomatoes over a bed of long grain white rice mixed with some of the leftover chermoula sauce and thinly sliced green onions.
Craving more veg-friendly recipes? Shop our collection of vegetarian and vegan cookbooks!
Previous Post: « A T-Rex Shows You How to Grill Corn
Next Post: Fiery Fruit & Quinoa Salad from Salad Samurai »