I wanted to create a cake that embraced the season and its rich flavors. Bold gingerbread, sweet pears, a little caramel sauce swizzled over the top to bring it all together. Something that would work well as a mid-morning snack cake alongside a perfectly brewed cup of coffee, but would also be well-received by all as a special occasion dessert (Thanksgiving, anyone?) 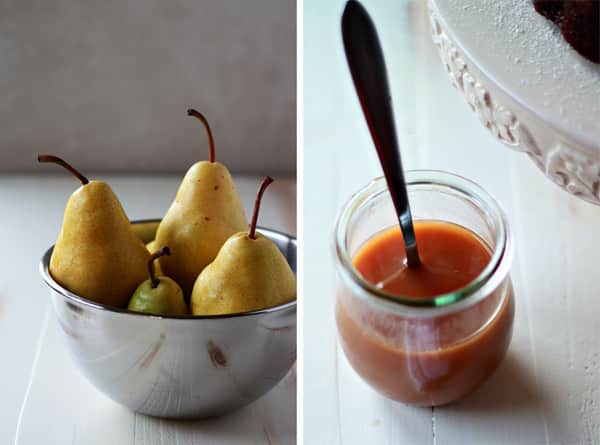 Initially, I thought of a few go-to vegan baking ingredients. Flax eggs. Almond milk. Coconut oil. But then my mind turned to one of my very favorite cakes, a cake I enjoyed often growing up, a cake I had no idea was vegan until a few years ago. It's a rich, moist chocolate number called Wacky Cake, though growing up, we called it Crazy Cake - and we always enjoyed it with a dollop of whipped cream. So much for being vegan.

Wacky Cake was reportedly created during the Great Depression, when staples such as eggs and milk were in short supply. Enterprising cooks dreamed up a cake that utilized vinegar and baking soda instead, creating bubbles that help the cake to rise.

I thought I'd borrow that naturally vegan cake's formula for this gingerbread version. Other than omitting the cocoa, of course, I also swapped the typical vegetable oil for, yes, coconut oil. Brown sugar and molasses give this cake that signature rich mahogany hue; a generous hand with the spices adds loads of flavor. And then, of course, pear chunks, and quite a few of them. 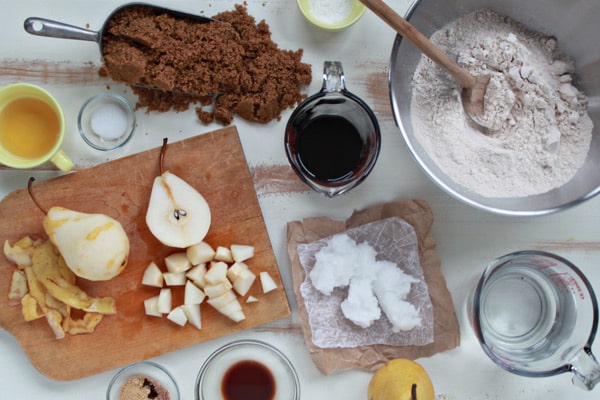 I'm super excited about this recipe, in part because just like the inspiration cake, I really believe no one would ever know it's vegan. Which is something you can't necessarily say about some vegan baked goods. It's excellent shortly after it comes out of the oven - drizzled with caramel sauce or not - but it's even better after a day or two, when the flavors really get a chance to meld. This is one of those cakes that gets moister the longer it hangs out. 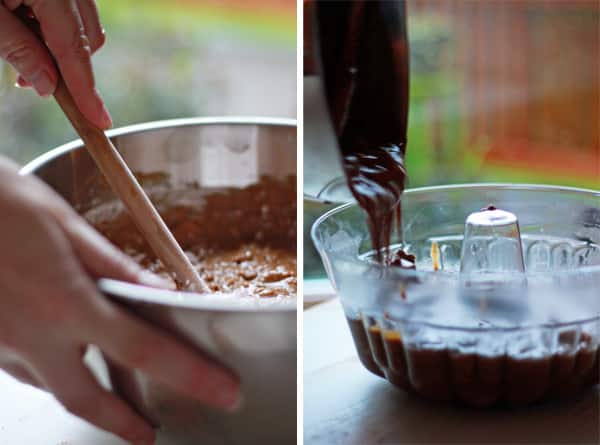 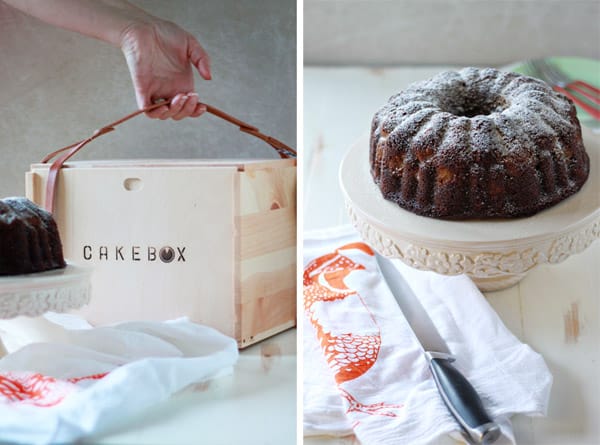 And then, let's eat cake. 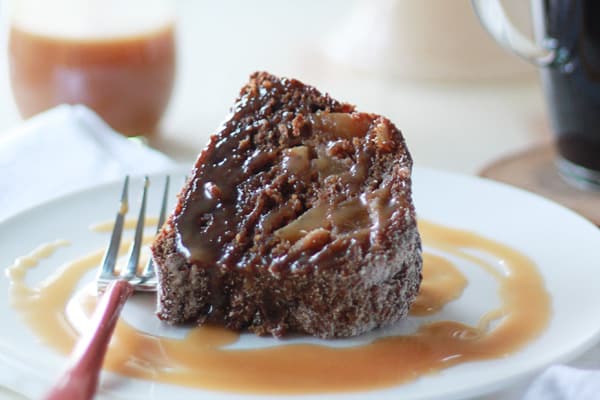 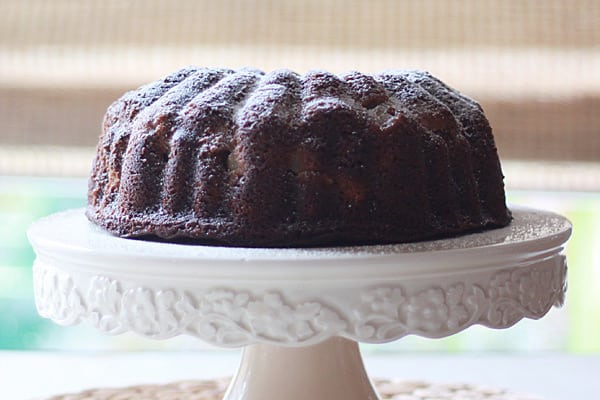 For the Gingerbread Pear Bundt Cake:

For the Caramel Sauce:

The caramel sauce may be made ahead of time and kept refrigerated in an airtight container. It keeps well for up to 5 days. Allow the sauce to come to room temperature to thin out a bit before serving. You can also warm it in the microwave for a few seconds to speed up the process.