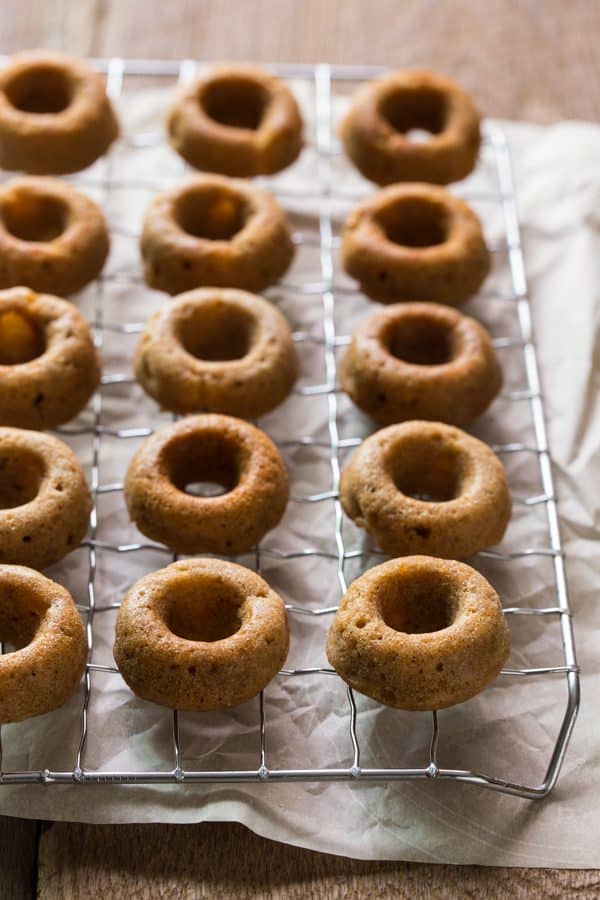 These Chai-Spiced Vegan Apple Cider Donuts are loaded with Fall flavors from cinnamon, ginger, cardamom, and cloves. Pair them up with a cup of coffee for a totally indulgent treat!

I love the idea of vegan donuts, but whenever I've gotten them, they're far too cakey and dense for my liking. I want my doughnuts to be soft and pillowy!

About a year ago, I set out to devise my own vegan donut recipe and I came up with these Vegan Apple Cider Donuts.

The doughnuts are tender and moist, and they freeze beautifully too. Last fall, I kept bags of them on hand in the freezer for quick snacks and desserts.

After moving cross-country and then feeling under-the-weather for a while, I decided it was the perfect time to revisit this donut recipe because I needed a little fall comfort food.

I used a tablespoon of ground flax and warm water (known as a flax egg) as a substitute for the egg used in traditional donuts. And almond milk replaced the regular milk.

You can use any type of plant based milk that you prefer for this recipe. Cashew milk or soy milk are also great choices.

While you can use any oil you like to bake with, I like coconut oil because I think it results in more tender baked goods.

Also, if you bake with coconut oil, everything you make is healthy and coconut oil cures every ailment known to man. (Ha ha, not really.)

Now, if you don't have doughnut pans, don't worry — you can make these in muffin tins too. I've tested it! You'll only fill the muffin tins with about 1 inch of batter.

Your muffin-doughnuts (moughnuts?) will be the height of a regular doughnut, but without a hole in the center.

If you love these donuts, be sure to check out these other vegan donuts recipes: 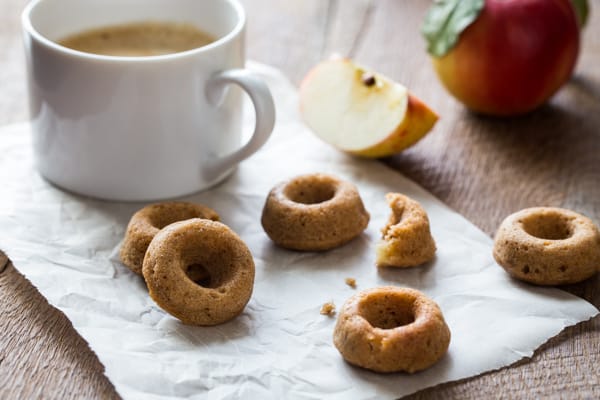