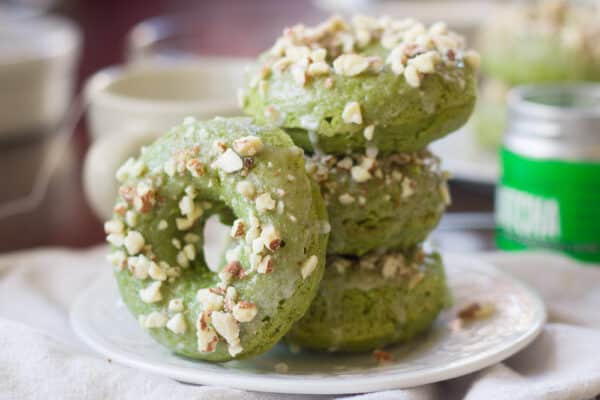 I have a bit of a sweet tooth. Even thought I eat pretty darn healthy most of the time, I definitely have a weak spot for baked goods. While I generally try to keep even my sweet indulgences in the reasonable category, every now and then I just want a doughnut! The thing about conventional doughnuts is that they're about as bad as it gets.  You've got sugary fried dough all covered in sugary glaze, and if it's a really good doughnut, it's stuffed with more sugary stuff and topped with chocolate.

Fortunately, I'm pretty good about fooling myself when it comes to these things. What's that mean? I'm a sucker for anything that looks like a legitimate doughnut. No need for frying and stuffing and layers upon layers of glaze. Cake doughnuts that are baked in the oven are good enough for me, as long as they resemble doughnuts. That's why doughnut pans are awesome. When you make a batch of baked doughnuts you're basically making tube-shaped muffins, but they make me happy. 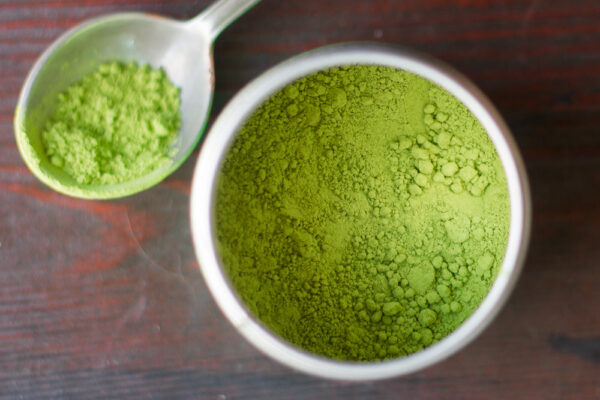 These baked matcha doughnuts are an indulgence, but they're considerably lighter than doughnuts you might pick up at a bakery. So they satisfy my sweet tooth, but I feel a lot better after polishing one off! 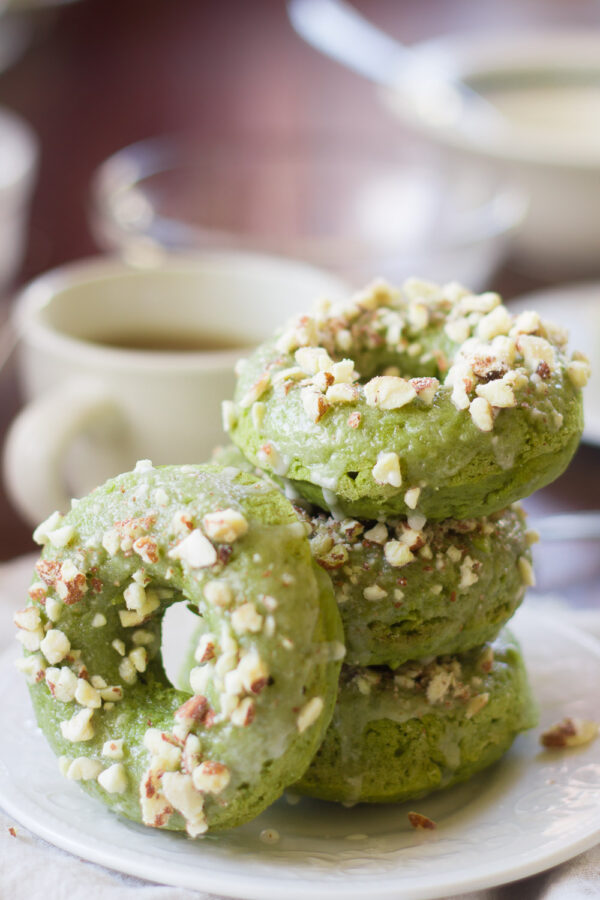 Since spring is right around the bend, I flavored this particular batch of baked doughnuts with what I consider to be springy flavors: green tea with an almond glaze. The matcha green tea has a mild earthy taste, and if you enjoy drinking green tea, you'll probably enjoy eating it as well. It also gives these doughnuts a pretty bright green hue, so they look springy too. Matcha powder comes in different grades—be sure to use ceremonial grade for the brightest color and cleanest flavor. 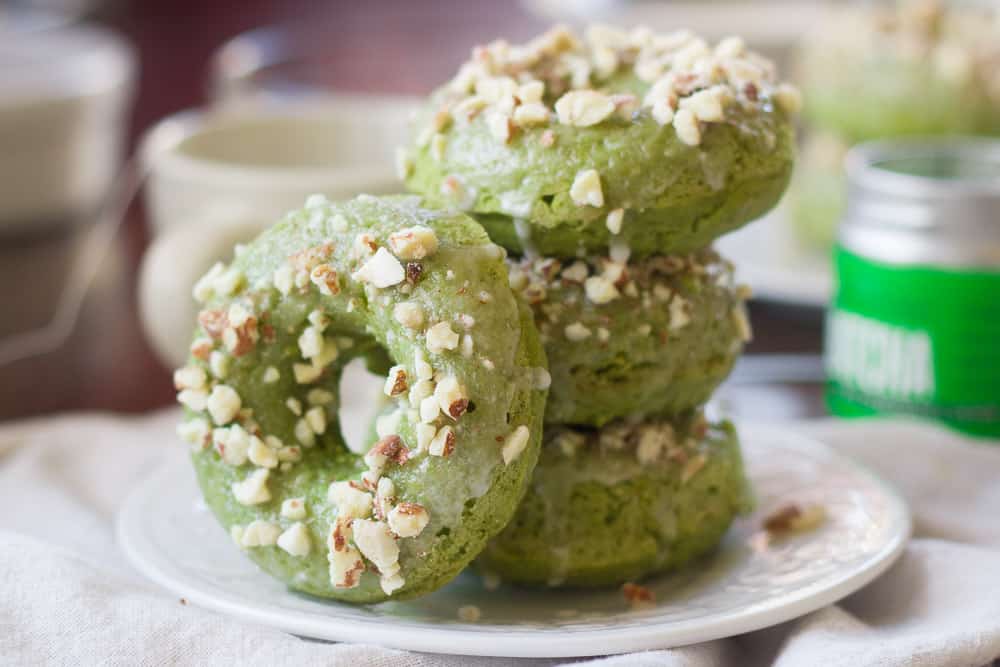 For the matcha doughnuts:

For the almond glaze: