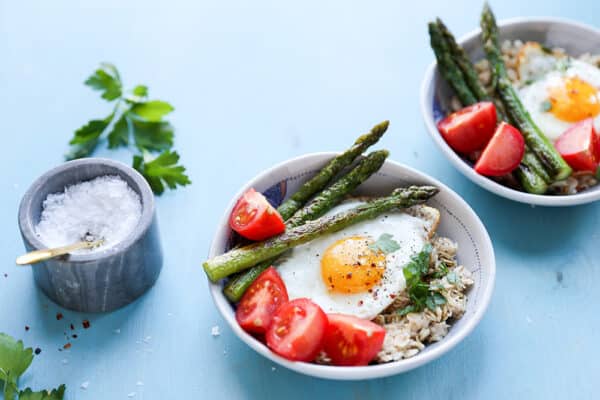 The first day of spring is just around the corner (at least I hope it is!), and that has got me craving two things: asparagus and eggs.

I don’t know why exactly, but they are always some of the first foods that come to my mind when I think of springtime meals. So I figured it was fitting to highlight them in today’s savory oatmeal recipe.

Have you jumped on the savory oatmeal bandwagon yet? It was something that I was very hesitant to try at first. I’ve always gravitated towards sweets for breakfast (just give me some pancakes covered with maple syrup and I’ll be happy!) instead of savory items. So the idea of a savory oatmeal wasn’t particularly appealing to me, but I have to admit, once I tried it I was hooked. Not only are savory oats incredibly delicious and easily customizable, just like their sweet counterparts, but I’ve found that if I start my day with something savory instead of something sweet, I have a much easier time controlling my sugar cravings as the day progresses. And that’s been a real game changer for me. 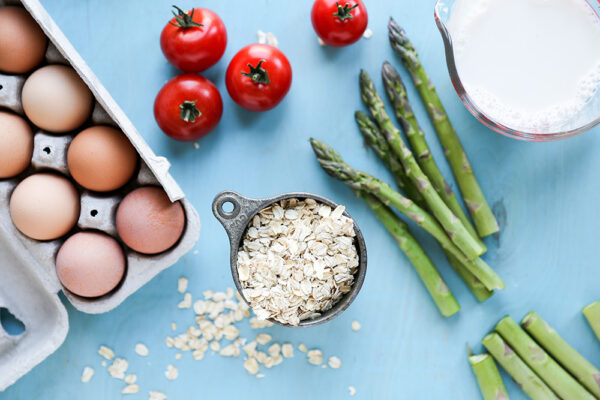 I really like my oatmeal to be creamy, so making it with water isn’t really an option for me. But I also want to keep things on the lighter side, so I typically reach for unsweetened almond milk, which usually runs only around 30-50 calories per cup, depending on the brand you choose. It’s a great way to create a creamy base, while still keeping this breakfast low in calories. If almond milk isn’t an option for you, you could certainly use another type of unsweetened non-dairy milk (like soy or rice milk). 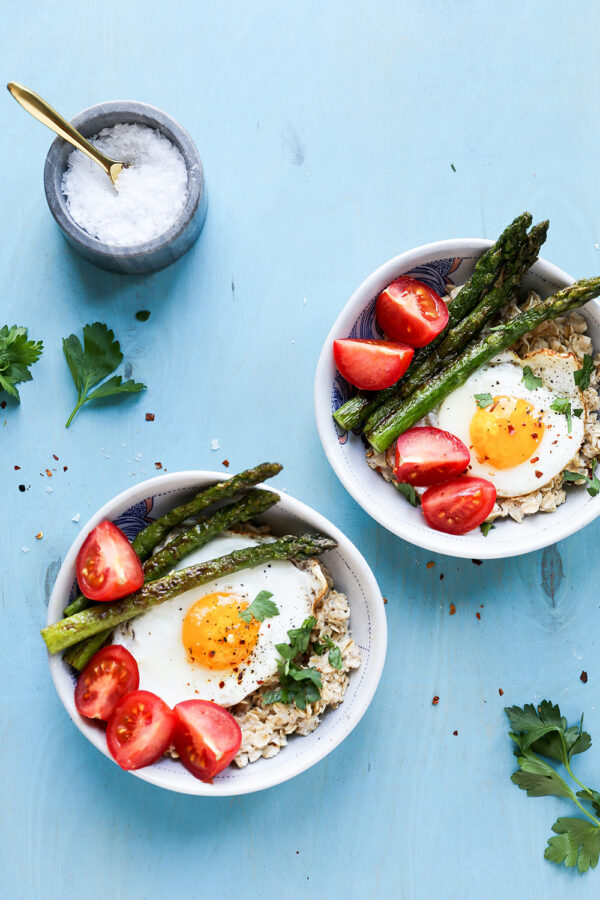 I cooked the asparagus spears in a non-stick skillet until they were crisp-tender, then I used the same skillet and residual olive oil to fry up two eggs. I used to never like my eggs sunny-side up, but now I love them that way, so I choose to cook them only on the one side for these breakfast bowls. You could certainly cook the eggs any style you prefer though. The best part about this savory oatmeal bowl is how easy it is to make it exactly how you want it! 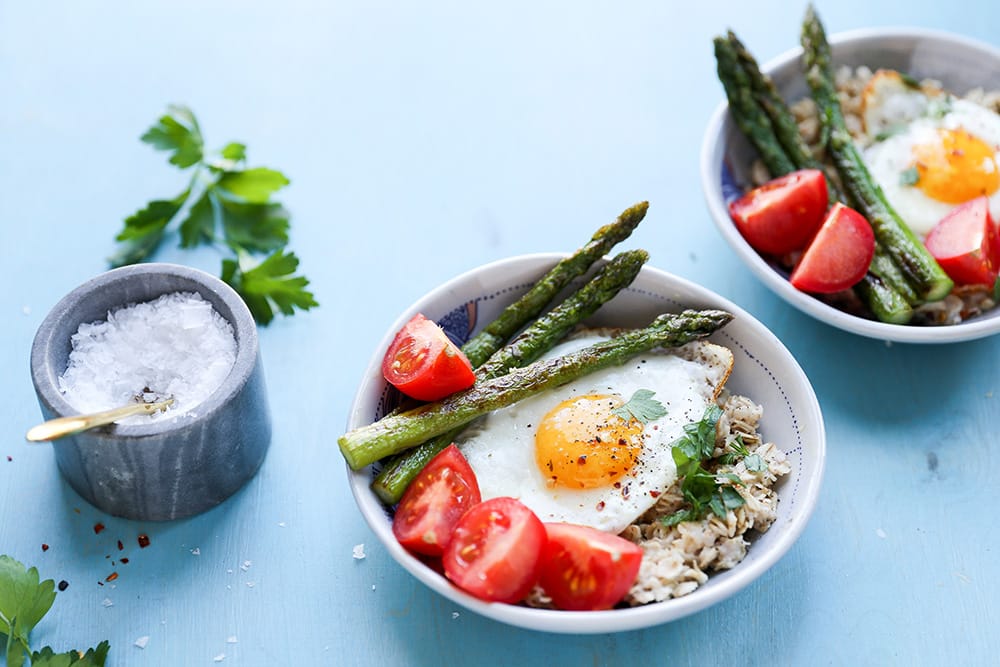