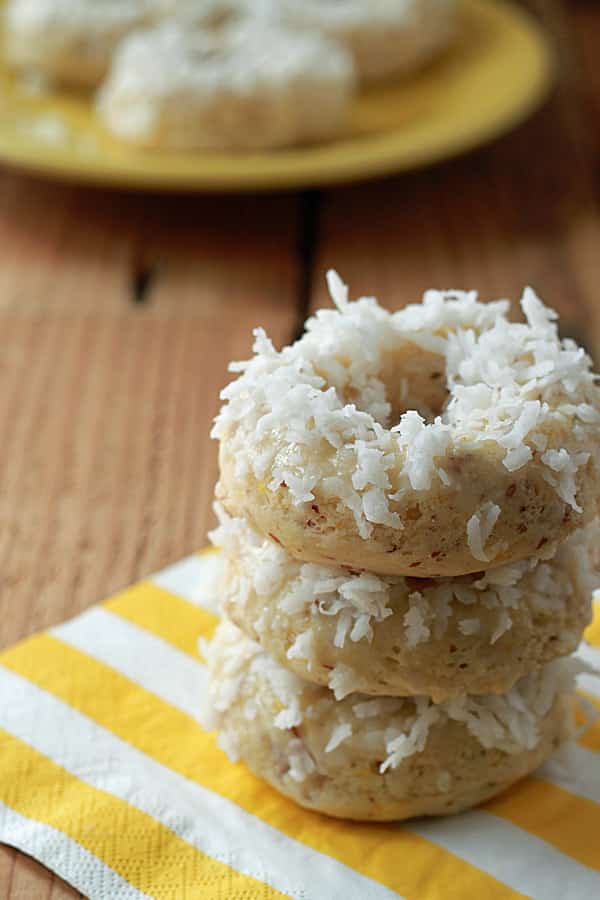 For some, gifting a kitchen item for a birthday or Christmas is a cardinal sin. We've all heard stories about the hapless husband who comes home with beautifully wrapped box containing ... cue ominous music ... a blender. And the poor clueless fella is booted back out that door faster than you can say "margarita."

Me, if my guy showed up with a Vitamix, there would be happy dancing and fridge-to-couch beer deliveries for a week. At least.

So when one of the presents under the tree this past Christmas was a doughnut pan, I was thrilled. 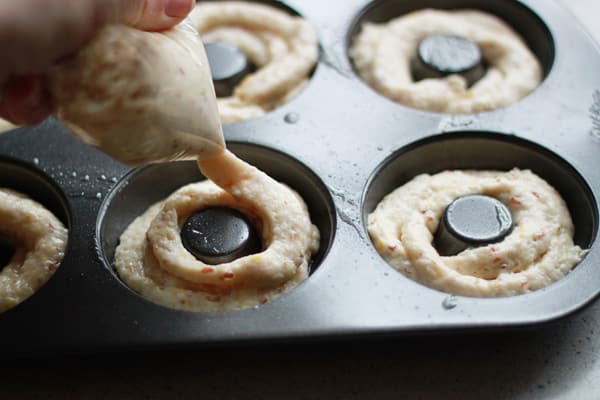 Not that it was much of a surprise - I specifically asked for one. I asked for an ice cream scoop, too, and I got two.

It was a good Christmas.

As a result, I've had fun playing with baked doughnut recipes these past few months. There's been vanilla, chocolate, lemon, coconut, glazes galore, and sprinkles like you've never seen (my toddler must always help with the sprinkles). And! You know where I'm going with this--we've also enjoyed these Vegan Coconut Lemon Baked Doughnuts. A lot. 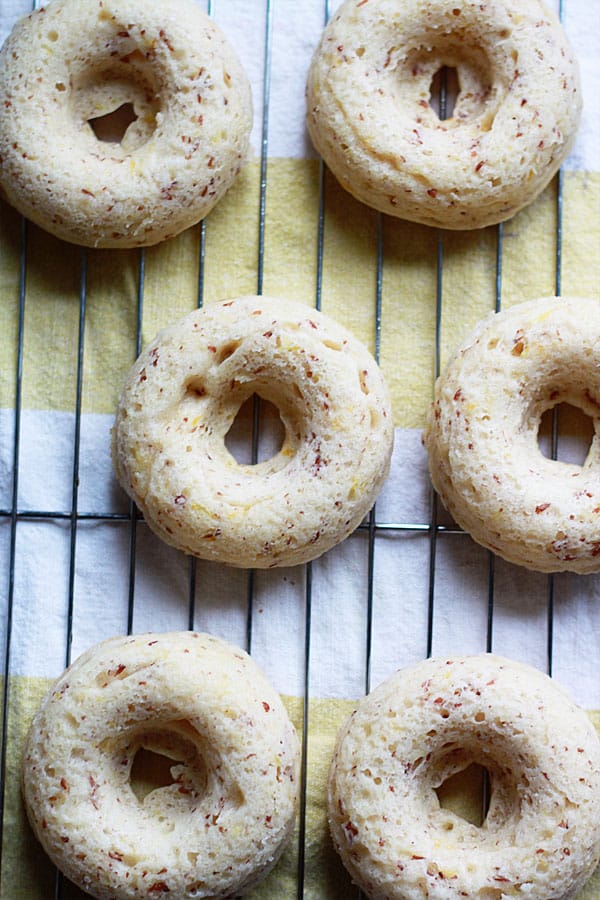 My go-to baked doughnut recipe calls for an egg, so one morning when I was out, I thought I'd try replacing that single egg with a "flax egg." If you haven't heard of flax eggs, well, they're easier (and more awesome) than they sound. For every egg called for in a traditional baking recipe, you mix together 1 tablespoon flaxseed meal with 3 tablespoons water. Let it sit for about 5 minutes, and it thickens into a perfect egg substitute.

Other than the telltale flecks, I can rarely tell the difference between flax eggs and chicken eggs.

After I replaced the egg with flax, I thought I'd go all the way and replace the dairy with vegan-friendly substitutes instead. Coconut oil stands in for butter; canned coconut milk replaces the cow's milk.

And, honestly? I actually like these vegan baked doughnuts a smidge better than the original. They're super, duper tender, with a nice, large, cakey crumb.

This version adds lemon to the mix, both in the doughnut batter and in a zesty, moist glaze that's then topped generously with sweetened flaked coconut. 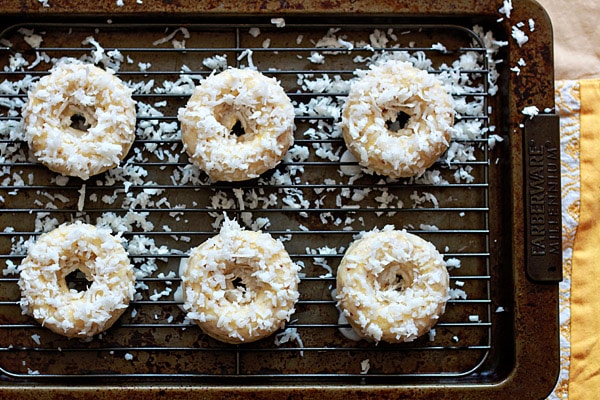 These are my most popular baked doughnuts to date among taste testers (um, family and friends) - vegan or otherwise. Hmmm ... if I bake enough for everyone, maybe one of them will show up to my house with a blender! 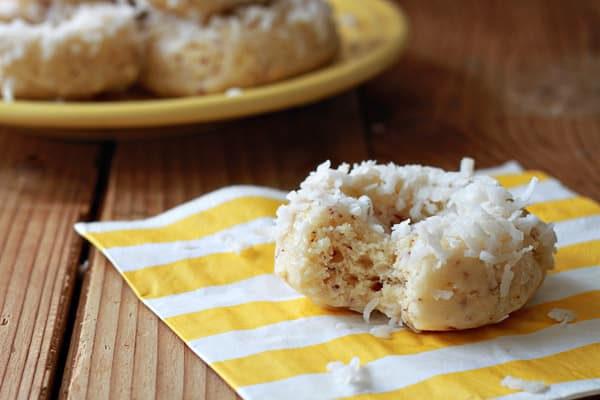 Doughnuts keep at room temperature in an airtight container for up to 3 days.