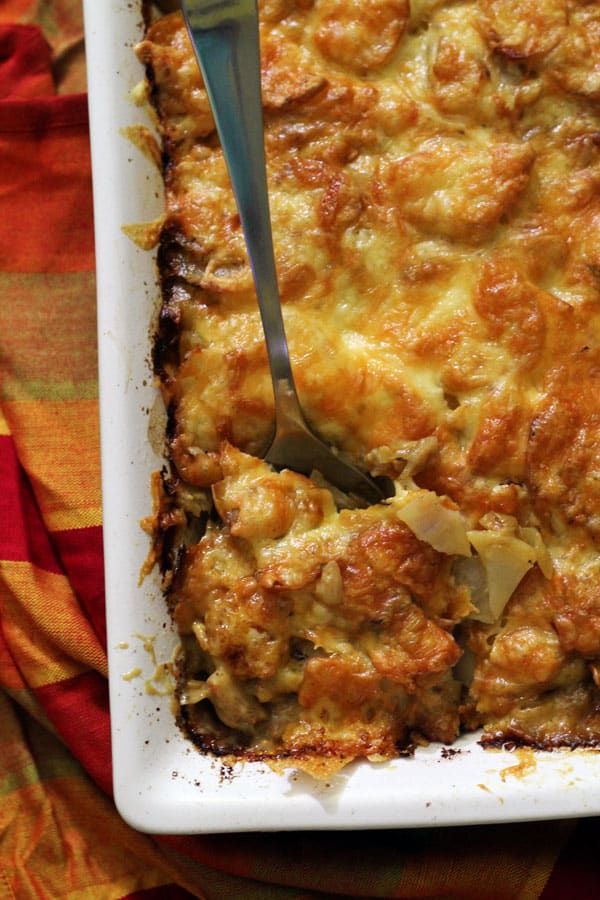 One of the things I love most about the holiday season is all of the recipe testing that goes into the lead-up to The Big Day. Eating Thanksgiving dinner once is one thing, but getting to eat it for 3-4 weeks in a row?! Glorious. Just glorious. Another added bonus to this is that I can try out some of the more wild recipes that my family will never let me bring instead of the traditional favorites. For instance, I'm pretty sure there would be an uproar if I even so much as hinted that we go without mashed potatoes. However, making this potato, caramelized onion and leek gratin for a random Sunday dinner? Totally acceptable. Celebrated, even. 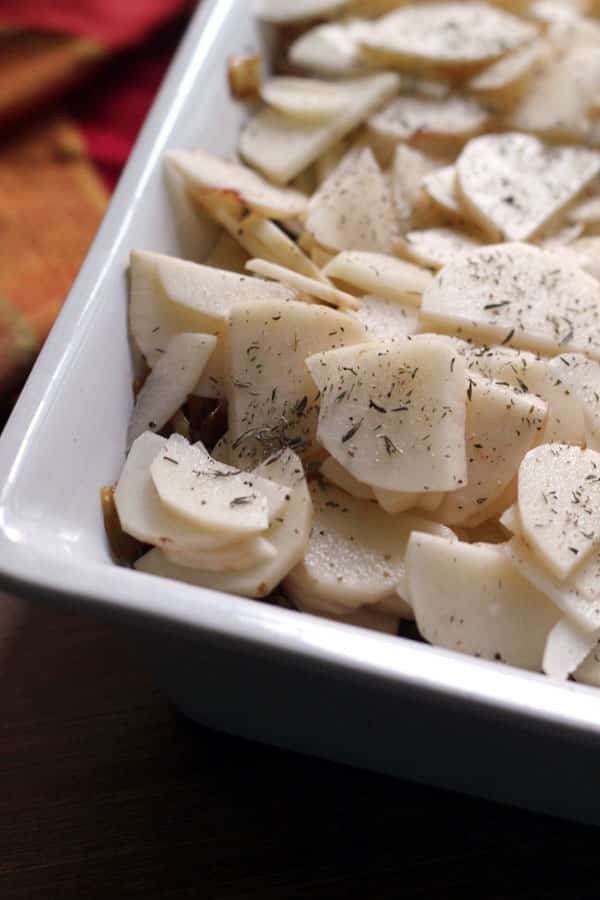 In all honesty, I've never been much for potato gratins. In my experience, they never cook evenly or all the way through so you end with mushy potatoes on top and potato bricks on the bottom. Apparently the key to potato casserole nirvana is very thinly sliced and very homogeneously sliced potatoes. You could get this result either by risking your fingertips by slicing them on a mandoline or you can use the slicing attachment for your food processor, which is what I did.

In this Potato, Caramelized Onion & Leek Gratin, the potatoes are layered with rich caramelized onions and leeks, along with a white wine-based cream sauce. It's baked until thick and bubbly and then topped with a thick Manchego cheese layer. The resulting casserole is creamy without being overly so, with just the right amount of cold weather comfort. I'm not saying it will definitely kick mashed potatoes off of your family's Thanksgiving line-up, but it does stand a fighting chance. 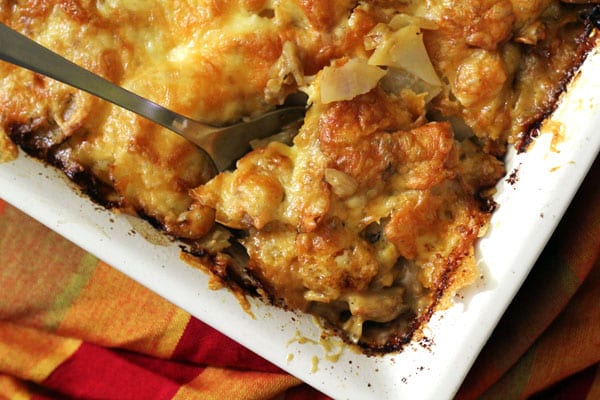 Adapted from Cook's Country.
This will turn out best if the potatoes are very thinly and evenly sliced. In order to achieve this, use a mandoline or the slicing attachment on a food processor. Gruyere cheese can be substituted for the Manchego, if desired.