How do you feel about cilantro? Because if you're a cilantro hater, you may want to avert your eyes. (Or maybe run in terror?) These Mushroom and Zucchini Quesadillas have a generous helping of cilantro pesto on them. So you've been warned, okay?

Personally, I love cilantro. I never really got all passionate hatred directed towards this inoffensive little herb. I mean, I'm sure there are people who hate basil or oregano. But they don't make a thing out of it. And cilantro hating is most definitely a thing. There's even an I Hate Cilantro website. 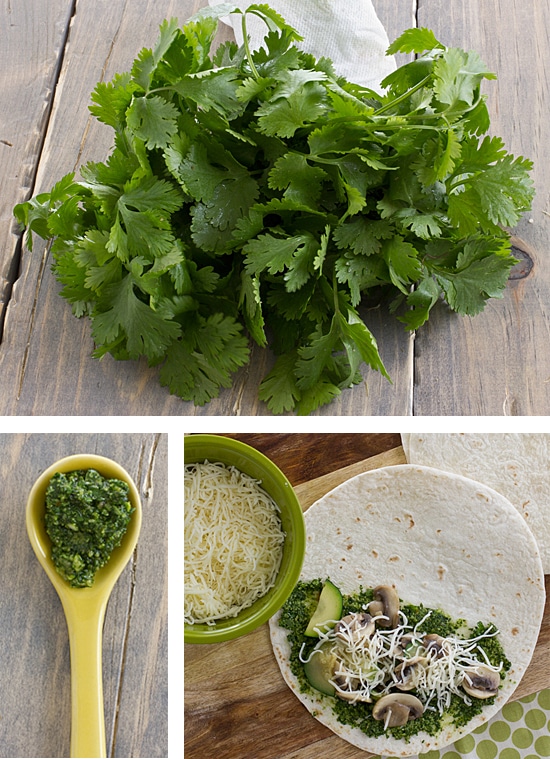 Well, apparently it's a matter of genetics. Cilantro haters taste soap when they eat cilantro. It's a genetic predisposition, something they're born with. There are other explanations too, though—some of the molecules that form the aroma of cilantro are also molecules found in both lye (soap!) and insects. Interestingly, crushing cilantro leaves converts these molecules into other substances which makes them inoffensive to cilantro haters. So cilantro pesto? Should be totally cool with both cilantro haters and cilantro lovers alike.

Of course, if you hate cilantro with a passion, it might be too much to ask to even put you in the same room with fresh cilantro, let alone make it into a pesto. But this cilantro pesto is worth taking a chance on. Its bright, fresh (and spicy!) flavor takes an ordinary veggie quesadilla recipe and makes it something worth blogging about. In fact, I'm so in love with this pesto that it might be making some more appearances on Oh My Veggies very soon! 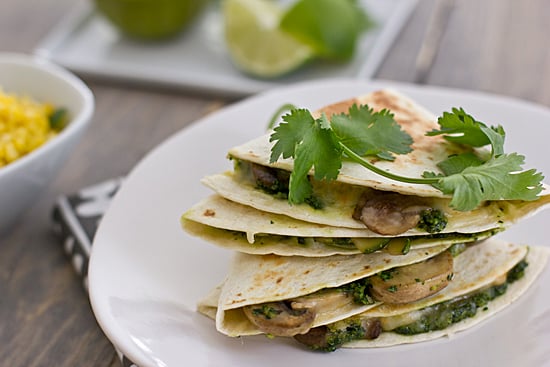