Potato salads are quintessential summertime food, making appearances at potlucks, barbecues and picnics all season long. But here's a confession: I don’t even give them a second glance. I’ve never been a mayo person (especially not in large quantities). For years I didn’t even realize that there was such a thing as non-mayo potato salad! Growing up, that was all that was ever around, so I learned to just cruise right on by and find something else to enjoy.

But this Mediterranean Potato Salad? I’ll definitely stop for this version. With no mayo in sight and a variety of veggies, this is no boring potato salad. Red onions, green beans, eggplant and zucchini are all roasted in the oven with just a touch of garlic to make them tender and flavorful. Move over, mayo. There’s a new potato salad in town. 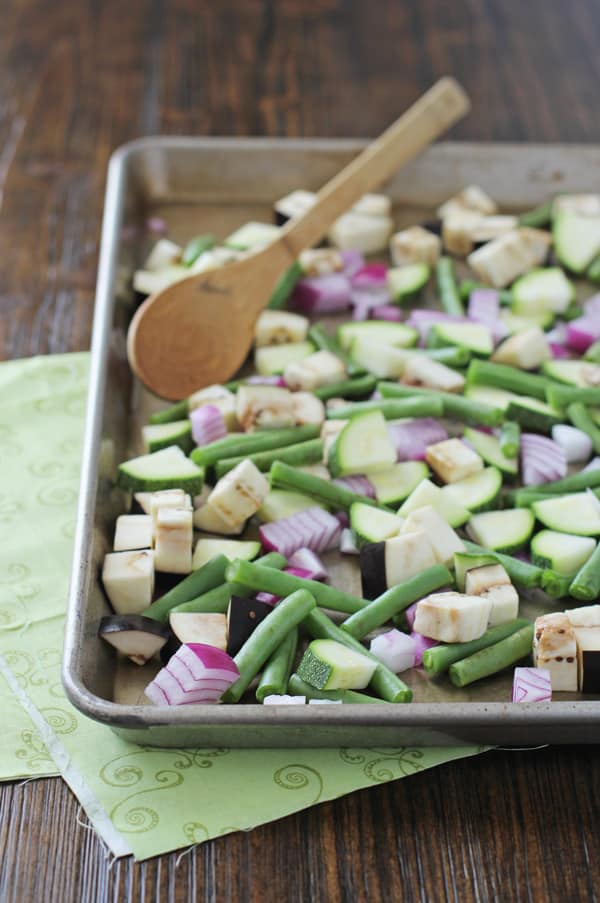 I used fingerling potatoes since I find them adorable and grab them whenever I see them. But you could use whatever potatoes you like! While the potatoes are boiling, whisk together a simple vinaigrette. Be sure to add the dressing to the potatoes and veggies while still hot so they really soak up the flavor. Fresh herbs are the finishing touch.

Potato salad gets better as it sits, so if you can hold off from digging in right away you’ll definitely be rewarded. 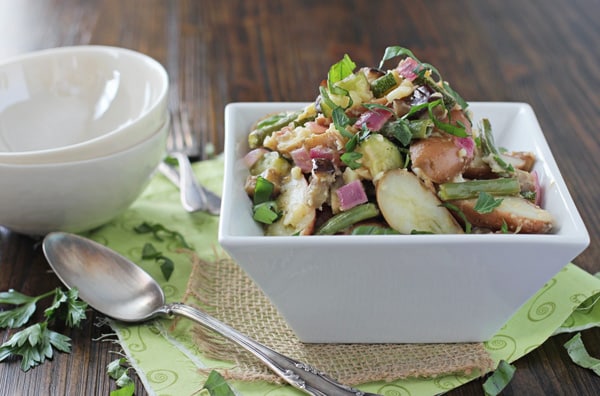