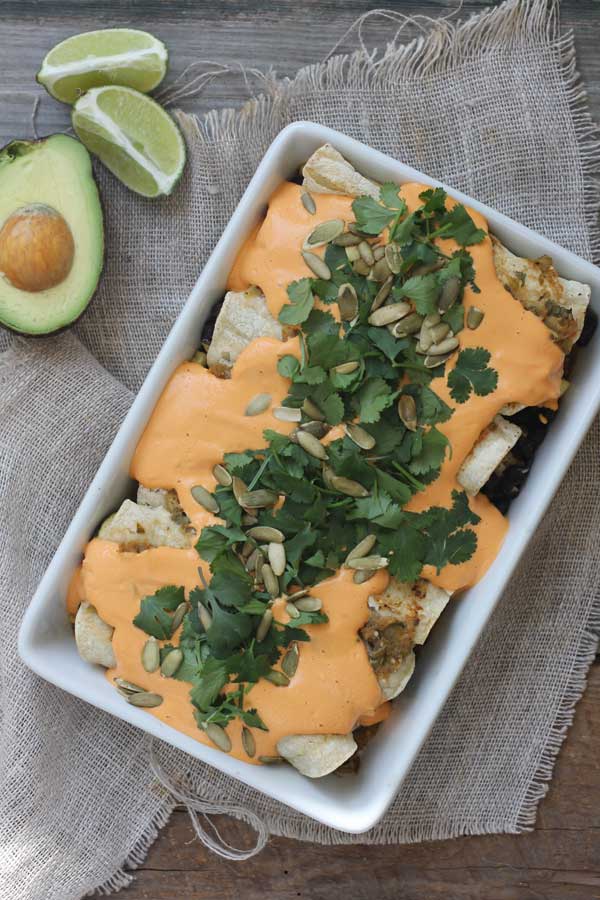 I have a thing for Mexican-inspired food. Sure, most people like it, but my family and I love it almost too much for words. I am pretty sure we would all be perfectly happy with some version of Mexican food every day of the week--it's an obsession of epic proportions over here. Tacos, chilaquiles, or huevos rancheros, we really aren't picky, but enchiladas always garner a resounding "YES!!!" from my whole clan. 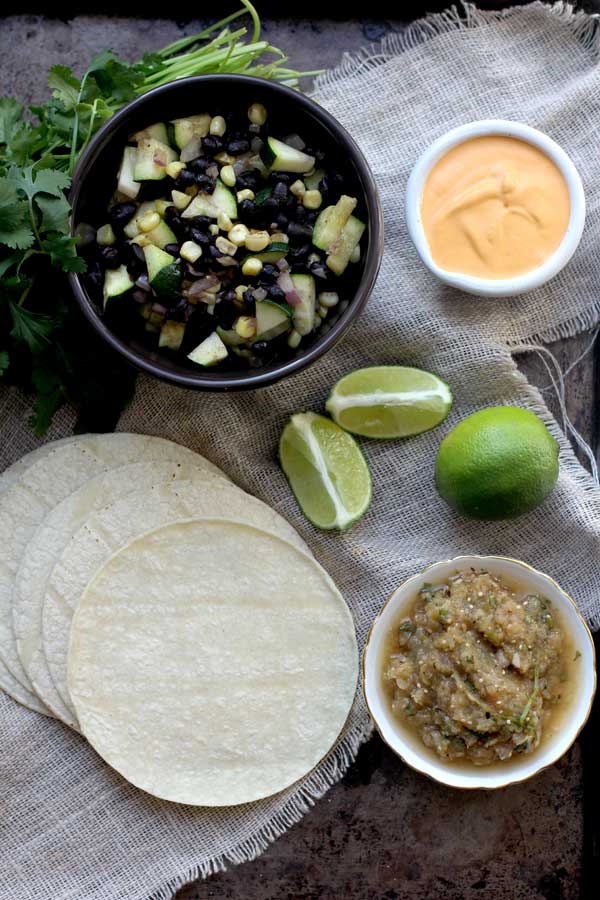 I have been testing out vegan enchilada recipes for a while now, and some of them were pretty darn amazing, but none of them had that creamy element that a thick layer of cheese lends to a traditional pan of enchiladas. I kept going back to the drawing board, testing more recipes, using my family as guinea pigs, and ultimately leaving each meal feeling full, but not satisfied. 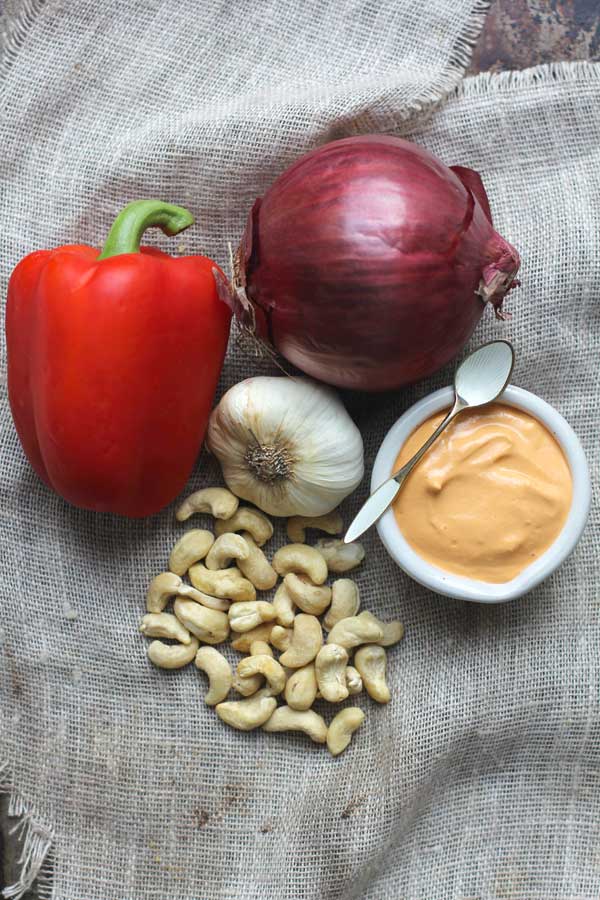 It actually wasn't until I developed my recipe for roasted red pepper cashew cream that I had a vegan enchilada epiphany. This sauce is creamy, smoky, and downright delicious… I was ravenously dipping tortilla chips in it, so why the heck not douse a whole pan of enchiladas in it too? So, that evening I made a great big pan of enchiladas and I smothered them in homemade tomatillo salsa and roasted red pepper cashew cream. It was magical! My daughter Eliza asked for these enchiladas at her 13th birthday dinner and I not only left the table fulfilled, I was finally 100% satisfied with my vegan enchiladas. 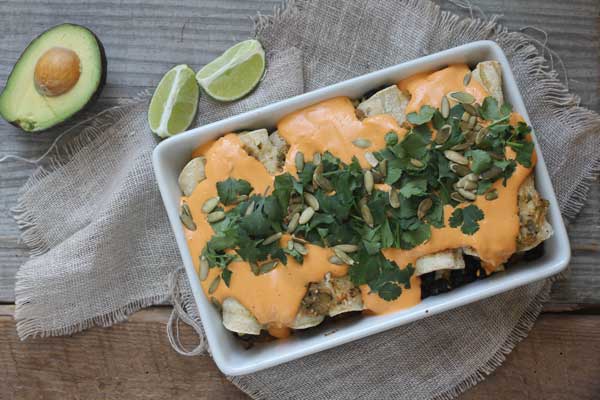 I use white corn tortillas because we are on a gluten-free diet, but you are welcome to use whatever type of tortilla you desire. If you find that your tortillas are too dry and splitting when you roll them simply wrap them in slightly dampened paper towels and heat in the microwave for 25-35 seconds to steam them until they're pliable enough to stuff and roll.