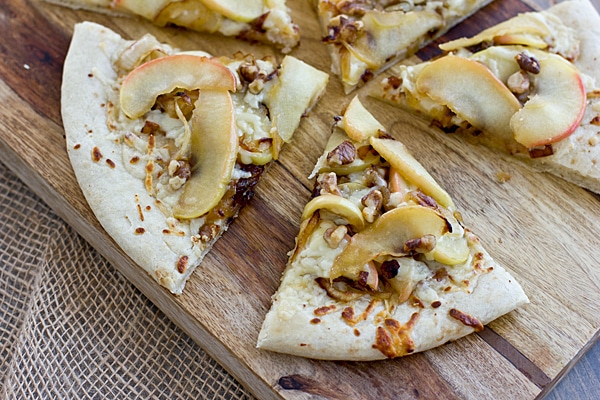 Working on this recipe was quite an internal struggle for me. I knew I wanted to do an apple cheddar pizza, and I kind of thought I wanted to add walnuts too. But a little voice kept nagging at me. 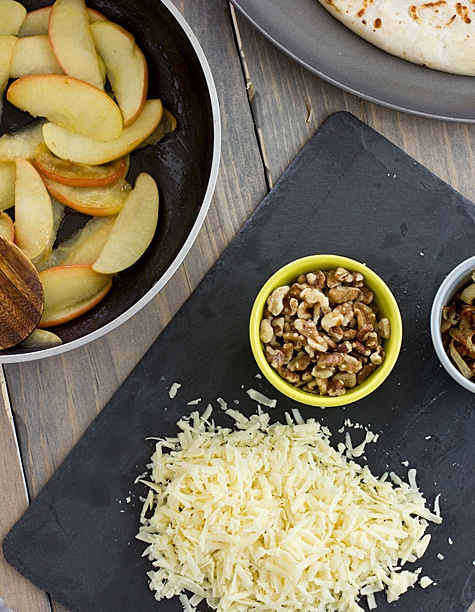 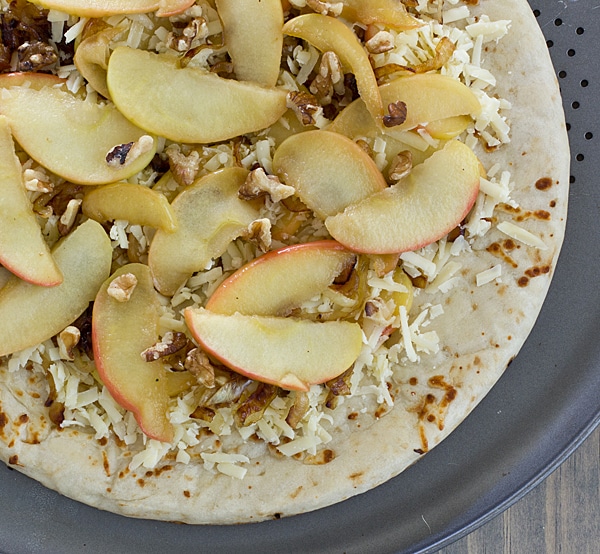 So yeah, it's another recipe with caramelized onions. I guess if you're not a fan of them, you're going to have to go read another vegetarian food blog.

Now, caramelizing the onions adds some extra time to making this, so if you want to omit them, you can. But you can also make the onions in advance. (I have a handy tutorial on how to caramelize onions on my blog too!) You can make a big batch of them over the weekend when you have more time and then plan a few meals that use them for throughout the week--they'll last about 5-6 days in the fridge, so it works out perfectly. 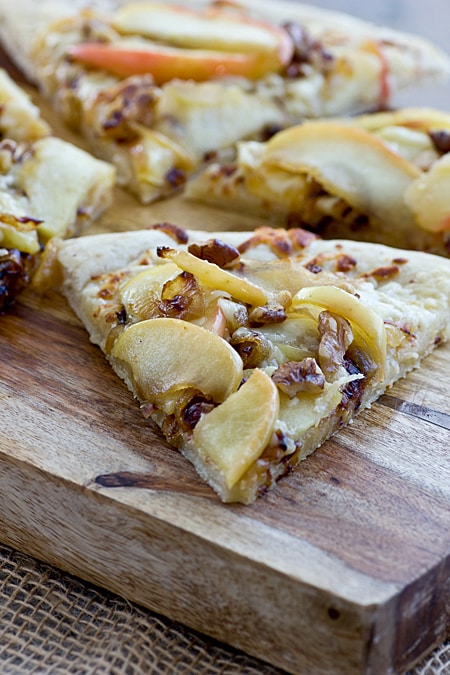 So with a prepared pizza crust and your batch of pre-made caramelized onions, this pizza makes for a really quick dinner. Saute the apples, throw everything on the crust, bake it and you've got a delicious sweet-and-savory apple cheddar pizza in about 20 minutes. 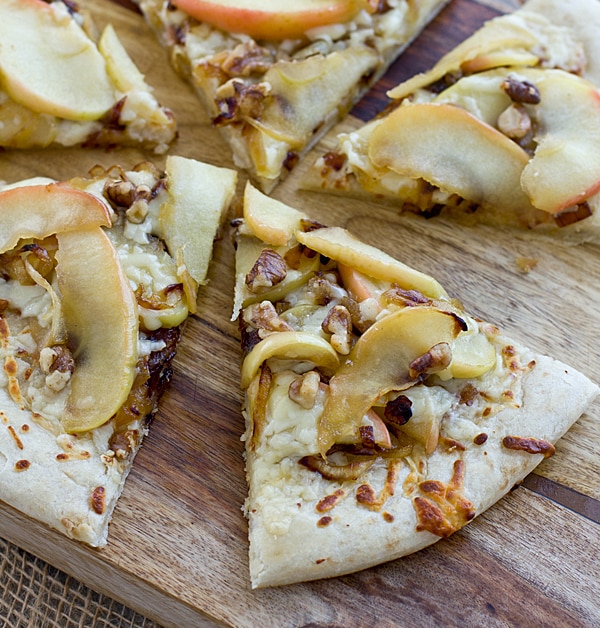 Make the caramelized onions in advance to shorten the cook time. If the instructions on your pizza crust indicate that it should be baked at a higher temperature than 375 degrees or for longer than 10 minutes, toast walnuts separately and add them to pizza after it's finished baking.