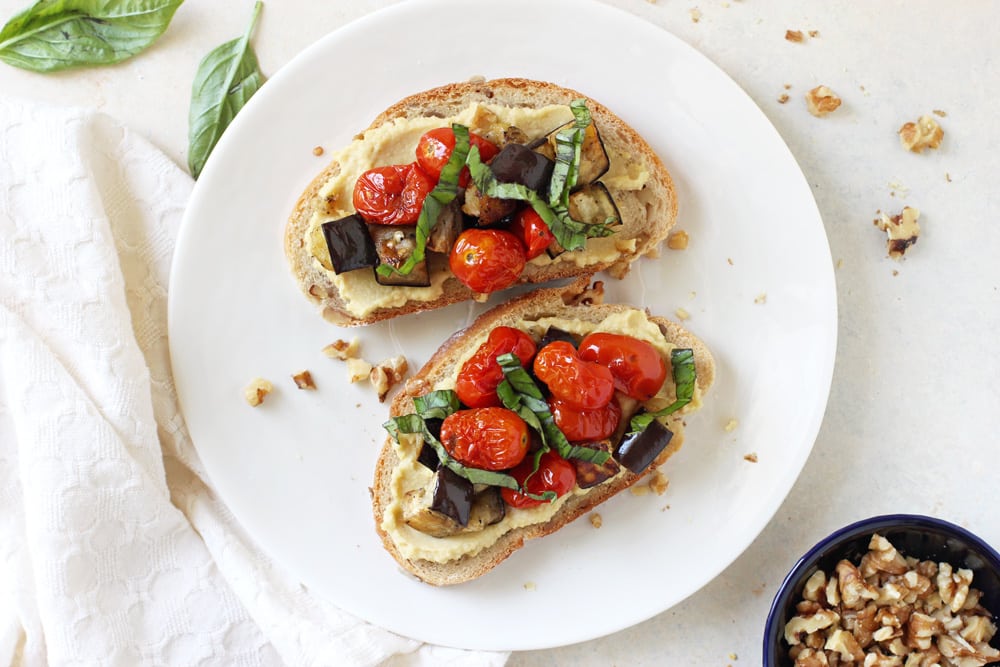 We’ve reached that point in the summer when I’ve decided that I’ve had enough of the season. To be fair, I’ve never been a summer person in the slightest (team fall all the way!), but after numerous weeks of oppressive heat? I’m really, really ready for the cool, crisp weather to move on in.

However, I will be sad to see all the gorgeous summer produce disappear come fall. Over the last few weeks we’ve had an abundance of juicy tomatoes in our CSA box, and eggplant is just starting to make an appearance. And I couldn’t be happier.

So it seemed appropriate to combine the two in these simple summer tartines. With toasted bread, an easy chickpea spread and roasted veggies, they are my idea of a perfect lunch or dinner. 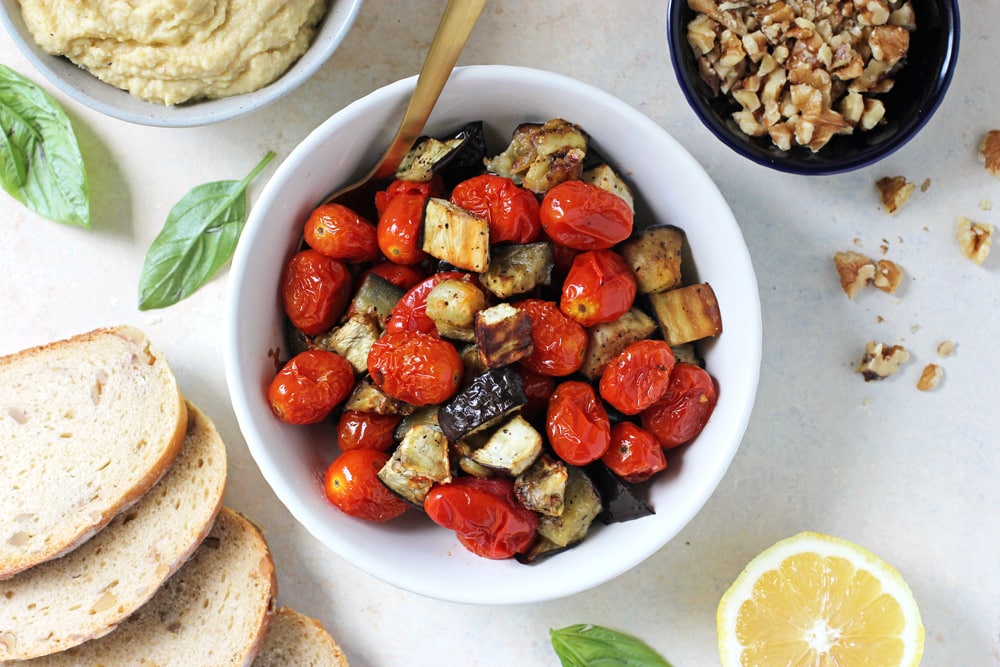 Now, first things first. Let’s talk about the chickpea spread. It’s made with just a few ingredients, like olive oil, honey, garlic and lemon. It’s reminiscent of hummus, but not completely, especially since there’s no tahini involved. However, if you’re in a pinch, you could definitely use your favorite plain hummus in its place.

But let’s get to the best part. The topping. Cherry tomatoes and cubed eggplant are roasted in the oven with just a little olive oil, salt and pepper until tender and starting to brown. On their own, roasted cherry tomatoes are one of my very favorite foods, but when combined with the caramelized eggplant? It’s a pretty killer combination.

We pile it all on toasted bread and finish it off with a sprinkle of walnuts for some crunch and some basil for a pop of freshness. Easy and full of the flavors of the season. 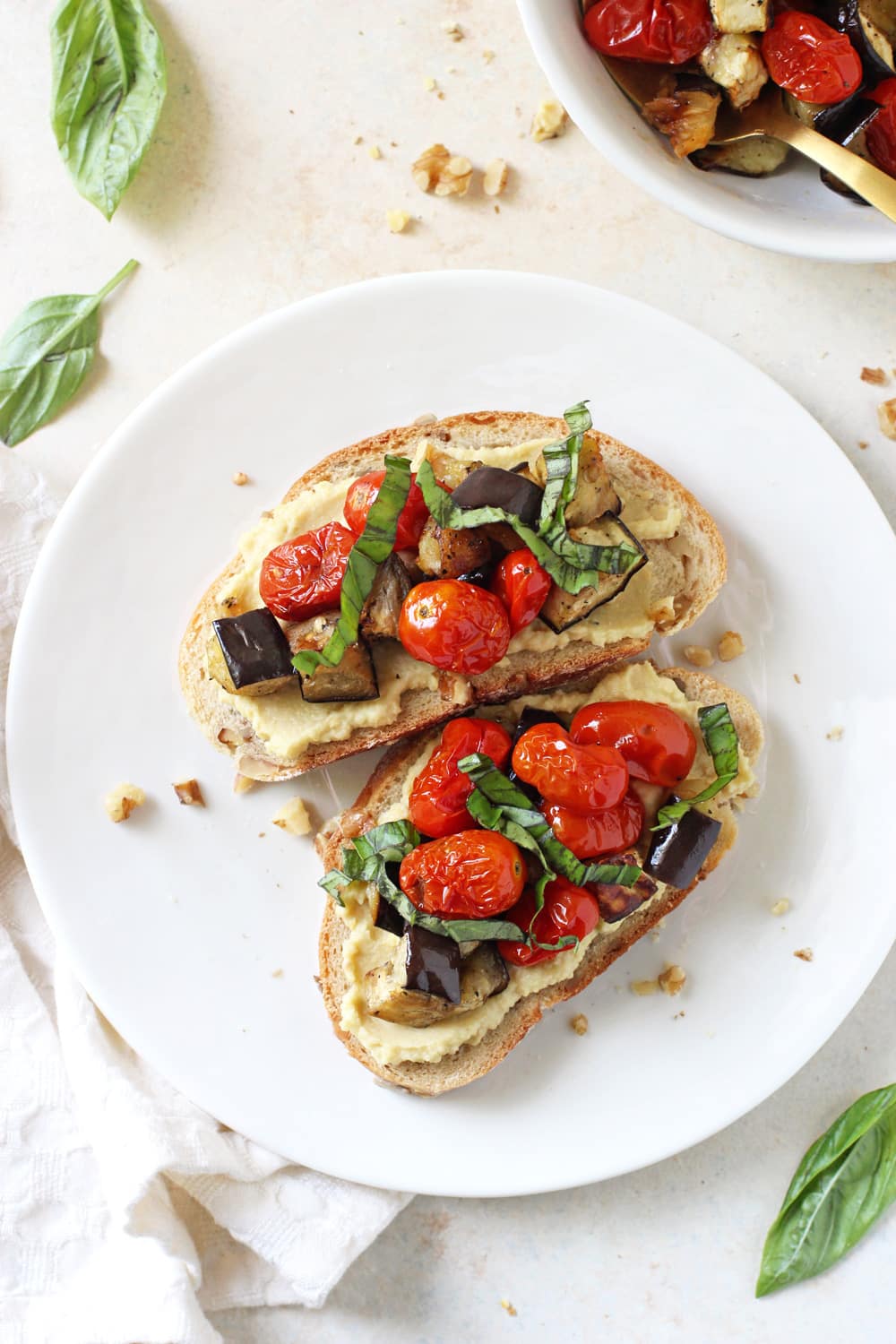 These tartines also make for a great meal prep dish. Both the chickpea spread and the roasted veggies can be made in advance and stored in separate containers in the fridge. And if you’re like me, you can even chop up some walnuts and basil so it’s all ready to go for a quick meal during the week.