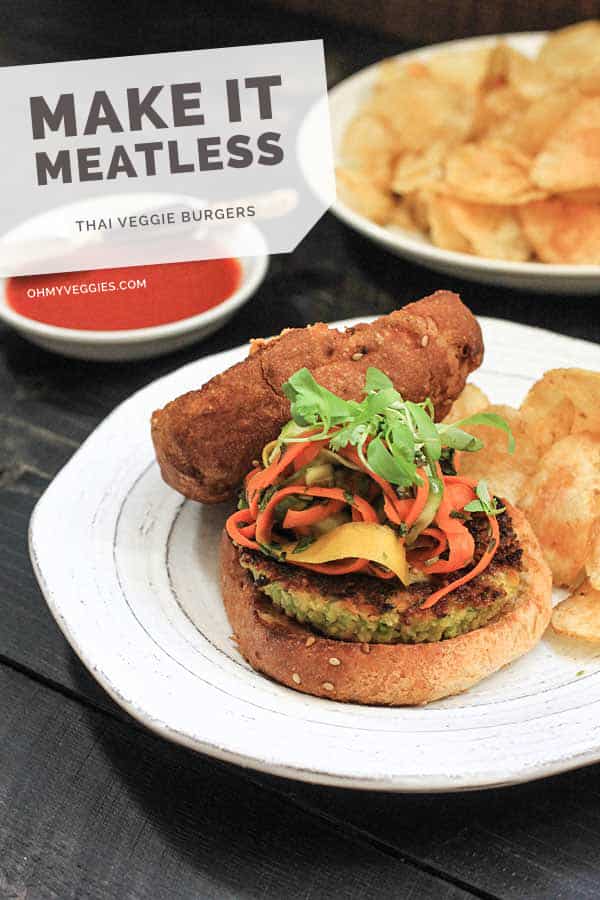 I've lived in a vegetarian household for over seven years now, and it's fair to say I've made my share of veggie burger recipes. Some have been insanely good, some meh, and some downright disgusting.

Two qualities are necessary for a good veggie burger: the right texture and, of course, incredible flavor. If you achieve only one of these, your burger will probably fall into the "meh" category—you don't like it and you don't hate it, but you probably won't ever make it again. And if you're missing both flavor and texture, forget it.

Then you have the veggie burgers that have it all, like these sturdy Thai veggie burgers—made all the better because they're piled high with Thai pickles and finished off with a generous smear of curried cashew cream. They're a little bit involved, so they're not your everyday kind of veggie burger, but they're perfect for a Saturday evening when you've got time on your hands and you want to make a dinner that will impress. 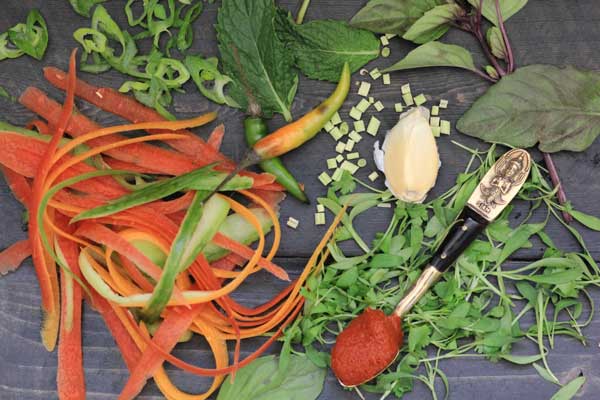 The secret to perfect veggie burgers

Inspired by a Thai Turkey Burgers recipe from Epicurious, these veggie burgers are packed with flavor thanks to Thai spices, toppings, and sauces. And the texture is just right—nice and firm so that they hold up to being topped, sauced, and manhandled in the bun. You know, like a burger should be!

When I was developing this recipe, I knew I wanted to use a blend of beans and oats to achieve the texture and flavor that would make this burger unforgettable. After a few failed attempts, I finally stumbled on a combination of edamame, oats, and—most importantly—dried chickpeas, soaked for 24 hours to soften them. The beauty of the soaked chickpeas is that there's no need to cook them first. Just grind the soaked beans in your food processor along with the rest of the ingredients, form your patties, and cook.

Soaked chickpeas are my secret to nailing the perfect texture in falafel (see my Sweet Potato Falafel recipe!) and they work for burgers too. The soaked chickpeas have a texture that's almost closer to a nut than a bean, so you avoid that mushy, bean-y texture that some veggie burgers can have. In a pinch, you can use cooked chickpeas from a can, but they may throw off the texture, so if at all possible, give this method a try because it's worth it! There really isn't much more prep time involved; you just have to remember to set the chickpeas out to soak the day before you make the burgers. 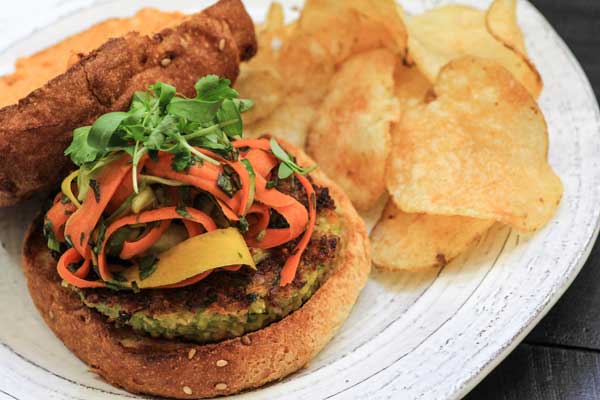 For the curried cashew cream:

For the Thai pickles:

For the Thai veggie burgers:

For the curried cashew cream:

For the Thai pickles:

For the Thai veggie burgers:

To build your burger:

The pickles and curried cashew cream can both be made in advance to save on prep time. If you can find Thai basil leaves, buy them for the pickles! They have a stronger flavor than regular basil. If you're unable to find Thai Chili & Ginger Sauce, we've tested this recipe successfully using 2 tablespoons of Thai chili garlic sauce and 1 teaspoon of minced ginger instead (cut the sauce down to 1 tablespoon for milder burgers!).