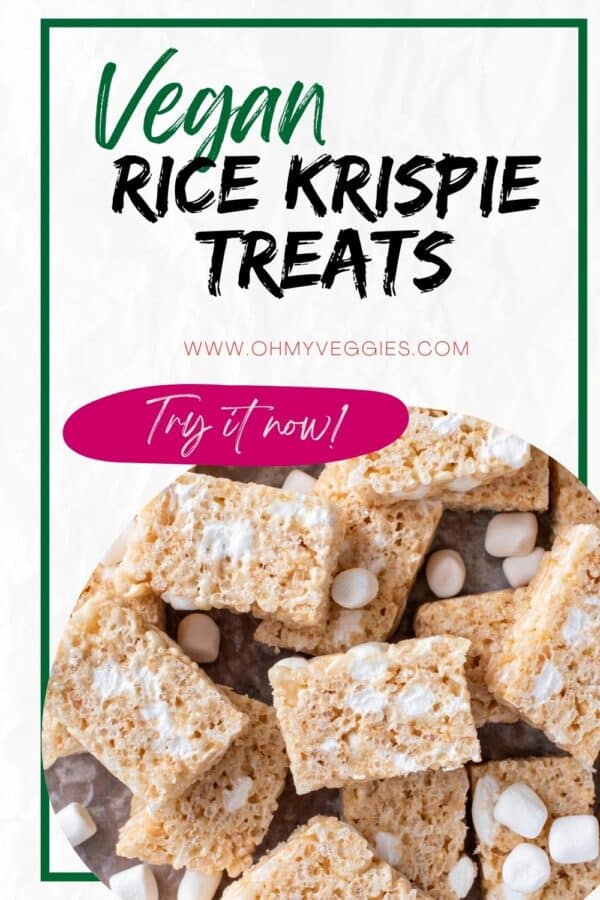 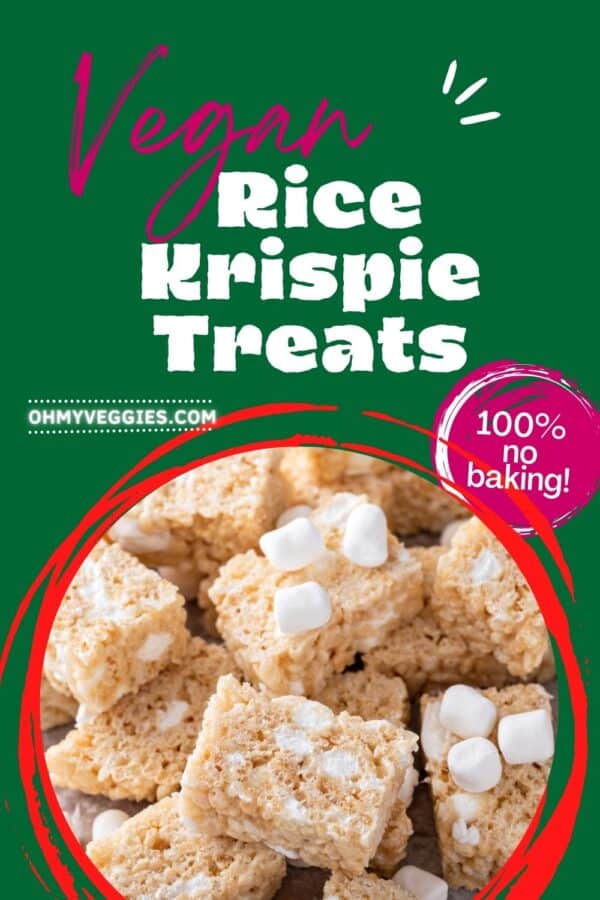 Rice Krispie treats always make for a great snack. So whether you need an easy dessert for your child's class or you just want to nibble on something, these Vegan Rice Krispie Treats are delightful.

These vegan rice treats require just a handful of ingredients. They're sweet and tasty—just how you remembered them. Only this time they're entirely vegan! These treats come together with very little effort. With just a little bit of heat and some vegan-friendly ingredients, you have yourself a delightful treat.

Whether you make these treats for Easter, St. Patrick's Day, Valentines' Day, or no holiday at all, Vegan Rice Krispie Treats are the perfect choice!

Full directions for how to make Vegan Rice Krispie Treats are in the printable recipe card at the bottom of the post.

Rice Krispie brand cereal is not vegan. Some rice cereals that are vegan include...

Make sure to melt the coconut oil and the vegan marshmallows on low heat. Melting them on high heat can make your krispie treats turn out rock hard. So spend the time and make sure you melt them on low heat. These vegan rice Krispie treats are worth the wait!

If you love these Vegan Rice Krispie Treats, you might love some of our other vegan treats! Check out these ones:

Take it up a notch

Once your vegan rice treats are complete, it's time to dress them up a bit! Drizzle your treats with dark chocolate, sprinkle them with sprinkles, or top with dark chocolate chips. It doesn't take much to make these vegan treats a bit more decadent.

Whether it's for St. Patrick's Day, Valentines' Day, or someone's birthday, you can add a few drops of vegan food coloring to change the color of your treats.

Here are a few examples of vegan food coloring:

If you prefer vegan butter, you can swap it out for the coconut oil. The recipe will still work beautifully. You can find our favorite Vegan Butters over here—Best Vegan Butter.

Unfortunately, Kelloggs Rice Krispie cereal is not vegan. To keep this recipe vegan, try one of the vegan cereals we mentioned above: Nature’s Path, One Degree Brown Rice Cereal, Made Good Vanilla Brown Rice Cereal.

Are vegan marshmallows hard to melt?

Why are my krispie treats falling apart?

The right ratio between cereal and marshmallows is the key to these Rice Krispie treats. There has to be a certain amount of marshmallows in the treat for the Krispies to stick together.

And if you're looking for even more tasty lunch ideas, go check out my new e-book Healthy Plant-Based School Lunches. It's loaded with all my favorite tips for making meatless school lunches that the kids will love! 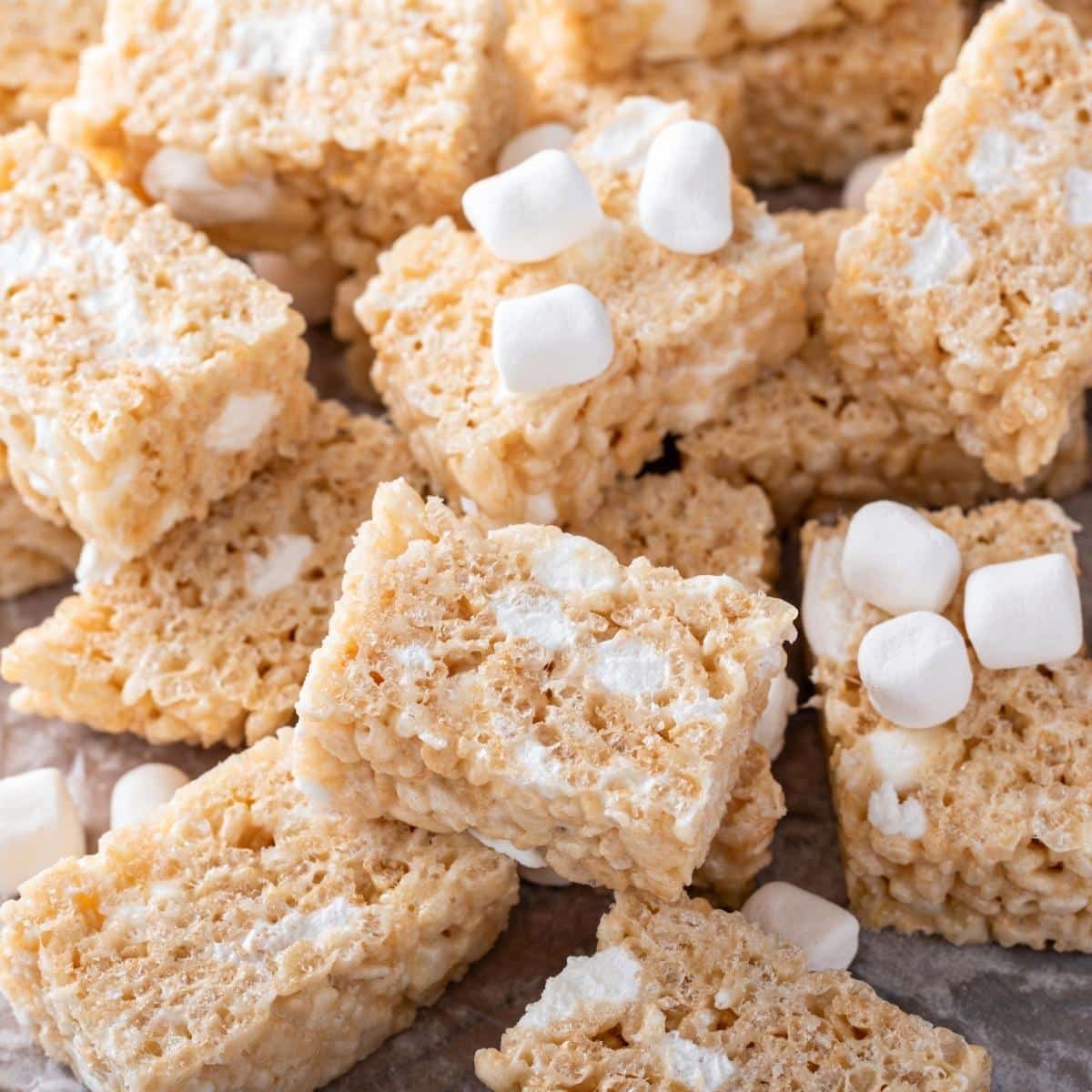