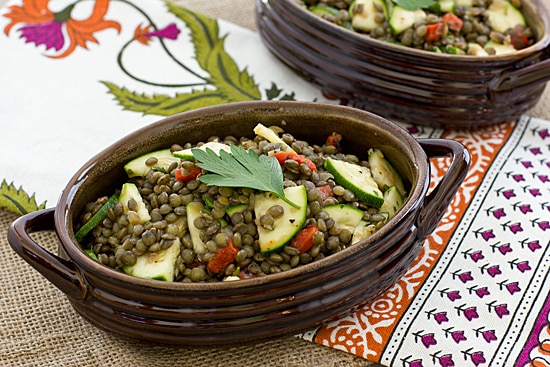 This Vegan Herbed French Lentil Salad recipe is perfect for summertime picnics or potlucks. If you can't find French lentils, use brown lentils.

When I was a senior in college, I had to take a summer of intensive French classes before I could graduate. When it came to languages, I was always a dabbler and I could never find one and stick with it, which is how I ended up in the predicament of spending 6 hours a day, 5 days a week taking French for an entire summer.

They say that immersion is the best way to learn a language but I say that that's a lie. Because I remember nothing. Nothing! Our instructor was of the opinion that it was most useful to learn "real world" words instead of the basics and that this must be learned by immersion. So the days in my French class were spent conversing about diseases, the pros and cons of nuclear power, and the United Nations. And to this day, one of the few French phrases I remember is "j'ai l'hepatite." 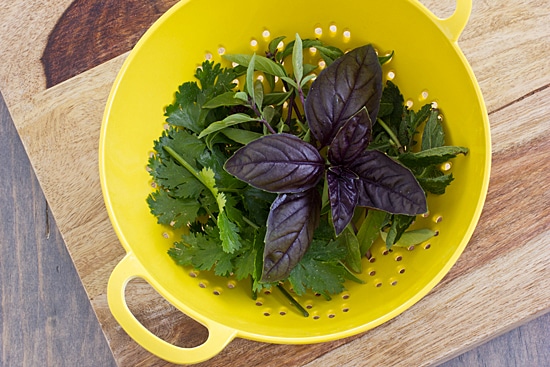 Between the whole immersion thing and the oppressive summer heat (in a windowless classroom!), the entire summer began to take on a surreal feeling. And so now whenever the weather starts getting hot and humid, I remember that summer of French immersion. A completely wasted summer because I speak no French at all. If I went to France, I'd be able to tell people to shut up and that I have hepatitis and angina and that's it. And if I went to France and said these things to people, I fear I may end up in an institution of some sort. This would not be a good vacation.

All this rambling is to say: I decided to make a French Lentil Salad because a) it was hot and a chilled salad seemed like it would be a good lunch and b) hot days make me think of French things. And French lentils are French things! 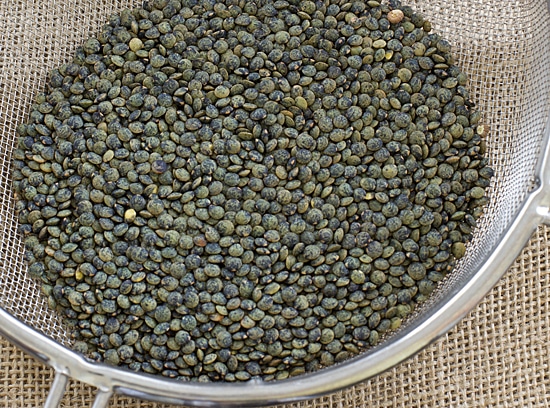 The difference between French lentils and regular lentils is that French lentils are slightly firmer (which works well in a salad) and a little bit smaller. You might also find them sold as French green lentils or lentilles du Puy. I paired the lentils with fresh herbs from the garden—I used a little bit of everything that I'm growing, so if you have an herb garden too, go wild! And if you're not growing any herbs this summer, grab some thyme, rosemary, or parsley from the grocery store or farmers market. This Herbed French Lentil Salad is a perfect light dinner or lunch and it makes a great take-along for picnics and potlucks. 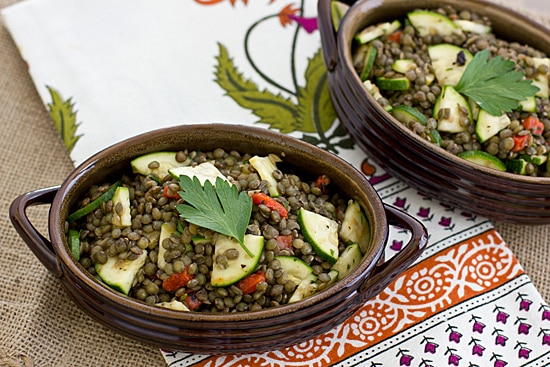 If you can't find French lentils, use brown lentils and follow the cooking instructions on the package.