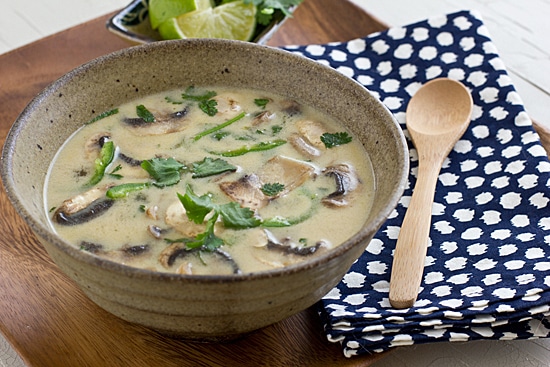 In case you were wondering, I'm still doing Weight Watchers (and I've lost 10 pounds—yay me!). It just feels weird to write about it all the time here. Anyway! I typically find it easy to stick to the plan for breakfast and dinner, and I'm not much of a snacker, so that's not a problem either. But lunch has been difficult. I don't like frozen foods and I'm not a big salad eater. I did sandwiches for a while, but I burnt out on those. I like some canned soups, but I'm trying to avoid them because of the whole BPA thing. When lunchtime rolls around, it's usually, "Oh, what I'm going to eat? I guess I'll have some potato chips and a tangerine." So I'm not so much over-eating when it comes to lunch—it's mostly just that I'm eating odd things. Things that don't really constitute a meal.

Not having time to whip up something from scratch on a daily basis, I've found that a good solution has been to make a big batch of soup on Sundays to eat during the work week. Soup is easy to heat up and I can have it with some fruit and one of my No-Bake Molasses Bites and it's a filling (normal! non-potato chip!) meal.

After a few weeks of various lentil soups, I've moved onto Asian-inspired ones. Last week, I found a recipe for Coconut-Lime Chicken Noodle Soup in Everyday Food (which apparently is so new, it's not even up on Martha Stewart's website yet—sorry, no link!) and I decided to adapt it to my tastes and diet to make Coconut-Lime Tofu Soup. I took out the chicken and noodles and added tofu and mushrooms instead. As I squeezed the lime juice into the pot, I was worried that the soup would be too lime-y for me, but it worked—it reminds me of the coconut soup that comes with the lunch special at our local Thai restaurant. 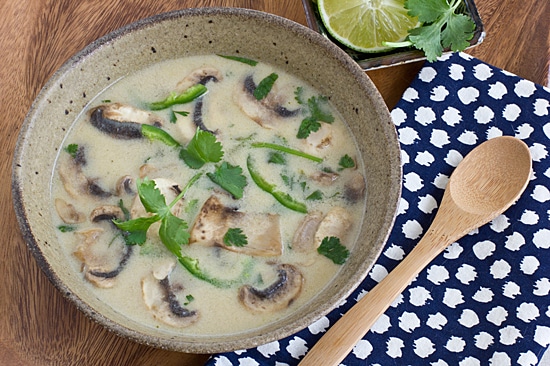