I can’t think of a single ingredient that divides vegetarians and vegans quite as much as bacon. There's the “I miss it soooooo bad and dream about it every night” camp, and the “of all non-vegetarian foods, bacon is the one I miss the absolute least” camp. I’ll be honest and say I was never a fan of bacon, so I put myself in the second camp.

Here’s something cool, though: Despite having no interest whatsoever in conventional bacon, I absolutely love baconizing vegetarian foods! Does this make any sense whatsoever? Actually, it does. Bacon does have some great attributes; it’s just that conventional bacon also has a bunch that I’m not a fan of. It's weird, but I had to become a vegetarian in order to discover how much I really love bacon. (Nope…that doesn’t sound crazy at all.) 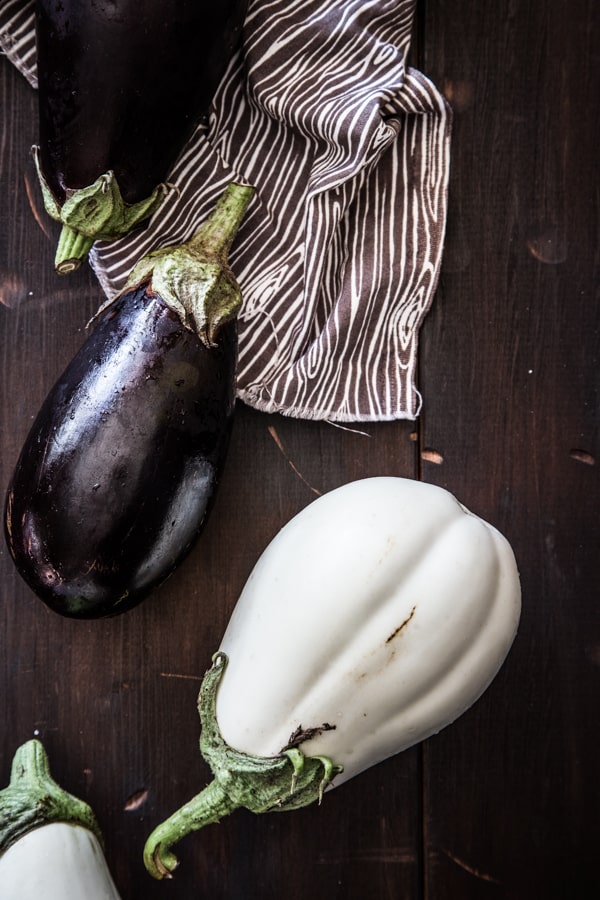 So, let’s talk about all the great things bacon has to offer, taste-wise: salty, smoky, tangy, that ever-so-slight hint of maple sweetness. These are all some pretty awesome flavor qualities if you ask me. The great thing about vegetarian bacon is that you can take all of these delicious aspects and infuse them into your favorite veggie food. Coconut makes fantastic crunchy bacon. Prefer something more hearty and maybe with a little protein? Tempeh will do the job. I could go on all day, but I’d rather get into my favorite veggie bacon base—eggplant.

Eggplant does an amazing job of soaking up flavors, so it’s no surprise that the eggplant in this vegan BLT is packed with flavor. It also cooks up tender, with just a bit of browning on the outside. A perfect bacon material indeed. In this sandwich the eggplant bacon adds some bulk and juicy goodness, which is perfectly complemented by crunchy romaine lettuce and sweet summer tomatoes. The icing on the cake (or sandwich) is a spicy sriracha cashew mayo that adds just the right kick to balance out the smoky flavors of the eggplant bacon. I really hope this sandwich makes a bacon lover out of you, too. 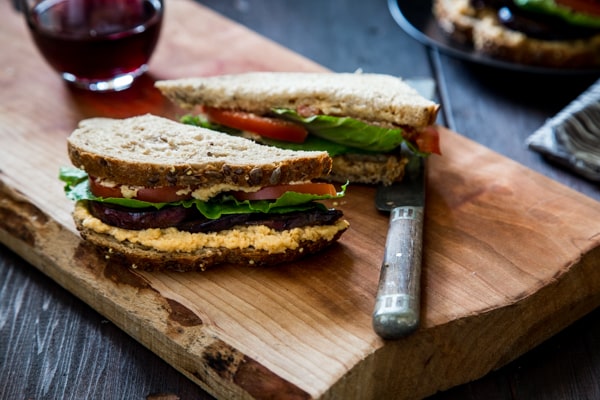 You will have more than enough Sriracha mayo for 4 sandwiches. However, I don't recommend scaling down the batch size unless you've got a small blending device that you're sure can adequately blend a small batch of cashews. You can freeze the extra mayo, use it some other recipes, or just store it in the fridge for a few days, as chances are you'll get a hankering for more of these sandwiches.