Not so many years ago, quinoa was a mystery to me. A box a hippie friend of my parents gave me when I was 13 (in the hopes I would maintain a balanced diet) sat in the pantry for a few years before I tossed it. So, it’s completely nutty and a bit romantic to think about how inseparable quinoa and I are now.

When I say inseparable, I mean I put it in everything! Looking for food inspiration? Pick out an old recipe and find a way to sub quinoa for something. Burgers? Yup. Salads? Of course. Dare I say, baked goods? Quinoa will make them better! 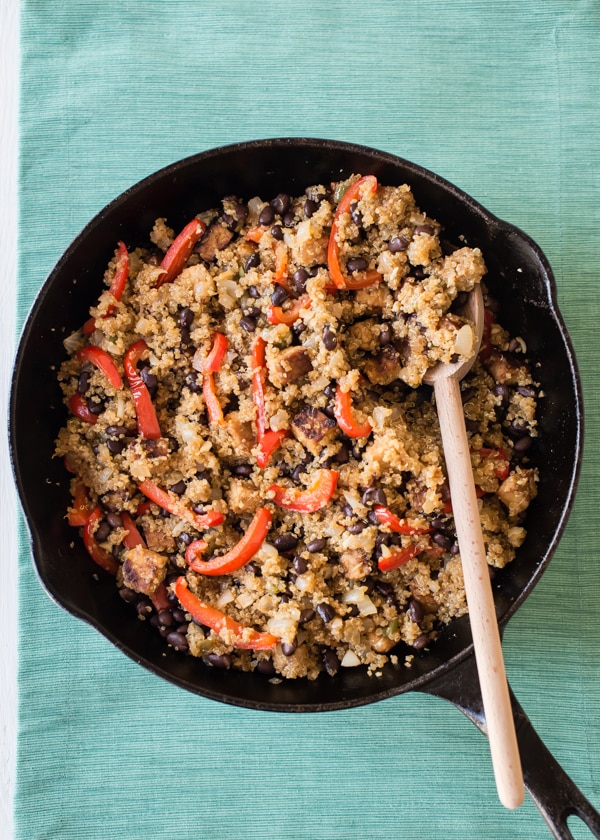 Subbing quinoa for rice is sort of a no-brainer. You can usually get away with making a direct swap, and the result is a new, improved and more nutritious dish. This, however, was my first time making the quinoa switch in fried rice. Until now, I’ve sat by and watched dubiously as other bloggers made claims that quinoa is capable of obtaining the savory flavor and crisp texture of my old Chinese-buffet favorite. Turns out, they weren’t lying. Fried quinoa is amazing.

This version of fried quinoa “rice” has another twist: While you may be familiar with Cuban rice and beans, fried Cuban rice and beans are another story. This recipe, an adaptation of a Cuban Fried Rice recipe from Better Homes & Gardens, is more of a fusion-type dish involving Cuban flavors and Chinese technique, hence the beans and pineapple. You’ll typically find pork in Cuban fried rice, hence the smoky tempeh, which perfects the flavor and texture of this dish. Think fried rice, only better. 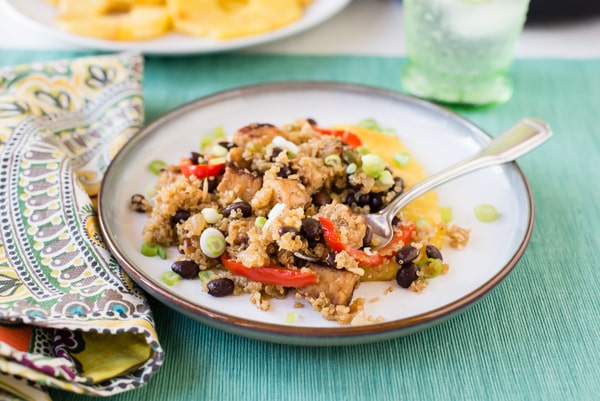 For the Smoky Tempeh

For the Fried Quinoa

As is the case with fried rice, this works great with leftover quinoa. You'll need about 3 cups.