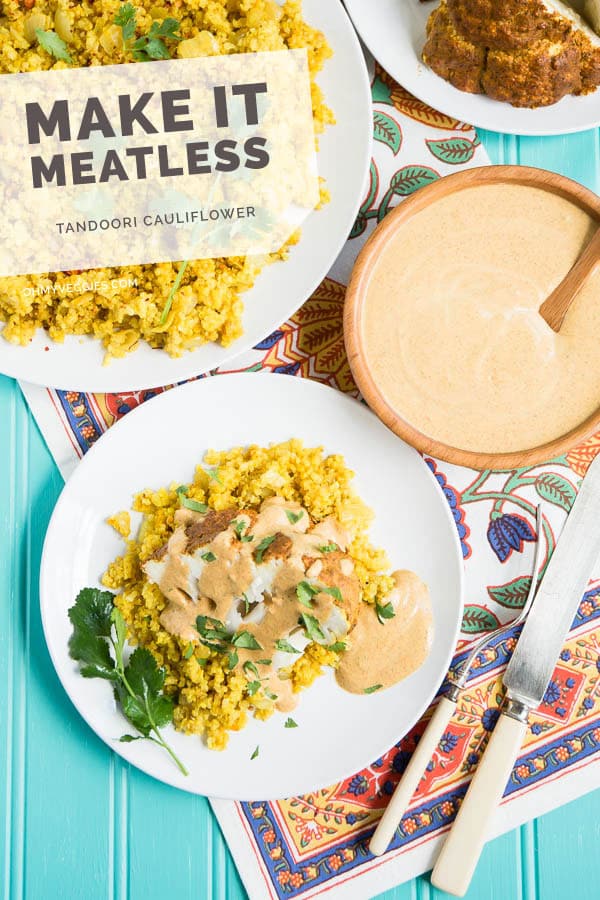 A few months ago, Kiersten and I were discussing all of the various shapes and forms that cauliflower takes on -- usually replacing some sort of meat-stuff. Cauliflower burgers, wings, even steaks! And I remember joking, "I should totally take a whole cauliflower and make a cauliflower 'Cornish game hen!'" And Kiersten said something like, "Actually, you really SHOULD do that!" And then I seriously toyed with the idea for awhile, but that was it. Whole roasted cauliflower was put on the back burner. So to speak.

Well, today, it has happened. Finally. Today, we have a whole roasted cauliflower. My life is complete.

This Tandoori Cauliflower with Indian-Spiced Quinoa was inspired by the popular Indian dish Tandoori chicken, specifically the version found on the fantastic food blog Simply Recipes. 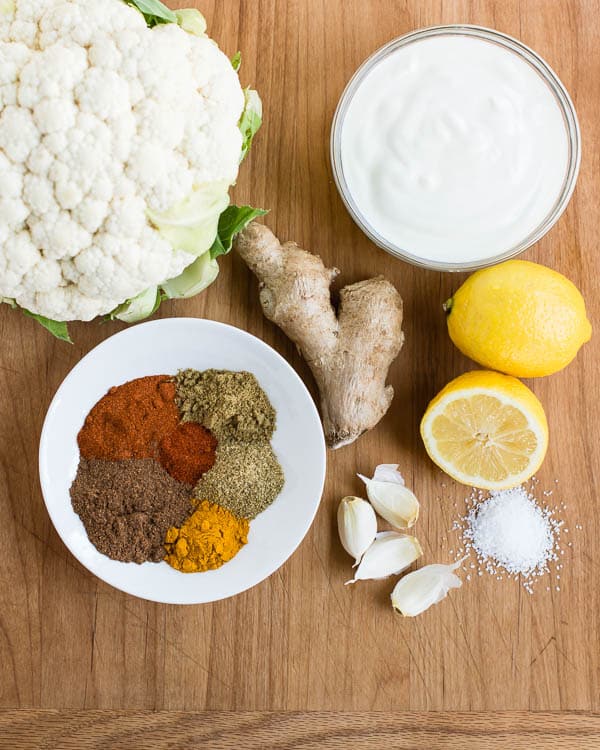 In Tandoori chicken's traditional form, the meat is marinated in a mixture of yogurt and spices and cooked in a clay oven called a "tandoor." It's often served with an aromatic spiced rice and/or a yogurt-based dipping sauce.

Alas, I have no clay oven at my disposal, so rubbing the head of cauliflower with a the spicy yogurt marinade and roasting it in my plain old oven had to do. For the side, I chose quinoa instead of rice. I love the idea of using protein-rich quinoa in this recipe to make it a full, satisfying meal. And while yeah, the cauliflower is fun, healthy, delicious, and even slightly whimsical, the Indian-spiced quinoa is what really makes this one for me. I adore it.

One thing my carnivorous husband and I both loved about the whole-roasted Tandoori cauliflower was that when it's baked whole and then cut into wedges for serving, it stays firm -- yet still tender. No mushy cauliflower here.

The list of ingredients is long, I know -- but please don't be intimidated! Most of the ingredients are spices you probably already have in your cupboard. And if you need to buy any, be sure to check out the bulk section at your local well-stocked grocery store. You'll no doubt save gobs of money that way. 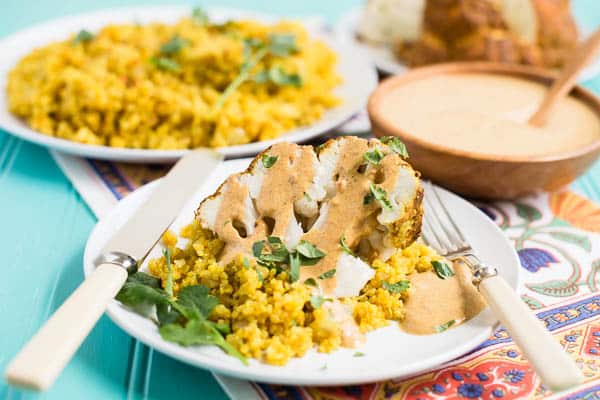 For the Tandoori cauliflower:

For the Indian-spiced quinoa:

For the yogurt sauce: