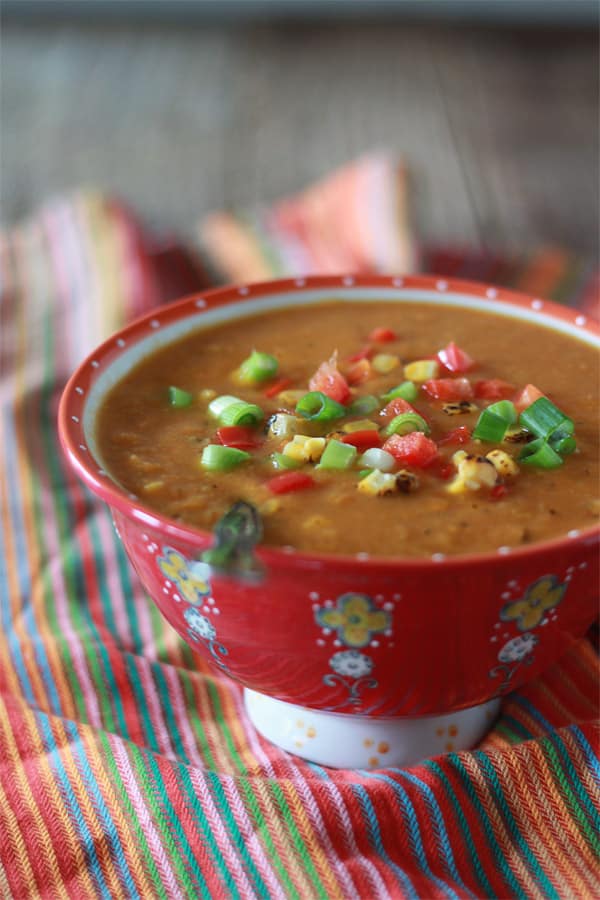 We have a favorite corn chowder around here, but it's heavy on the cheddar and the cream. This version is much (much!) lighter, and it's made in the slow cooker to boot. Healthier and hands-off?! Love it. And I know it sounds a little cliched, but when we're eating this corn chowder instead of our usual dairy-heavy version, we really don't miss the fattening stuff. 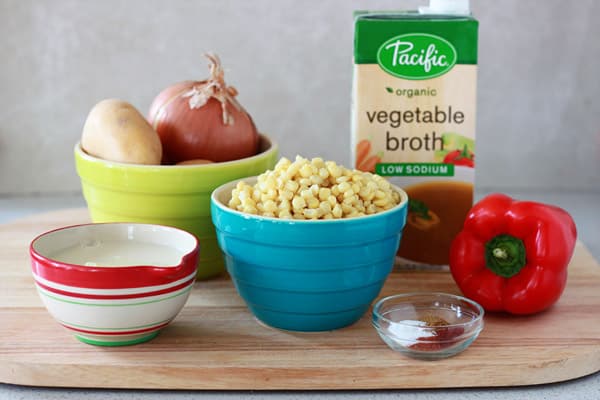 I do have to admit that I found it a bit challenging to create a thick, rich, and creamy vegan corn chowder without my usual dairy products--it took me a few tries to get it right. I include buttery Yukon Gold potatoes, and then I puree the whole darn thing before adding the majority of the corn. And then for good measure, I finish with a couple glugs of soy milk, which gives it a bit of richness and a velvety texture.

I know I should suggest a nice light green salad served alongside this soup, and it probably would be wonderful. But the truth is, I really prefer a whole mess of saltine crackers piled in and around this one. Comfort food to the max? Check! 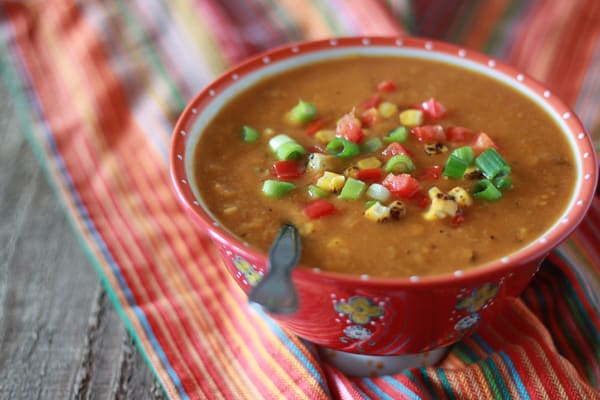 If you're going with frozen corn, I recommend Trader Joe's fire-roasted corn. It adds an extra note of smoky flavor that can't be beat.