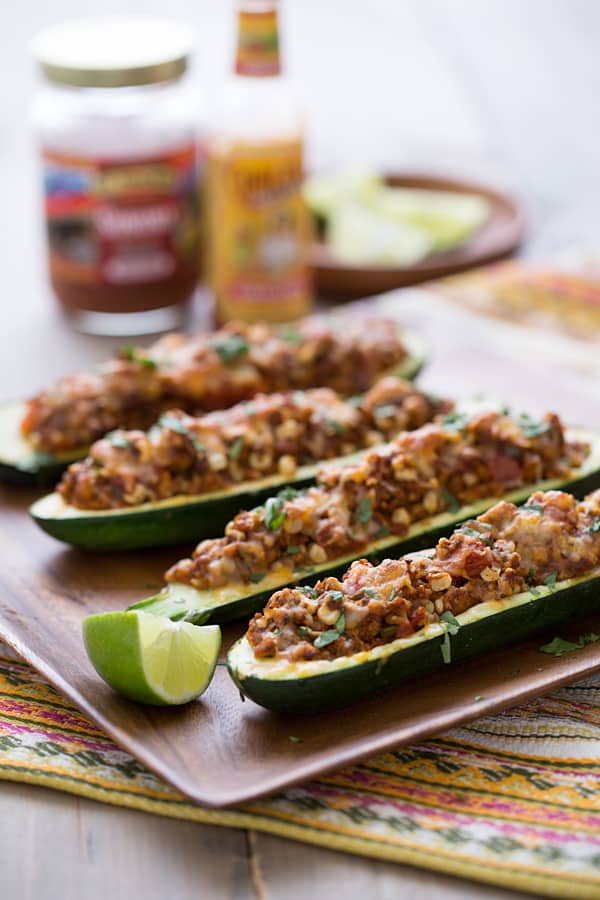 Sometimes when I post a recipe during the summer months that requires baking in an oven, I get all sorts of, "I'll make this when summer is over and I can use the oven again" comments. This was the first time I realized that there are a lot of people who object to using their oven when it's hot outside. So if you are one of those people, well, you might be able to grill these. (I'll leave it to you to figure out how.)

For me, I can't imagine not using my oven for any length of time. Even when we lived in a closet-sized apartment with no a/c and an ancient oven that got almost as hot on the outside as it did on the inside, I used my oven during the summer. No amount of discomfort is going to keep me from baking things! And some of my favorite summer foods are made in the oven--slow-roasted tomatoes, stuffed zucchini, and fruit leather made with fresh fruit. 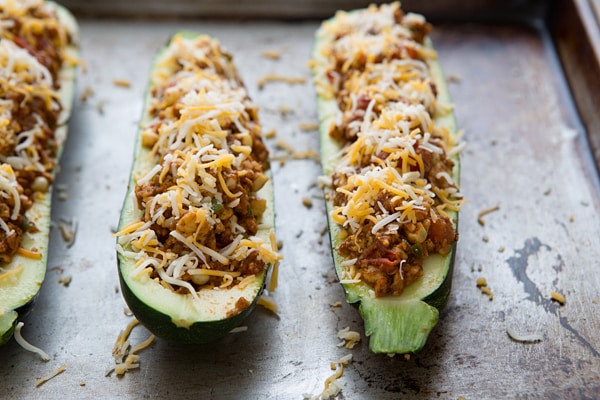 I've posted a stuffed zucchini recipe here before, but the stuffing in that recipe is made of onions, zucchini, artichokes, and sun-dried tomatoes. This Taco Stuffed Zucchini is closer to the kind of stuffed zucchini I grew up on as a kid. My mom would make it with ground beef and lots and lots of cheese. We used to harvest insane amounts of zucchini from our little backyard garden, so stuffed zucchini and zucchini bread were both summertime staples at our house.

Well, obviously, my stuffed zucchini doesn't have ground beef in it--I used tempeh instead. If you haven't used tempeh before, this is a good recipe to start with! You might want to take a look at my post on how to use tempeh. The great thing about tempeh is that it crumbles up to make a perfect substitute for ground beef and it takes on the flavor of whatever you add to it. My mom's recipe didn't add much of anything to the meat, but since I'm not crazy about the flavor of tempeh on its own, I added taco seasonings, with a healthy dose of cayenne to make my stuffed zucchini spicy. I used cheese both in and on the filling, and I threw in some corn because it's summer and I kind of have to throw corn in everything. (What can I say? I love corn.)

Taco Stuffed Zucchini? Totally worth turning your oven on for this summer. 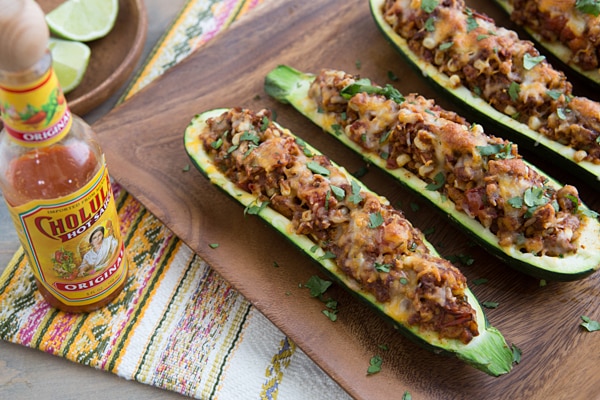