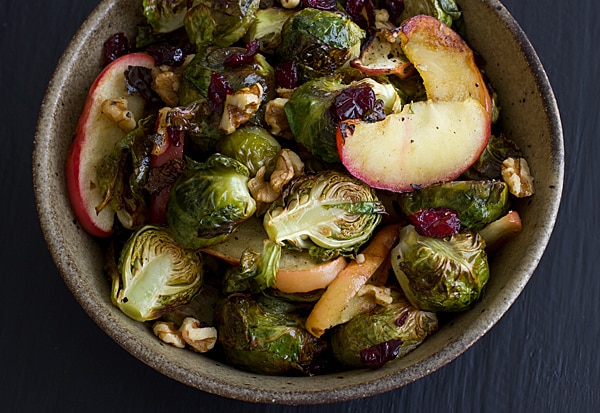 Last week I asked about brussels sprouts on my Facebook page. And you have strong feelings about them! Many of you had a similar experience of hating them when you were kids and loving them as adults. I liked pretty much every vegetable as a child, but brussels sprouts? Those I just would not touch. They were bitter, awful, nasty little vegetables.

I don't know what persuaded me to try them again as an adult, but I did and I realized that, like so many other foods, when cooked right, brussels sprouts are delicious. I still hate steamed sprouts, but when they're sauteed, they're pretty decent. And when they're roasted, they're even better. In fact, they're so good roasted that I rarely make them any other way. 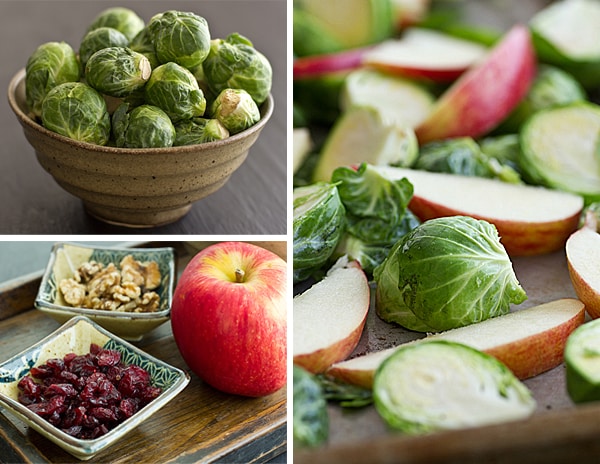 When you roast brussels sprouts, that objectionable bitter flavor disappears. The outer layers get a little bit browned and crispy. And everyone loves browned and crispy! My favorite thing to do with roasted brussels sprouts is to pair them with sweet flavors (like in my Brussels Sprout & Grape Galette). Usually I just go for one sweet addition, but this time I added three: dried cranberries, apples, and a drizzle of maple syrup.

Is it a little much? I don't think so, although I did worry that it would be. I was going to add two of the above, but my husband insisted that I add all of them. And since he was right about the Roasted Poblano Mac & Cheese, I figured I should trust him on this one too. (Although this is also the guy who puts maple syrup on hash browns...) 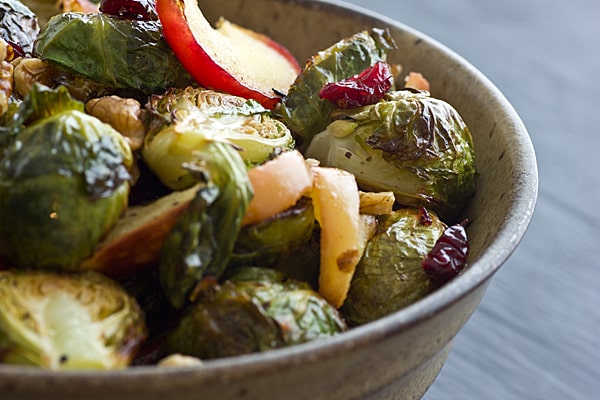 If you're still a little bit dicey about giving brussels sprouts another try as an adult, this is a good recipe to start with. Because there's a lot of sweetness to counteract the brussely-ness. It's a beautiful fall side dish and it would look pretty fabulous as part of a Thanksgiving spread.

Also, brussels sprouts look like tiny adorable cabbages. How can you say no to wee bitty cabbages? You can't! 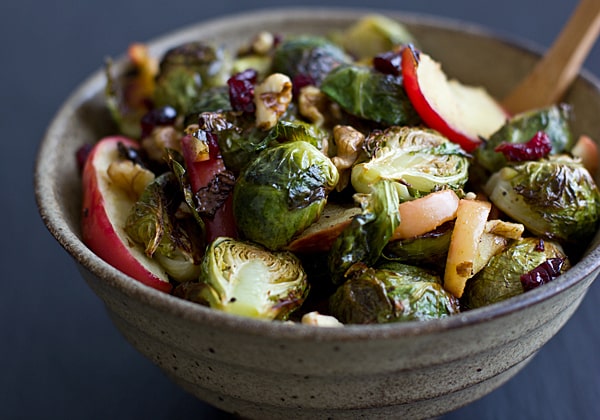