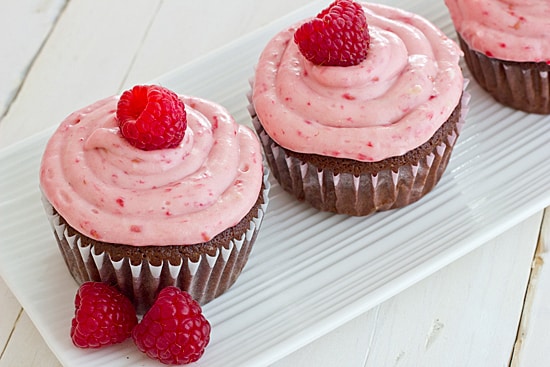 Lambic, in case you didn't know, is the best beer ever. Yes, it's true. It's a Belgian beer and it's fermented differently than other beers, using wild yeasts and bacteria instead of brewer's yeasts. (Thanks, Wikipedia!) The most well-known lambics are the ones made with the addition of fruit--Framboise, Kriek, and Peche (raspberry, cherry, and peach). And in my opinion, these are also the most delicious lambics. While I've tried other fruity beers, lambics are the only ones that I really like. Although lambic might not be found at your local grocery store, you can usually find it at specialty liquor stores and at World Market, which is where we buy it.

Having seen desserts and other confections made with stout beer, I wanted to try using Framboise lambic to flavor cupcakes. Because I was worried the raspberry flavor wouldn't be able to compete with chocolate, I added raspberry puree to the frosting. (And then I had "Raspberry Beret" stuck in my head for several days, substituting the word "puree" for "beret." I'm not sure what kind of raspberry puree you buy at a second hand store, but I have a feeling it's not very good.) I really had nothing to worry about, though, because the raspberry flavor definitely comes through in the cake; the batter tastes like a chocolate raspberry truffle (salmonella never tasted so delicious!) and when the cupcakes are baking in the oven, your whole kitchen will smell like chocolate and raspberries. The cake is light, fluffy, and moist--so light, it's almost like angel food cake. Almost, but not quite. 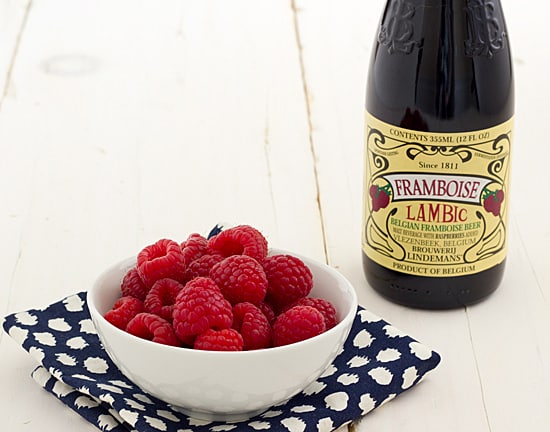 The addition of the puree to the frosting makes it a little bit thin--this is not the kind of frosting that can be piped into 3-inch tall peaks. If that's your thing, you can omit or reduce the amount of raspberry puree that you add or simply add more powdered sugar. Refrigerating the frosting before piping it onto the cupcakes will also make it thicker, but if you keep the cupcakes out for any length of time, the icing will probably start to deflate a little.

My husband doesn't like cake or frosting, but he loved these chocolate lambic cupcakes. And I am a big fan of cake and frosting, and these just might be the best cupcakes I've ever had. They're decadent, but not too heavy. And they're sweet, but not cloyingly so. These are the perfect cupcakes for adult palates. Because, you know, there's beer in them. 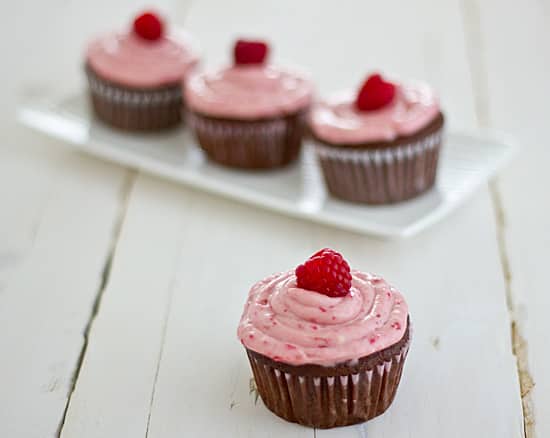