Brownies and beer, together at last! This Cherry Lambic Brownies recipe is made with fresh Bing cherries. The brownies are rich, fudgy, and perfect with a scoop of ice cream.

These are those kind of brownies.

The kind of brownies where you eat one and swear off chocolate for the rest of the year and vow to eat salad (and salad alone!) for the next week. But then you sneak one for breakfast the next morning. And maybe one for lunch too.

The kind of brownies that are so rich and fudgy, you have to eat them with a spoon.

The kind of brownies that incite arguments over who gets the last one. 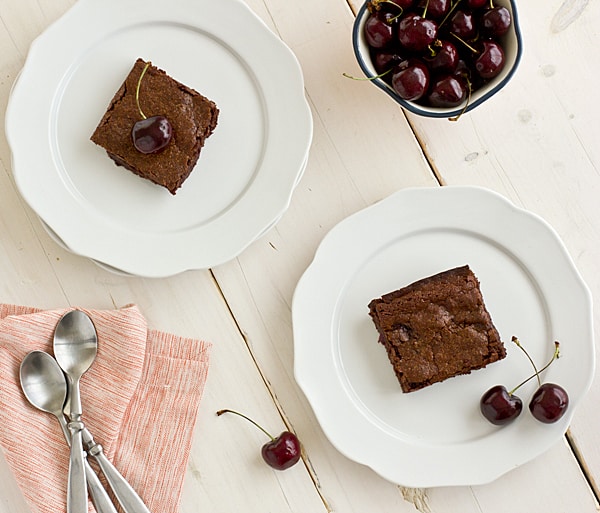 I realize that Cherry Lambic Brownies aren't exactly why you read Oh My Veggies, but I had this idea floating around in my head ever since I made cupcakes with raspberry lambic earlier this year. I loved the hint of fruit the lambic added to those chocolate cupcakes and I wanted to experiment with using it in more baked goods. So I added "cherry lambic brownies" to my big list of recipes to make and it sat there for several months. 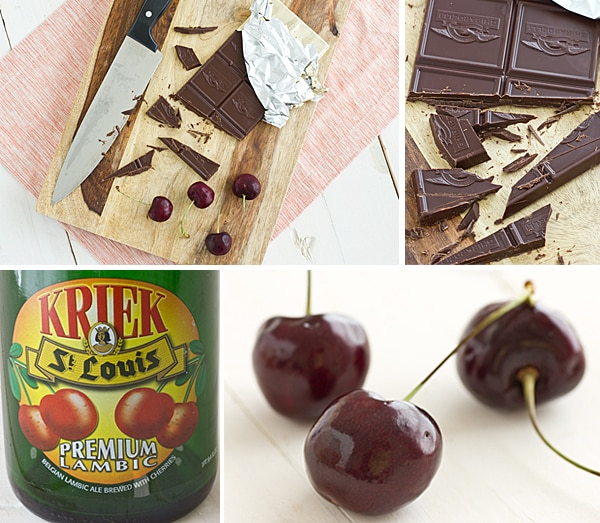 I found myself putting off making them because rich, decadent desserts tend not to do well on my blog. However! I'm a big believer in the power of the occasional brownie. And these brownies are so good, they're worth sharing. So if you're not here for brownies, you can come back tomorrow and I promise I'll have something healthier for you. Deal? 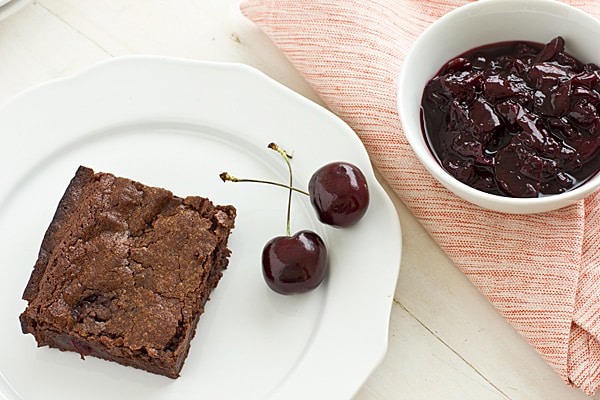 Although I love cherries, I'm not a big fan of cherries in pies and cakes. The flavor is a little too much for me. I thought I'd try using Bing cherries because they're in season and they have a mellower flavor than other, more assertive cherries that are used for baking. The lambic also adds more of a cherry undertone to the brownies--it's understated, but it's there. Make no mistake though, chocolate is the star here. 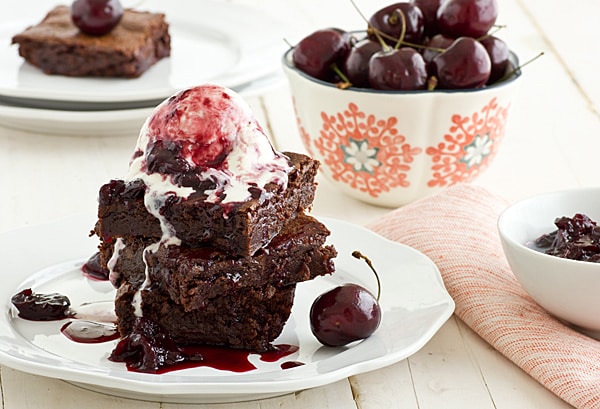 After making this recipe, I discovered the best tool for cutting brownies: a bench scraper! Instead of cutting with a knife, use a scraper to cut perfect squares.