The following story may not seem to have much to do with a Raspberry Banana Chia Smoothie recipe—but hear me out.

The day after we got back to Raleigh last week, I woke up with tonsils so swollen, I could barely swallow water, a non-stop hacking cough and I sounded like Big Ang when I tried to talk. (Yes, I realize that exactly two of you get the Big Ang reference, but I'm okay with that.) I immediately picked up my iPhone and Googled to find out the symptoms of SARS and I was relieved to find out that I did not seem to have SARS. But then I realized that could only mean one thing:

I must have consumption. 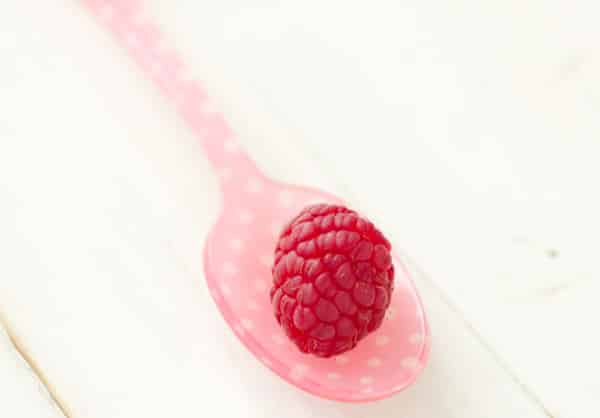 So since I have consumption and all, this weekend seemed like a good opportunity to revisit this Raspberry Banana Chia Smoothie recipe. I started working on it about a month and a half ago. You'd think a smoothie recipe would be pretty straight-forward, but for some reason it took me a lot of tries to get this one right. Seeing as my tonsils are about the size of golf balls right now, I wanted it to be a little bit thinner than I usually make my smoothies, so I decided to add fewer raspberries this time around. I think that was the key to finally (FINALLY!) nailing this recipe—fewer raspberries meant the smoothie wasn't so tart. In fact, I didn't even add any sweetener to mine, although you may want to taste yours and add a little if needed. 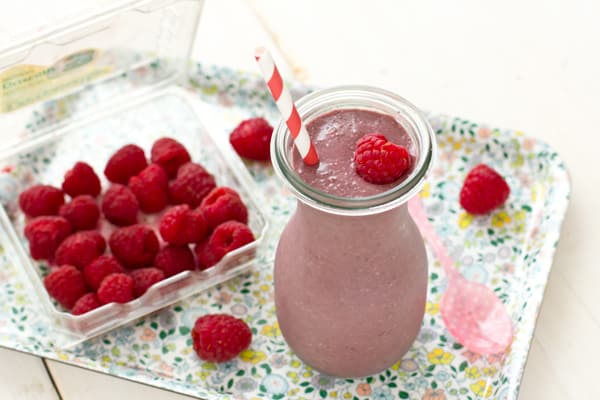 I wanted to make this smoothie on the thin side, but if you want yours thicker, try using ¾ cup milk instead.