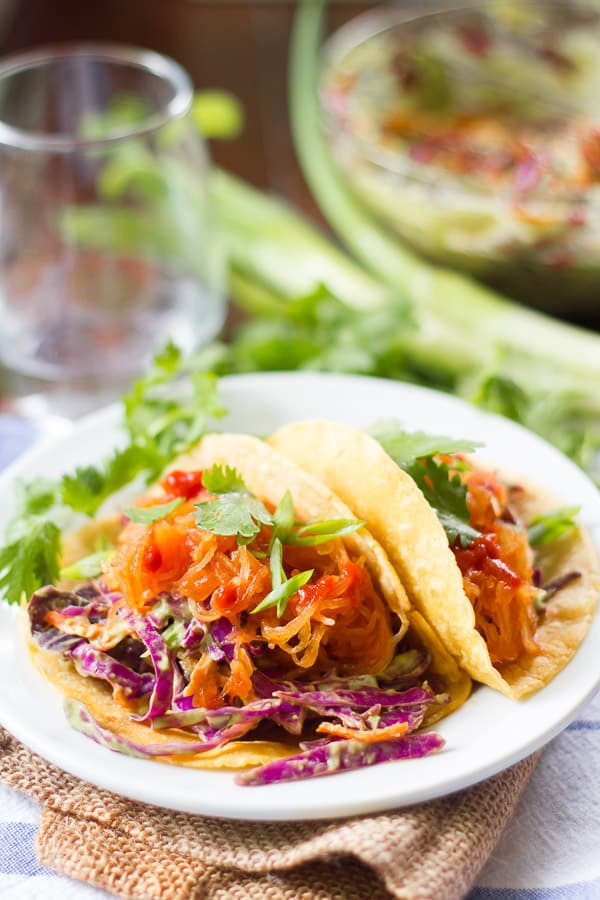 I have a friend who recently went vegan, and ever since has been swearing up and down that pulled spaghetti squash tacos are the best thing ever. Finally, with fall here and spaghetti squash everywhere, I got around to whipping up a batch of my own. They were not what I expected at all. That’s okay though! They were delicious and that always works for me.

One of the nice things about using spaghetti squash for this type of taco material is that it’s ridiculously easy to whip up. I like to roast my spaghetti squash up whole, because that’s way easier than attacking it with a knife when it’s raw. When the squash is just finished cooking, begin simmering up some sauce on the stove. Then when the squash is cool you scrape it out, throw it in the sauce, and start pulling. 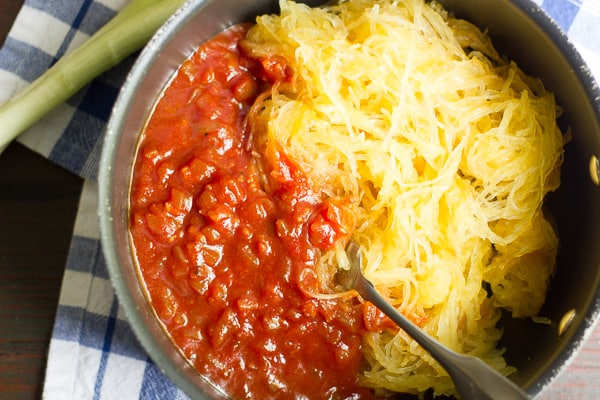 Since it was so incredibly easy to whip this up, I went out of my way and made a creamy avocado slaw to stuff into my tacos along with it. Avocado makes an awesome creamy dairy-free base for the slaw, and it gives a contrast to the sweet and savory flavors in the pulled squash. If you’re feeling lazy I’m sure a few handfuls of your favorite greens would go nicely too. 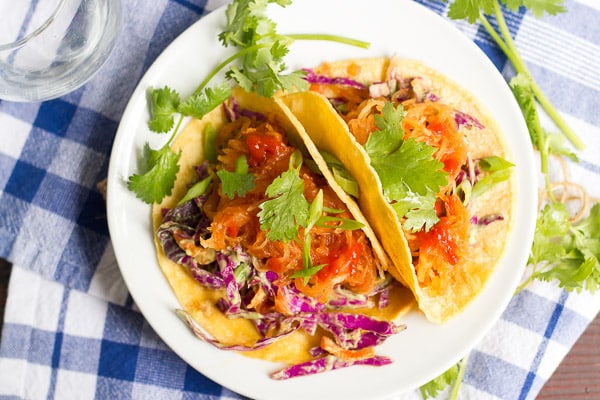 For the pulled spaghetti squash:

For the avocado slaw:

To make the pulled spaghetti squash:

To make the avocado slaw:

To make the tacos: