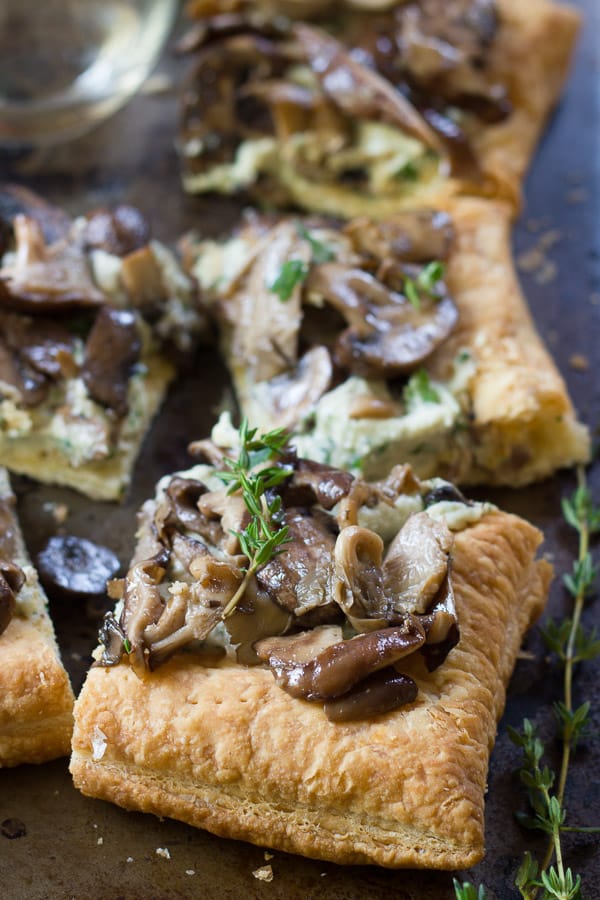 Here’s an experience I think my fellow vegetarians and vegans can relate to: you go around for years thinking some food is off limits, only to one day discover that it’s totally in line with your diet. This happened to me a number of times in my teens, most of those experiences involving fast food dishes that I’d rather not elaborate on. In any event, it’s always a nice surprise.

These days I’m usually making such pleasant discoveries about more grown up foods, like puff pastry. Not that puff pastry is super grown up, but it feels kind of fancy, at least more so than anything that comes from a drive through. For a long time I steered clear thinking it was made with something that was off limits, like butter or lard. As it turns out, most store-bought puff pastry falls into the “accidentally vegan” category. (Always read the label though, just in case!) The moral of the story? If you aren’t sure if something works with your diet, it pays to investigate. You could be missing out.

Since making that little discovery, I’m all about puff pastry, especially when it comes to holiday dishes. Like I said: fancy!

This tart is certainly fancy enough to grace your holiday table. It’s also totally vegan, but I suspect nobody who isn’t vegan will be able to tell. 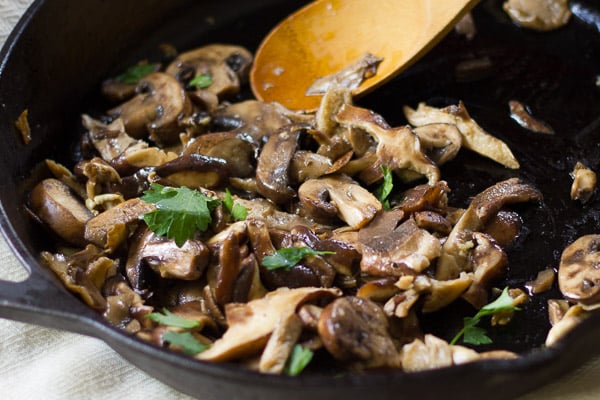 I started with a puff pastry crust, and smothered it in creamy cashew cheese, which you may have noticed by now is a favorite of mine. This particular cashew cheese gives the tart lots of flavor, thanks to fresh herbs and roasted garlic blended right in. The nice part about the roasted garlic is that it actually gives the cheese a smoother texture, and you can roast it up in the oven while your crust bakes. Everything gets topped off with some savory sautéed mushrooms. I used a mix of shiitake, oyster and cremini mushrooms, simply because my store sells them as a blend and I love them all, but feel free to use any one of the three, or swap out your favorite type of mushrooms. 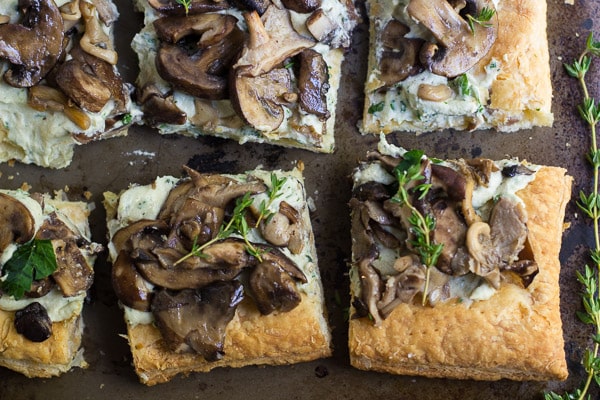 For the herbed cashew cheese:

For the puff pastry tart:

I used a mixture of cremini, shiitake, and oyster mushrooms. You could use all three, any one or two of the three, or another variety, like white button mushrooms.