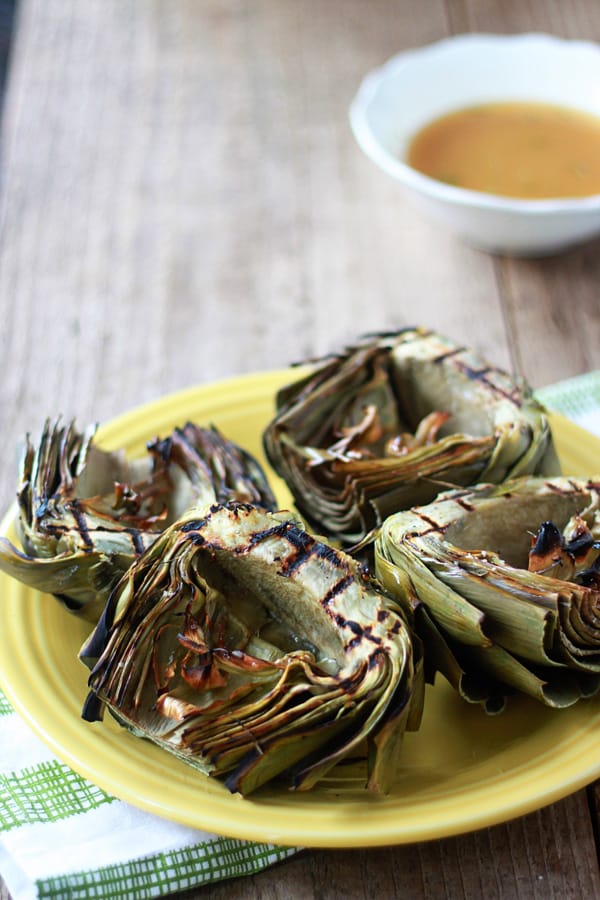 Oh, happy day. Well, more than a day ... happy season. The time for grilling is upon us, and I, for one, could not be happier.

There's just something completely awesome about grilling. Meals get simpler, the kitchen stays cleaner, the sun shines down on you, and it's just darn impossible not to smile.

And contrary to sometimes-popular belief, there are loads of delicious grilling options for vegetarians! Yep. It's a good time of year.

When the weather officially warms, one of the first things I love to throw on the barbecue is artichokes. They're the perfect warm-up to the glorious grilling season that lies ahead. 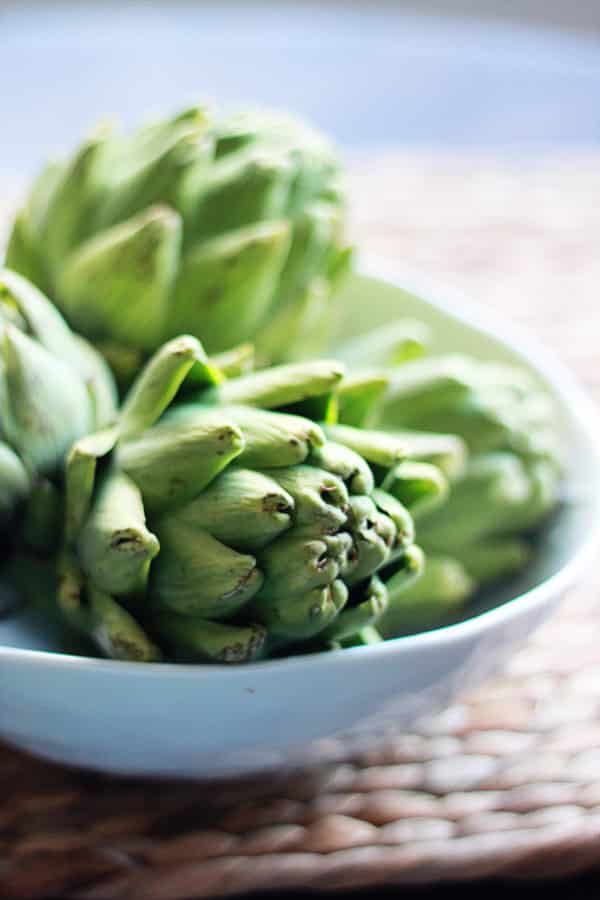 While I'm a fan of all sorts of dipping sauces for artichokes, I realized recently that I was a little short on butter-less or mayo-less options. So I thought I'd develop a healthy-fat-based dipping sauce instead--and it just happens to be vegan, too!

The sauce (really more of a flavored olive oil), is very simple. First, you make rosemary-infused olive oil (so, so easy), then you blend that with sweet roasted garlic, a bit of Dijon mustard, a light squeeze of lemon juice, and a bit of kosher salt. 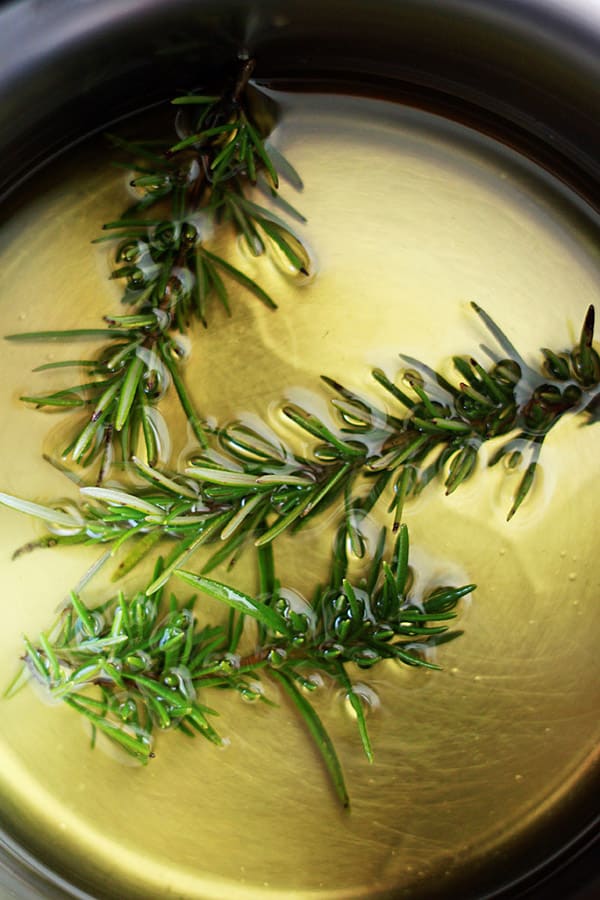 The result is a wonderful, garlicky dip that's, actually, surprisingly reminiscent of butter.

The bits of roasted garlic tend to sink to the bottom, so every once in awhile, you have to give the dip a stir with a leaf you're dipping in there. Which means you might end up with a lot of the dipping oil on that particular piece. 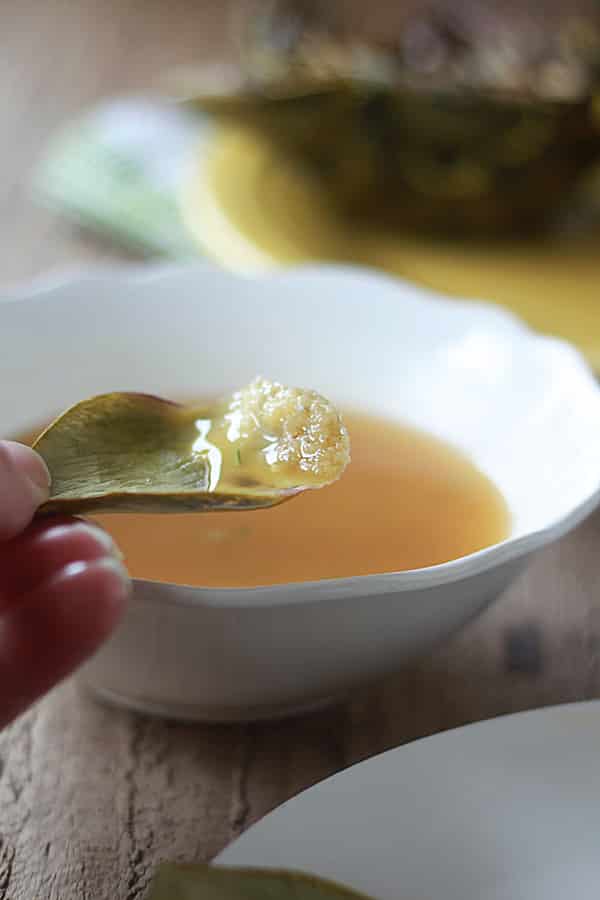 Grilled artichokes take a little more effort than just plain steamed, but it's so worth it. You still have to steam them first, but then you cut them in half, scrape out the fuzz, brush on some oil (this recipe makes use of some of the leftover rosemary olive oil for brushing), sprinkle with a bit of salt, and then grill. A few extra steps, but doable, right?

The result is a party-worthy, incredible-looking appetizer or side dish that's infused with that wonderful smoky flavor that grills magically impart.

Another thing that's nice about serving these to a crowd is the option to steam them a few hours beforehand, then put them in the fridge until grilling time.

Ahhh. Hello, grilling season! It's so, so nice to see you once again. 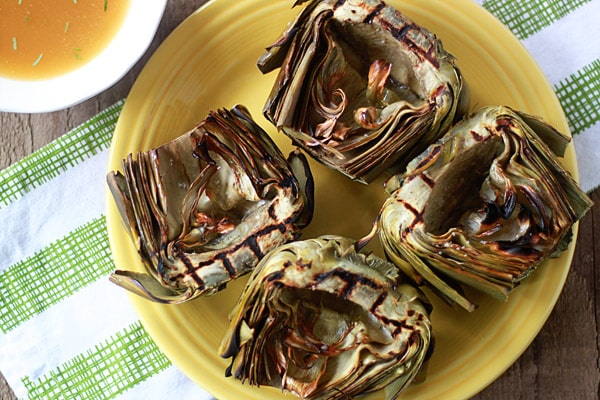 For the rosemary olive oil:

If you have leftover rosemary oil, it's perfect for dipping crusty bread or tossing with pasta and roasted vegetables.