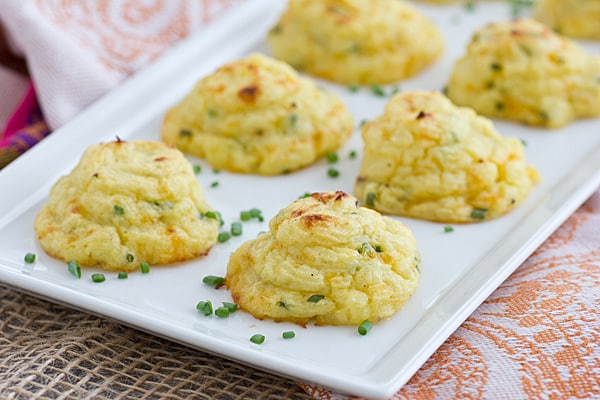 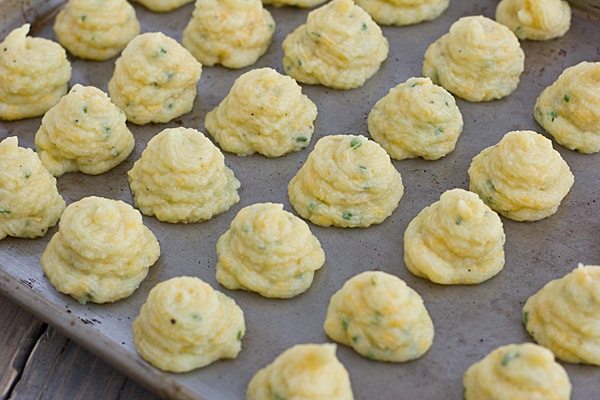 I had this idea floating around in my head for a while, but it took me a few tries to perfect it. Typical duchess potato recipes call for egg yolks, butter, and heavy cream. I wanted to make a healthier version that cut down on all those bad things and substituted half of the potatoes with cauliflower. So here's how my lighter duchess potatoes compare with the real thing (based on one serving of six potatoes):

How did I shave off over 100 calories and 8 grams of fat? Sorcery!

In addition to substituting half of the potatoes with cauliflower, I was able to omit the butter altogether by using fat-free plain yogurt in its place. The first time I tried making these, I used a small amount of butter and the result was very dry and bland--the yogurt adds a little bit of moisture and a tangy, sour cream-like flavor. (Yes, I still hate yogurt! But I don't hate it in things.) With the yogurt already adding some creaminess, I opted to add skim milk instead of heavy cream. And then I added cheddar cheese and chives for a boost of flavor. 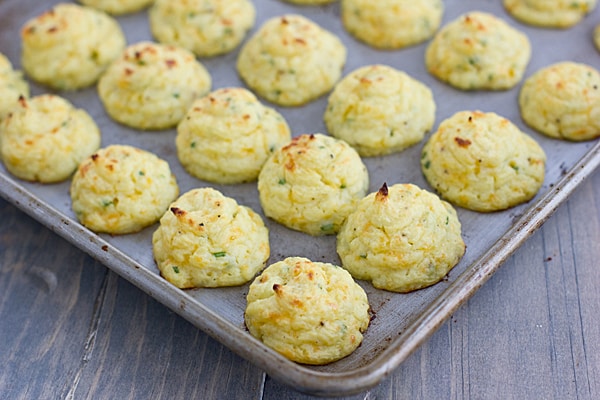 One thing I realized in making these, though, is that cauliflower just does not pipe well. I tried changing proportions, making the mixture wetter and then drier, and no matter what I did, I could not make these healthier duchess potatoes as pretty as the original. So maybe these aren't holiday party worthy, but they are definitely a great side for a Sunday dinner--they're not so nice to look at, but they taste really good. 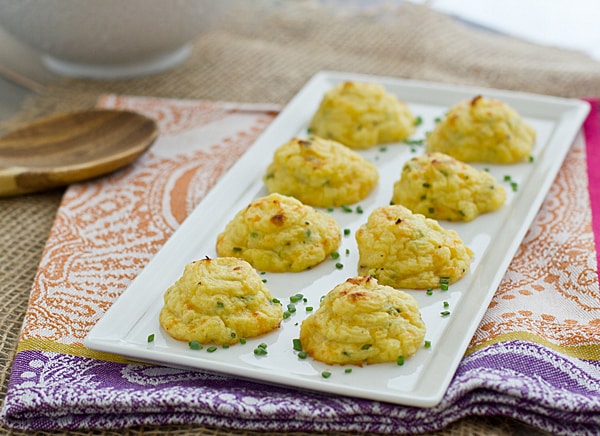