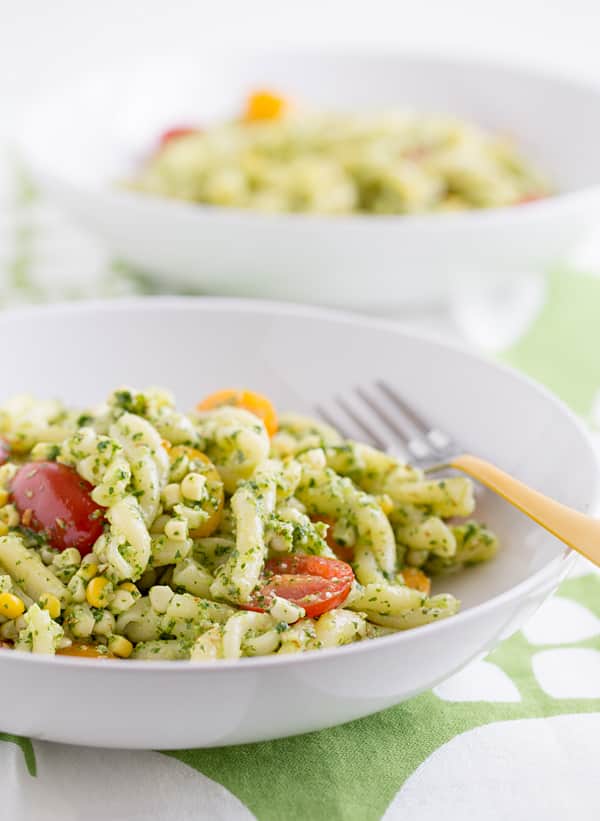 Chris went to Austin for a business trip this week and business trips are my chance to be lazy in the kitchen because when I'm just cooking for myself, I don't have to impress anyone. So the past few days have been a lot of "Oh hey, I'm just going to eat this salad out of a mixing bowl while watching Rock of Love on Hulu." (I did close the blinds first so the neighbors wouldn't be able to see. I wanted to preserve that last shred of dignity I have left. The last shred of dignity is the most precious.) Or "You know what would be good for lunch? A handful of raisins and a pickle!" Even when you love to cook, sometimes you just don't feel like cooking. 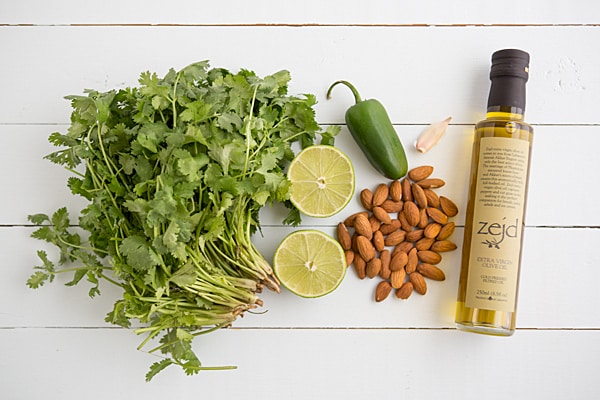 Because raisins with a side of pickles aren't exactly a well-balanced meal, I try to keep things on hand for all those don't-feel-like-cooking days. And one of the things I keep on hand is pesto--I keep my freezer fully stocked at all times with different kinds of pestos. This cilantro jalapeño pesto is one of my favorites. It's a slightly tweaked version of the pesto in my Mushroom & Zucchini Quesadillas. If you love cilantro, you will love this pesto! It has a fresh, bright flavor and, like most pestos, it's super easy to make.

I also keep a lot of pasta on hand! Because pasta + pesto + whatever veggies you happen to have on hand = an easy dinner. Casarecci is my new favorite pasta shape. It's supposed to be best for meat sauces, but I really like it with pesto. It's got enough little nooks for the pesto to stick to it, but not so many nooks that the pesto doesn't distribute evenly. (I spend a lot of time thinking about these things!) Of course, any pasta you have will be just fine.

This is my favorite kind of vegetarian cooking. Kitchen staples combined with fresh produce to make an (almost) effortless meal. 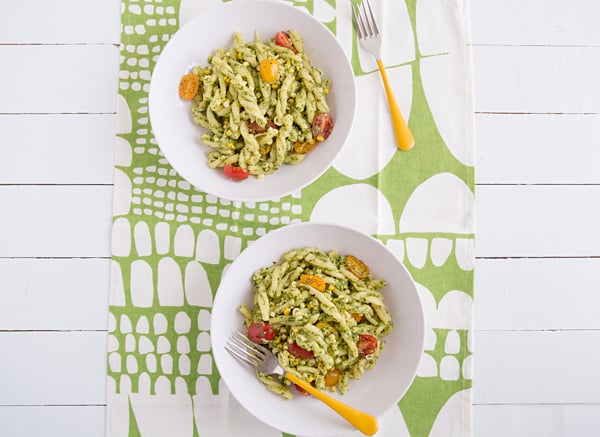