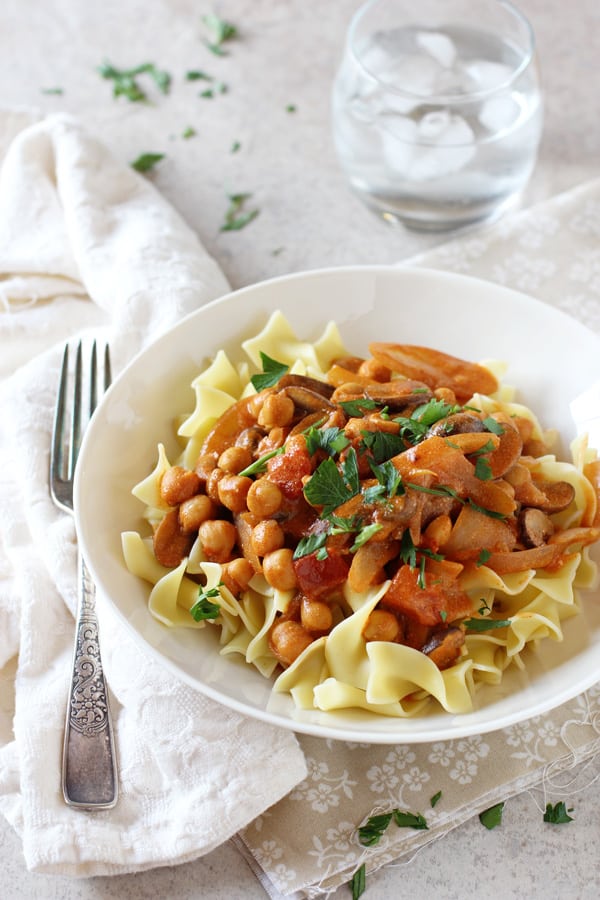 Are you familiar with paprikash? I am a little ashamed to admit that even though my grandmother was from Hungary, I only really learned about the dish recently. According to my dad, this classic Hungarian recipe constantly made an appearance at the dinner table when he was growing up. I certainly feel like I missed out since I never got to try her version!

Paprikash is traditionally made with chicken and features a bright red sauce. It is creamy and slightly tangy (from the use of sour cream) and is filled with plenty of paprika, which gives it a rich and robust flavor—and its name. While very different in taste, it actually reminds me quite a bit of stroganoff, as they both have a creamy sauce and are usually served over egg noodles. 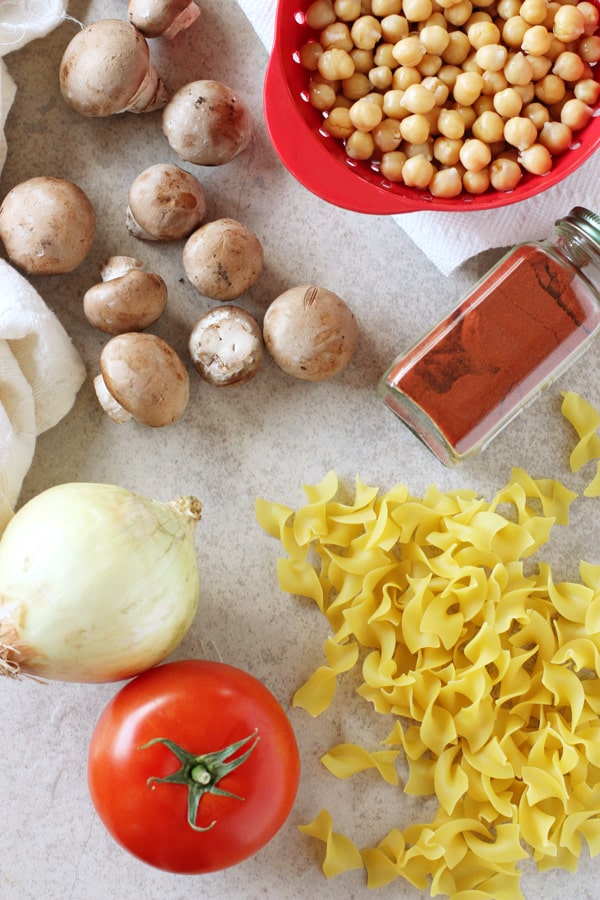 My grandmother often subbed in mushrooms for the chicken in order to save a little money. In this version we’re using a mix of both mushrooms and chickpeas to replace the meat. The mushrooms help give it that sort of hearty and meaty texture, while the chickpeas add a nice bit of protein.

Ideally you want to use Hungarian sweet paprika here, however regular sweet paprika works just fine. A little cayenne is also added for just a touch of heat, which is balanced out perfectly by the sour cream. It you want to lighten up the dish slightly, you can substitute in some plain Greek yogurt in its place. 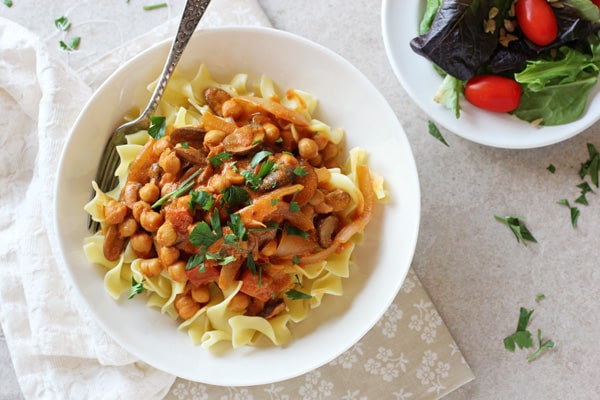