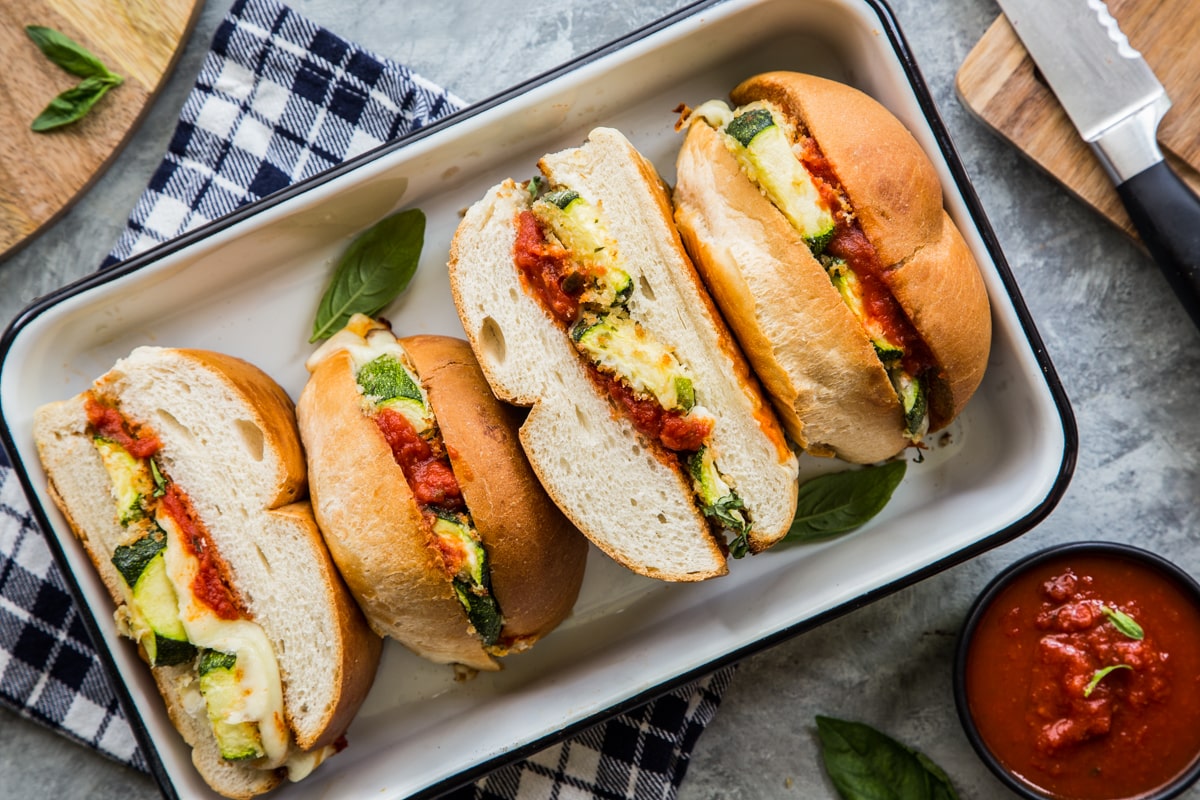 Zucchini season is just around the corner and of all the ways you can use zucchini (stuff it! spiralize it! make it into chips!), I have to say that breading it is my favorite. It turns limp, bland zucchini into something crispy and full of flavor. So basically, it's magic. 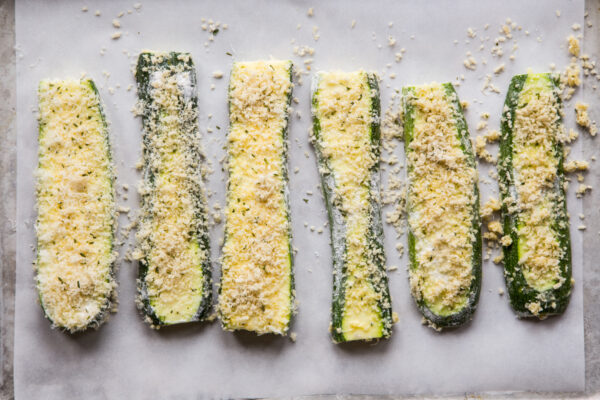 Even though I love breaded zucchini, I really hate making it. It takes forever and near the end you've got more breadcrumbs on your fingers than on the zucchini. But here's a secret I've learned—instead of slicing the zucchini into rounds, if you slice it into large slabs, you cut that time spent dipping and dredging and breading by more than half. So much easier. 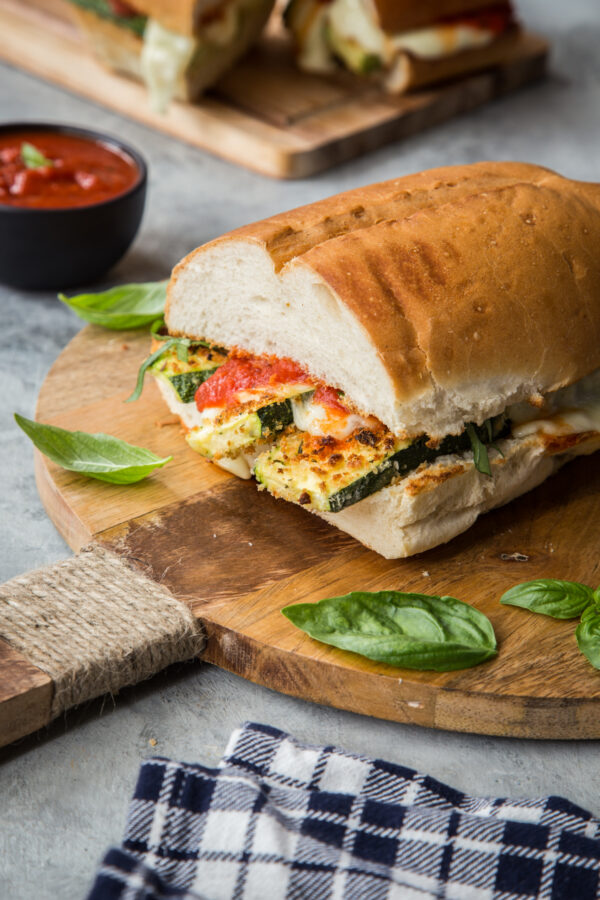 The first few times I made breaded zucchini this way, I just served them on a plate with marinara and basil. Then I realized their shape was perfect for a sub sandwich. If you've ever had an eggplant parmesan sub before, the concept is pretty much the same—after the zucchini is breaded and baked to crispy perfection, it's layered onto bread with mozzarella, marinara, and fresh basil. If you want to go a little lighter on the bread, you can use thin slices and make these into panini instead.