Enchiladas are my comfort food--and I'm not at all picky. They could have any kind of filling, sauce or cheese and I would happily dish myself up a big plate and dig in. But if I'm honest? I prefer a tangy tomatillo enchilada sauce over all others.

I fell hard for tomatillos when I was 20 years old and still in my infancy as a food lover. Long story short, previous to that time, if it looked green and/or healthy, I wouldn't touch it. Then I tasted homemade roasted tomatillo sauce and my life really began. (True story.) 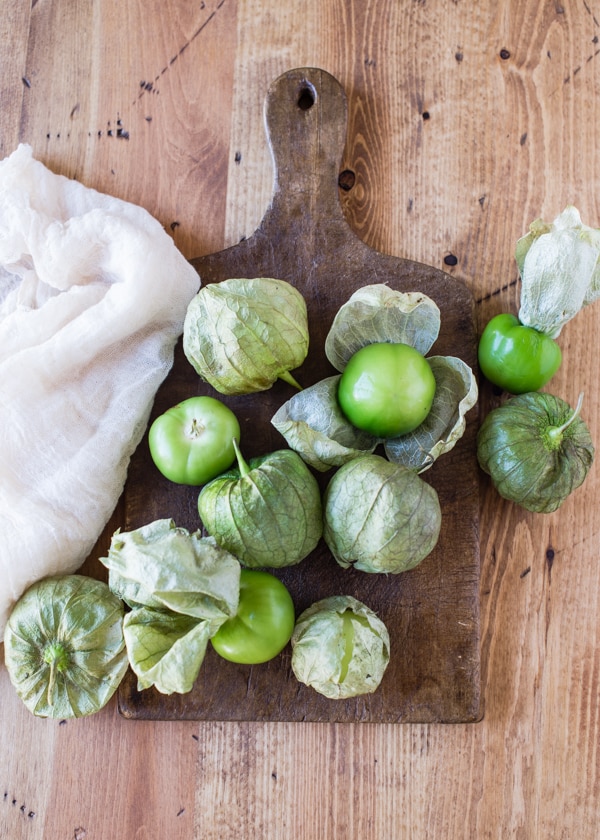 These veggie enchilada stacks are going to make your heart sing! The idea came from a similar dish I had in a fancy Mexican "cuisine" restaurant. I liked it so much, I went back a few weeks later to have it again. The sauce was different, but the filling was very similar. Thick chunks of mushrooms, diced zucchini, sweet bell pepper and corn are sandwiched between crispy baked corn tortillas, gooey Monterey Jack and that amazing tomatillo sauce. See? Perfection!

Tomatillos are a wonderful thing. If you haven't had the pleasure of cooking with them yet, by all means give it a try as soon as possible. They look like small green tomatoes, and they are part of the nightshade family, but they're more like ground cherries than tomatoes. The inside is full of tiny little seeds and the flavor is very tart and bright. They are great raw, but are most often boiled, fried or (my preference) roasted. 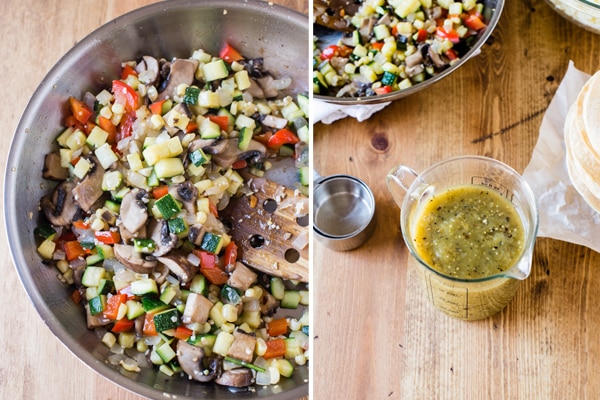 When you're choosing tomatillos, I follow the advice of Rick Bayless (whose recipe this one is based upon) and choose fruits that fill their husks and are about the size of golfballs. Some tomatillos grow rather large; we shy away from them because the smaller ones are more flavorful. Sometimes they won't fill the husk, and that's fine, but the ripest, best tomatillos do. Give them a gentle squeeze to make sure they aren't mushy. Peel back the husk and check for any cracks or bruised areas (or spiders), and use them within a few days of buying. I think they are best stored at room temperature, but they are usually in the refrigerated section of my grocery store, so that's where I keep them.

When you're preparing them for use, peel back the husks and remove them along with the stem. There is a sticky residue under the husk that generally rinses off with a little warm water and a quick rub. Then they are ready to go. From there, the hardest part of making the sauce is turning on the oven and placing everything on a baking sheet. 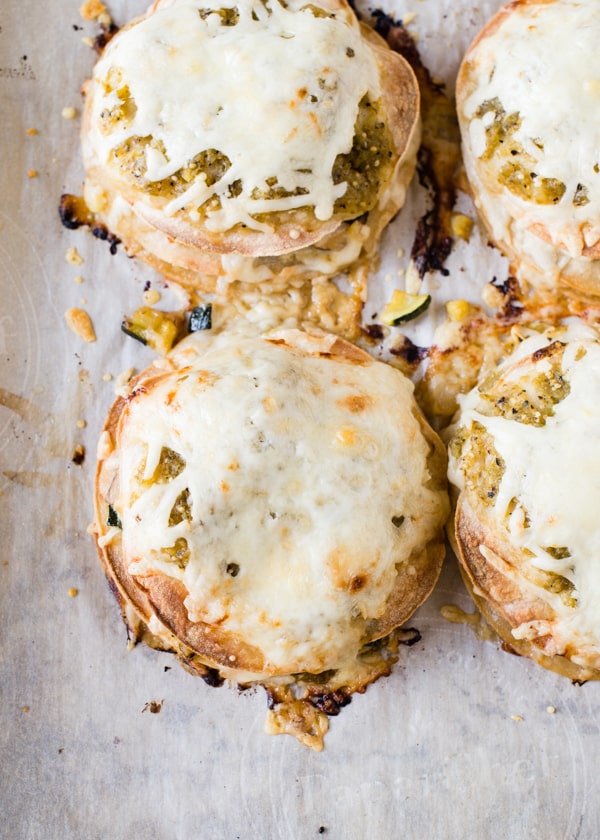 One complaint I have about enchiladas, and it's a minor one at that, is that when I make them at home, the tortillas get soggy. To prevent that in these stacked enchiladas, I baked the corn tortillas until they are crispy. This helps keep them from turning to mush. To save time, store-bought tostadas could also be used.

These come out of the oven all melty and delicious with crispy brown edges, tender chunks of garden fresh veggies and that tangy, spicy sauce. You'll wonder where these were all your life. 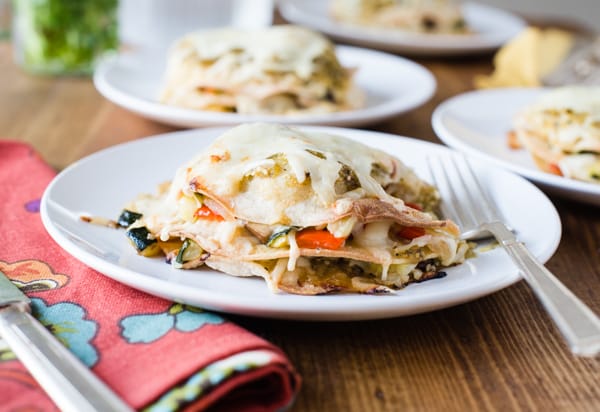 For the tomatillo sauce:

For the enchilada stacks:

The sauce can be made up to a week in advance and refrigerated, but to save on prep time, substitute a store-bought tomatillo salsa for the homemade sauce--just make sure it's chunky and not too smooth or watery!