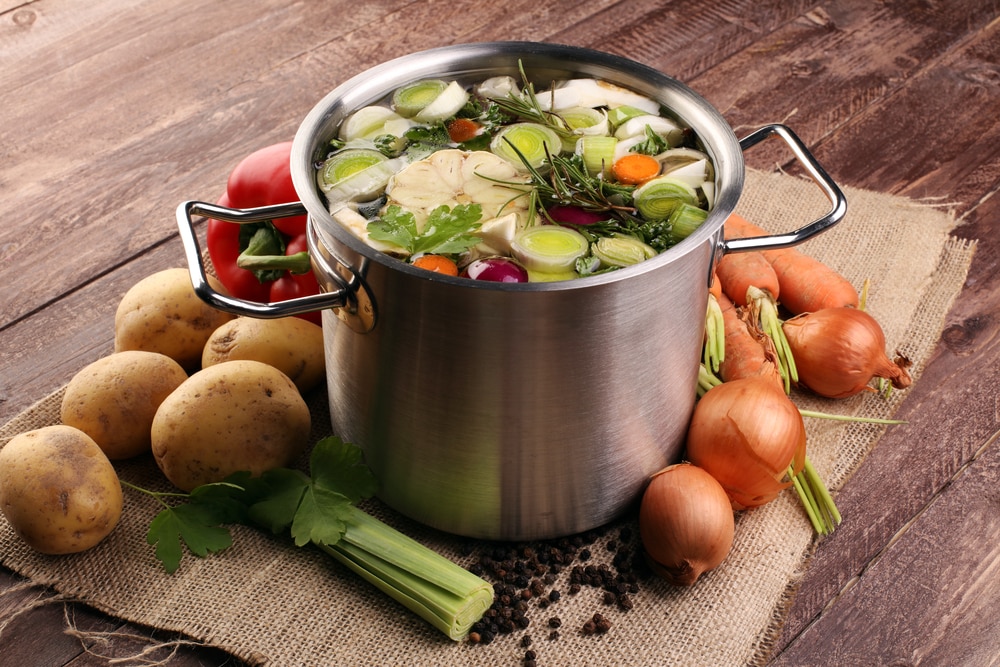 Chicken broth is used in so many recipes that it is necessary to find a suitable replacement for the vegetarian kitchen. Any broth that is not sipped by a dwindling fire in a survival situation has one important requirement: flavor. Many broths on super market shelves fall short in every flavor department except for salt. It is easy to create vegetarian substitutes for chicken broth that surpass store-bought broths in flavor. Here are three easy-to-make options that will blow store-bought chicken and vegetable broths out of the water.

Obvious vegetarian substitutes for chicken broth are vegetable broths. No chicken broth is noteworthy without vegetables to increase the flavor profile. Below are the essential building blocks of a good vegetable stock.

Aromatics are vegetables with compounds in them that our brains interpret as flavor. The majority of flavor in most broth or stock comes from aromatic vegetables. Onions, celery, and carrots (mirepoix) are the most common broth vegetables, but garlic, ginger, shallot, fennel, peppers (hot or mild), parsnip, leeks, or green onions are great for stock as well. Shallots have more natural pectins in them, so they can be added  to increase the richness of a broth. Try a vegetable broth with garlic, onion, and green bell pepper to make a tortilla soup or chili. Use a broth with green onions, ginger, celery, and fennel for mild asian cuisine applications. Aromatics are essential in vegetarian substitutes for chicken broth.

Herbs are a great way to add flavor to a broth or stock. Most of the time, these herbs are tied into a bundle called a bouquet garni so that they are easy to fish out later in the cooking process. Most broths use woody herbs like thyme, rosemary, or Bay leaves to intensify the flavor, but parsley, basil, cilantro, dill, or chives can also be used. Broth is a good way to use the stems or ends of herbs that you might otherwise throw out. You can also customize your broth to your recipe by being selective with the herbs that you choose to add.

Mushroom broth is a great way to make vegetarian substitutes for chicken broth that bring that rich flavor without adding roasted meat. What makes meat broth taste rich (besides the collagen and gelatin) is the caramelization of natural sugars on the surface of the meat through browning, called the Maillard reaction. Luckily, this can be easily mimicked with mushrooms by browning them before adding them to the broth. White button, crimini/portabella, shitake, and porcini mushrooms are all great for stock, but try other varieties to find what you like. Brown them in a medium-high skillet with salt and the oil of your choice. Deglaze the pan with water or wine to get all of the browned flavor into your broth. Overcrowding the pan can hinder browning, so sauté them in batches if necessary. Add the sautéed mushrooms to a stock pot with the aromatics and herbs of your choice and simmer away. Even if you do not like the texture of mushrooms, this is worth a try for the rich flavor that they will impart. You will remove the mushrooms when you strain it at the end anyway. Mushroom broths are very flavorful vegetarian substitutes for chicken broth.

Kombu broth is a traditional Japanese broth made with dried kelp called Kombu. If you add bonito flakes, it becomes a basic Dashi broth. Bonito is dried and shaved fish, so, though not strictly vegetarian, dashi is a great broth for pescatarians to use. Making a Kombu uses the same basic techniques as any broth, but the resulting flavors tend to be more mild. When adding aromatics and herbs be careful not to over power the subtle umami flavors of the kombu. Ginger and green onion are great flavors to add to this broth.

Get the recipe: Kombu Broth

These vegetarian substitutes for chicken broth will make your dishes so much better than if you used a store-bought option. They are easy to set in a crockpot and forget about for several hours or over night. Broths can also be frozen for later use. Try freezing your stock in ice trays, and after they solidify, move the cubes into a zip-top storage bag. These little flavor cubes are great for smaller portions and sauces. Creating a good broth or stock will help you to easily substitute for chicken stock, and will put the store bought broth to shame.

James Pegler is a Chef and writer. originally from northern California, James now lives in Nashville, TN. Nutrition, health, history, cooking, and writing are his passions. 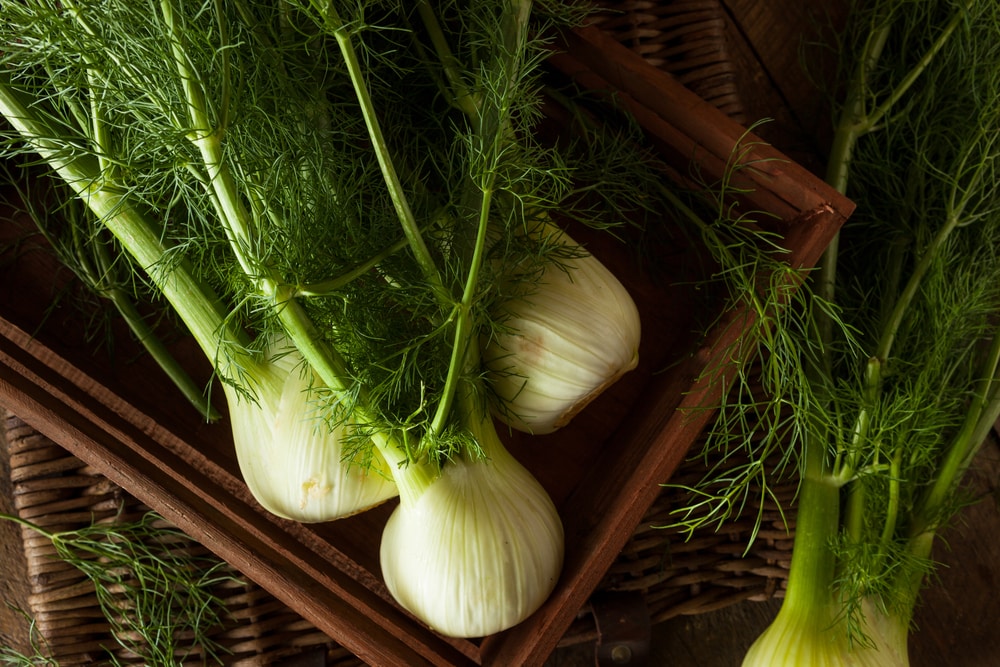 Fennel is Fabulous, and You Should Eat More of It 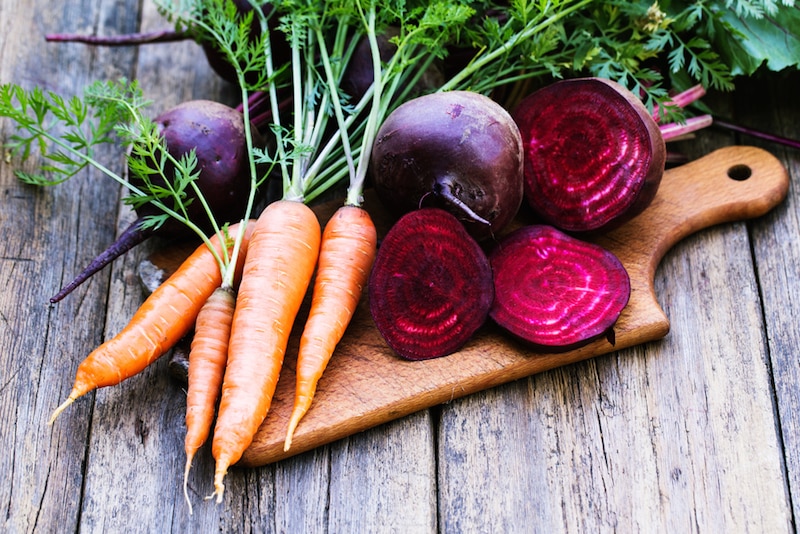 Tips and Tricks for New Vegans 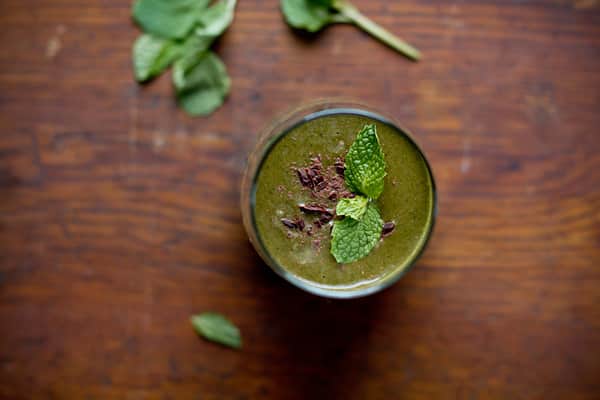 How to Build a Perfect Smoothie (+ a Chocolate Mint Green Smoothie Recipe!)