Slow cooker soup, stew and chili recipes need to be a part of every vegetarian's repertoire! So bust out that slow cooker and get ready to eat your way through these delicious vegetarian crock pot meals. 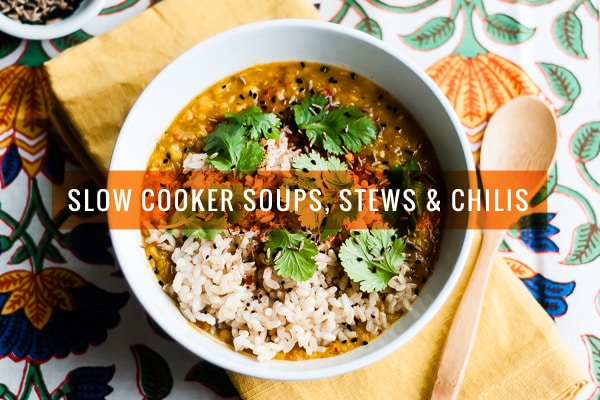 Who doesn't love vegetarian crock pot meals? Soups and stews are perfect for making in a slow cooker. Unlike a lot of other foods, they benefit from a long and slow cooking time -- by the time they're done, the vegetables are tender, the flavors are melded, and you have a practically effortless dinner waiting for you. If you don't eat meat, it can be a little bit tricky to find vegetarian crock pot soup and stew recipes because so many of them are based around tenderizing tough cuts of meat, so we've done the work for you!

Here are 17 satisfying vegetarian crock pot soups, stews, and chilis to keep you warm and full this fall:

This creamy pureed squash soup from Two Peas & Their Pod is even better with Maple Roasted Chickpeas on top -- perfect for fall!

Don't skip the crusty bread when serving up this hearty bean soup from Around My Family Table!

Corn chowder is usually made with a hefty dose of dairy, but our version is vegan -- and it's still rich and creamy!

Cafe Johnsonia shows how to make perfect dal in the slow cooker.

Serve this veggie-packed gumbo over a plate of brown rice or whole grains for a filling dinner.

Pumpkin isn't just for pies and lattes! Kare from Kitchen Treaty puts it to use in chili too.

As if the ratatouille wasn't delicious enough on its own, Eats Well With Others serves it over homemade goat cheese polenta. Yes!

If you like lentil soup, you'll love this version made with potatoes and Swiss chard!

This white bean stew from Cafe Johnsonia makes 10-12 servings, which is good news because it freezes beautifully! 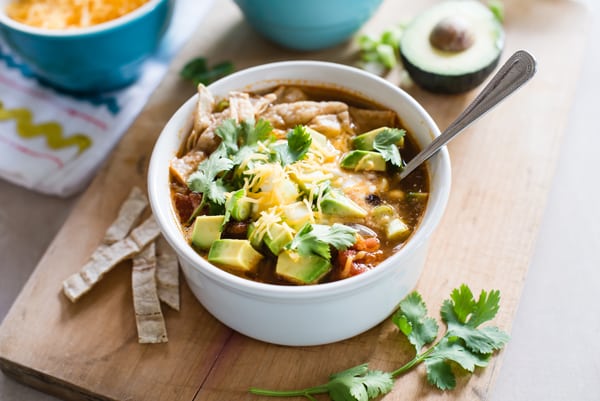 This vegetarian version of tortilla soup is perfect for freezing!

This hearty black bean soup from Kitchen Treaty will keep you warm and full on even the coldest winter night.