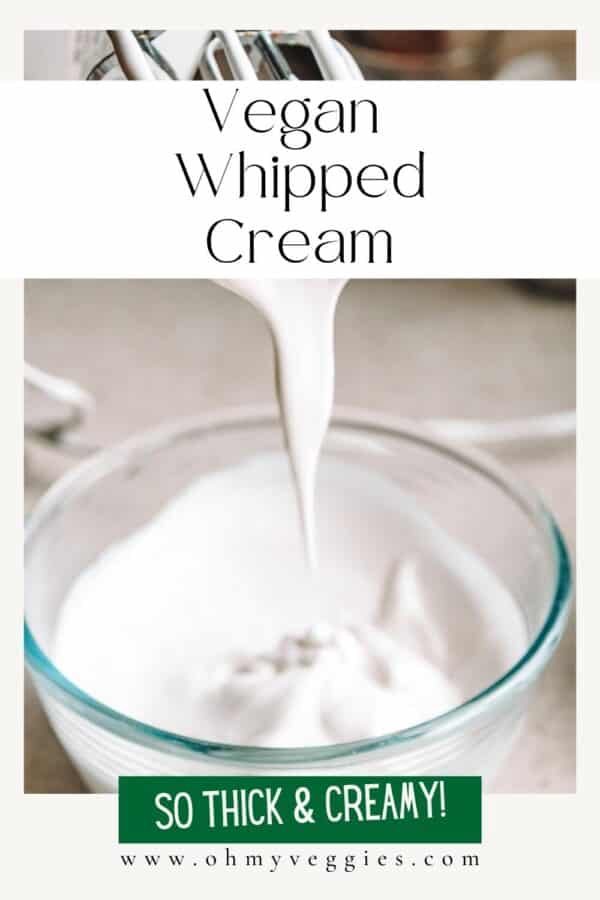 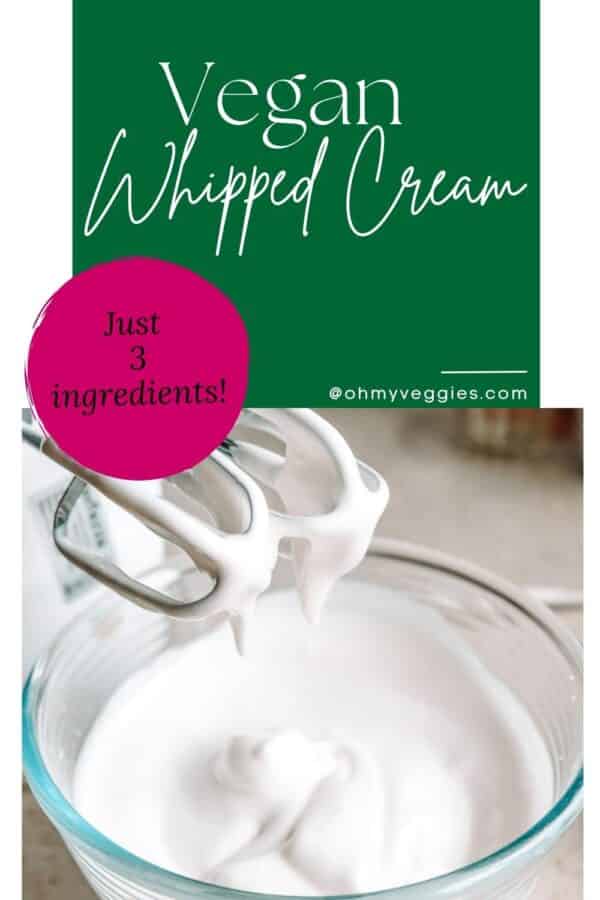 This Vegan Whipped Cream is perfectly sweet and thick—and absolutely heavenly. It's 100% vegan, but you'd never know by its luscious taste!

Pair this vegan whipped cream with a delicious pie (some of our favorites are vegan cherry pie, vegan key lime pie, and vegan banana cream pie), fresh strawberries, or even your morning oatmeal for a dessert flair to breakfast.

This whipped cream comes together with just a few simple ingredients. It has a soft sweet taste, and you can easily sweeten it to your taste.

This whipped cream boasts a perfect texture, thanks largely to the whipped coconut cream. This particular ingredient makes the whipped cream taste absolutely fantastic. In addition, it's straightforward to make and comes together with just a couple of steps.

This Vegan Whipped Cream recipe is...

For even more tasty ways to start your day, check out our brand new cookbook, The Vegan Brunch Book.

How to Make Vegan Whipped Cream

Full directions for to make Vegan Whipped Cream are in the printable recipe card at the bottom of the post.

This whipped coconut cream whipped cream tastes best when used immediately. However, it can last in the fridge—with proper storage—for up to one week. Just know that it might harden during that time and require mixing to soften.

Chilling the coconut cream in the fridge overnight is an essential component of this fantastic recipe. Make sure you don't rush this step. The chilling step makes the cream firm, which makes it easier to whip. If the cream isn't chilled, it won't turn into whipped cream.

Heat and whipped coconut cream do not mix well. Chilling your bowl, spoon, and any other utensils that will come in contact with the recipe will help keep your coconut cream at the right consistency.

We get it—some of us have a sweet tooth, and that's fine! Simply adjust the vanilla extract and powdered sugar to get the taste you're craving.

Need some ideas for what to pair this vegan whipped cream with?

First—can we just say—we are not against serving this whipped cream in a bowl and indulging in it alone! It's so tasty that it doesn't need a partner. Of course, it's fantastic with nearly anything else as well, but honestly, it's also a fine dessert on its own.

But for those of you who want something more, we have you covered! Here are a couple of our favorite dishes to pair with this vegan whipped cream:

How long can this whipped cream be stored?

This whipped cream is best enjoyed immediately, but it can be refrigerated for a week. However, it might harden and require mixing upon use.

Can you over-whip this whipped cream?

Over-whipping the coconut cream might lead to separation. Instead, just whip the cream until it is just smooth and creamy—no more.

What is the difference between coconut cream and coconut milk?

Coconut cream has a higher level of fat. Basically, it has less water and more coconut, so it has a thicker consistency. It's essential that you use coconut cream with this whipped cream recipe and not coconut milk. 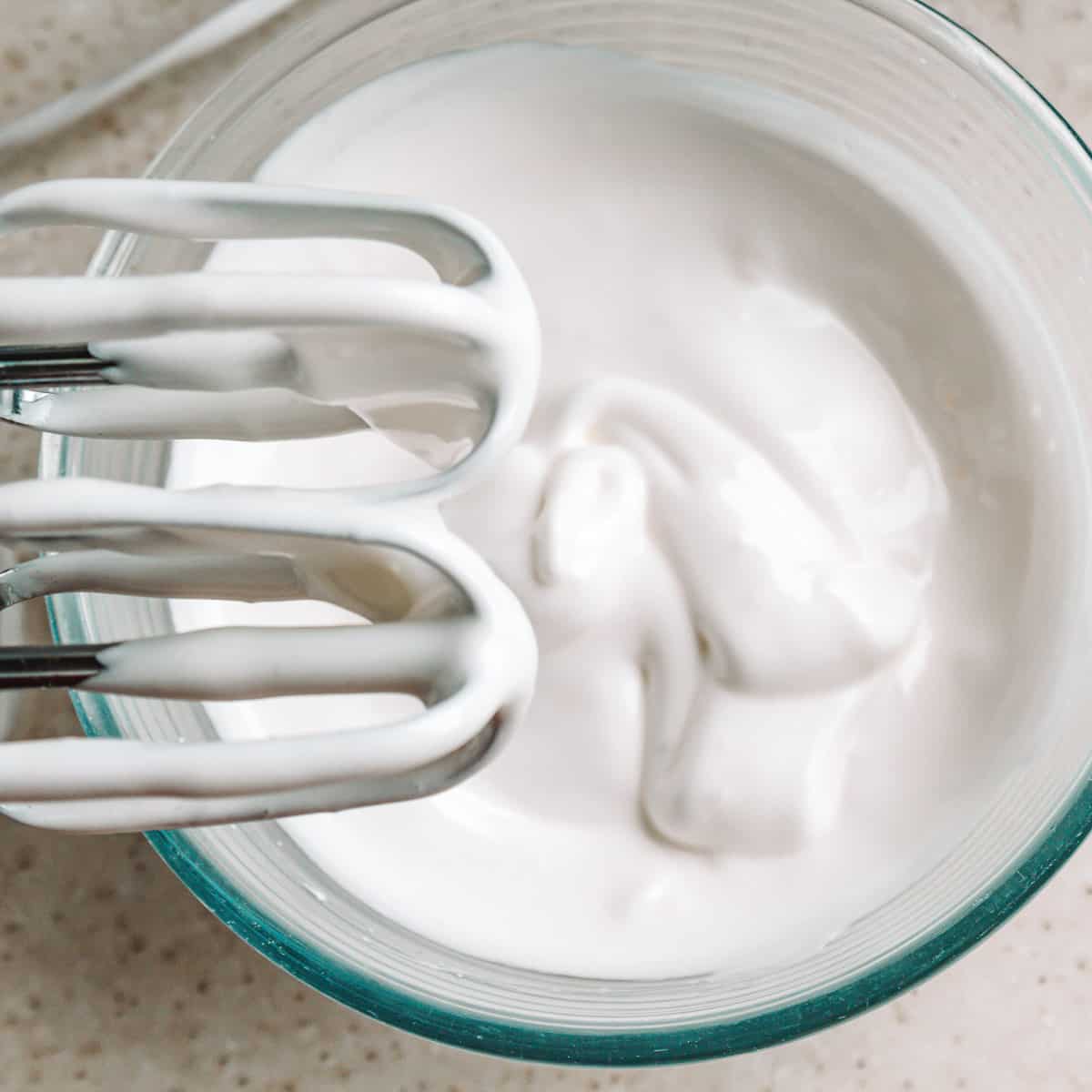