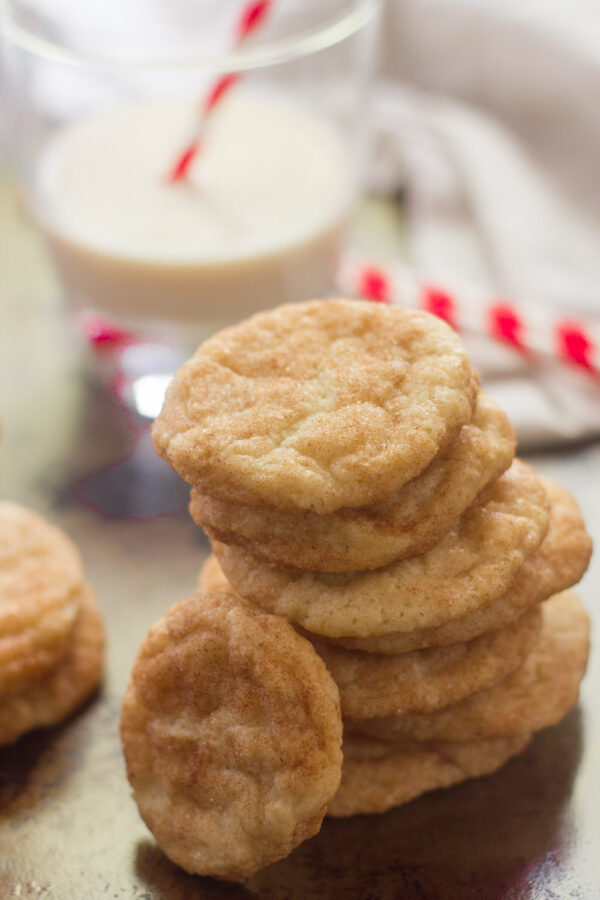 These vegan snickerdoodles are soft, chewy, and tossed in a delicious cinnamon sugar coating. They're perfect for dunking in a glass of dairy free milk. And ready in just 20 minutes!

One of my favorite things to do is vegan-ize my favorite old recipes. And these snickerdoodles are one of my best yet!

There's something just so satisfying an nostalgic about these old-fashioned cookies. They're sugary and buttery and everything that a dessert should be. And no one would ever guess that they're entirely plant based!

These vegan snickerdoodles are:

And they're made with regular ingredients that you probably already have in your pantry. No "weird vegan stuff" here! 😉

Serve them with a big glass of almond milk for dunking, and you have the ultimate vegan dessert. Let's get baking!

The regular butter used in traditional snickerdoodles has been substituted for coconut oil, which is common in vegan baking. It works well because it has a solid, butter-like consistency at room temperature.

And for the traditional egg, I substituted...nothing! Well, sort of. A few splashes of non-dairy milk make up for the moisture that the eggs would normally supply. I have made these cookies with almond milk or soy milk, and they both work well.

The only other thing to watch out for when making your vegan snickerdoodles is the sugar. Some refined sugar brands are still processed with animal bone char, making them secretly non-vegetarian. Look for a brand that is labeled as organic, which precludes this type of processing.

If you love these vegan snickerdoodles, be sure to check out these other delicious vegan desserts:

While you're here don't forget to check out our new Vegan Christmas Cookbook. It's packed with all my favorite tried and true recipes for a plant based holiday feast! 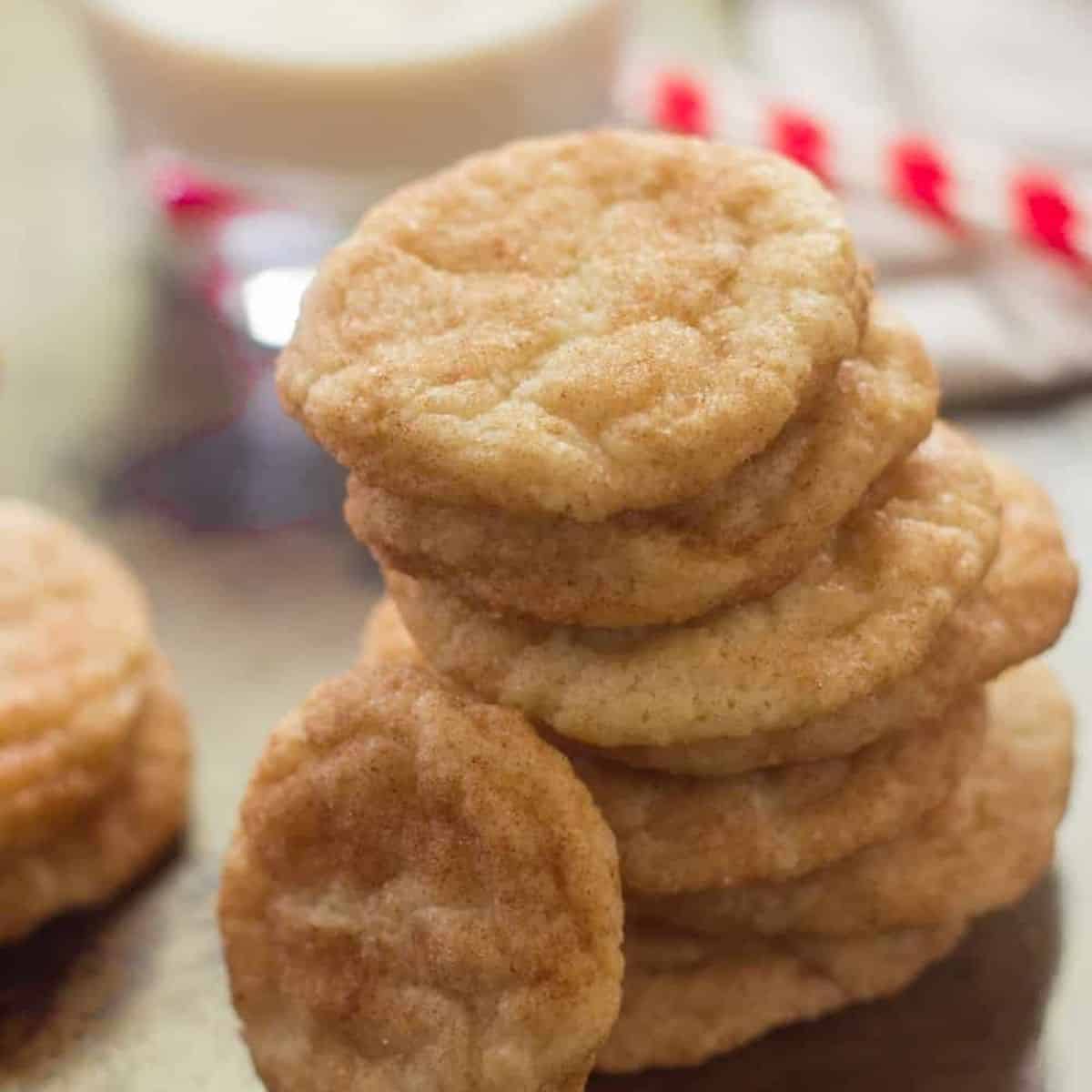