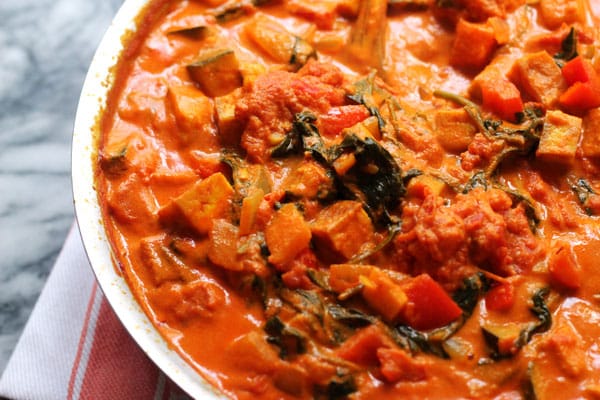 I always describe tikka masala as the gateway drug of Indian food. It's rich, creamy, generally not super spicy, and tastes like something you could put over pasta, so people are generally more accepting of it than if you put a bowl of dal in front of them and told them to dig in. If you've never had some of the spices commonly used in Indian food before, they can definitely be overwhelming the first time, but tikka masala does a good job of subduing them and making them palatable to all. 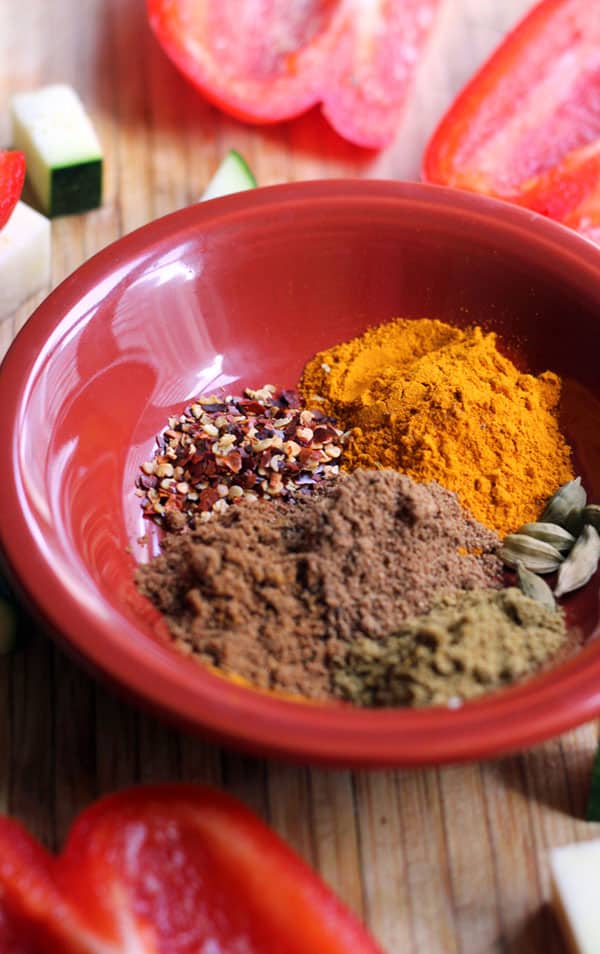 Traditional tikka masalas are made with a spiced tomato-based sauce and some kind of meat that has been marinated in a yogurt sauce overnight. And cream. SO MUCH CREAM. Because of this, it's more of a special occasion food than an everyday one, which is such a bummer when it tastes so good that you crave it all the time! 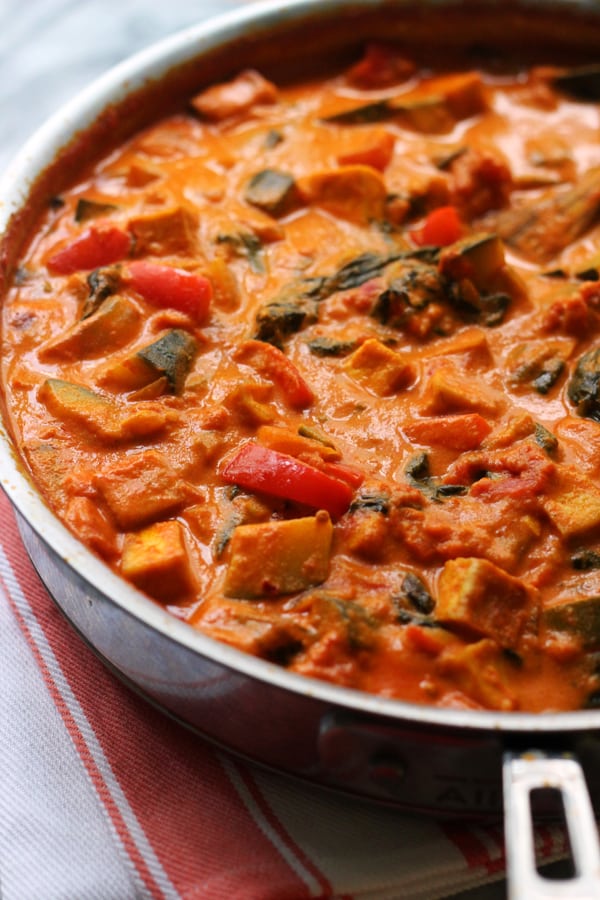 Good news! This version of tikka masala is heavy on the veggies and light on the cream, with all the same rich flavors of its high-fat counterpart. It's made with crispy baked tofu instead of paneer or meat and is full of zucchini, bell pepper and spinach—so you're sure to get something nutritious in every bite. The heavy cream is cut in half and replaced with plain yogurt, so it still tastes thick, creamy, and indulgent. Be sure not to substitute Greek yogurt instead, though, because it will curdle in the tomato sauce while regular yogurt will not. You could still eat it, but it sure won't look pretty!