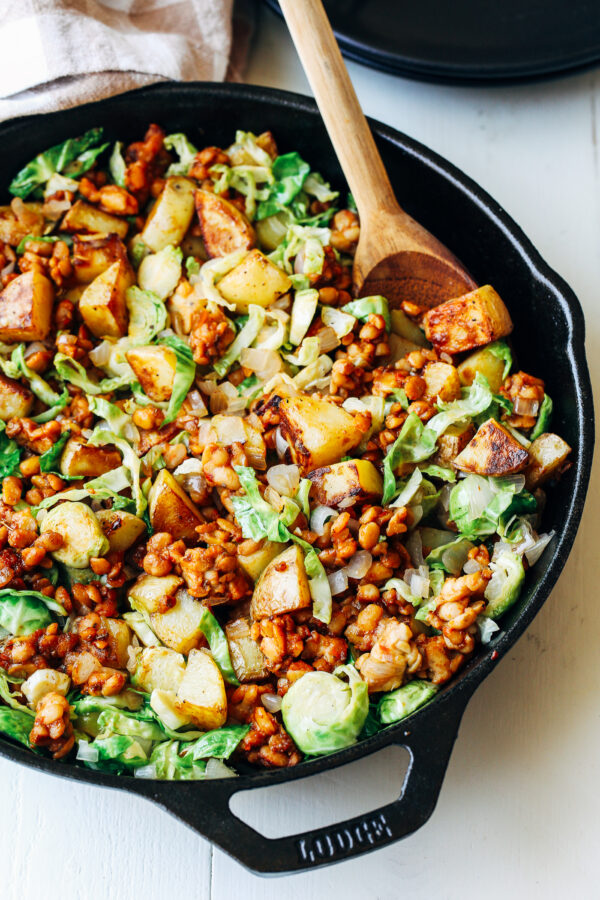 Did you have a certain vegetable that you hated as a kid?

Mine was brussels sprouts. My mom used to buy them frozen, boil them and serve them to me plain. By the time they reached my mouth they were like lukewarm, watered-down, tiny mushy cabbages. Bleh.

It took me a while to move past the memories of being forced to chew my way through them so that I would be allowed to get up from the dinner table. But eventually I worked up the nerve to give them another go, this time buying them fresh and preparing them shredded and sautéed on the stovetop. It was like I had discovered a whole new world, one that was filled with delicious little green gems. Now I jump at the chance to eat brussels sprouts, especially when they're in-season. 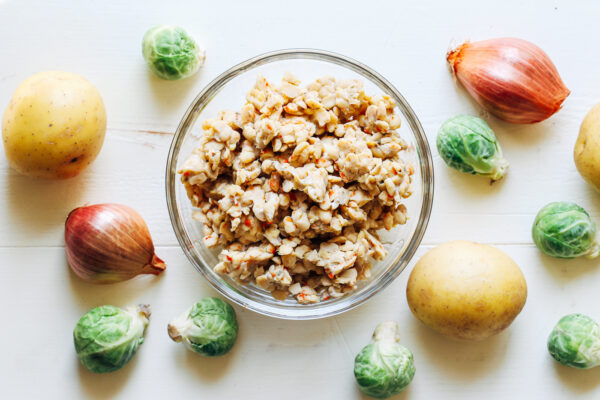 I'm usually happy just to have them as a side item but tasting them in this tempeh hash brought my obsession to a whole new level. Yukon gold potatoes are cooked until golden and crispy then paired with shredded brussels sprouts and tempeh that's marinated in a smoky tamari maple dijon sauce. I promise you, it will knock your socks off.

This hash is super filling thanks to the potatoes and tempeh. It makes a perfect weekend breakfast or dinner and the leftovers taste even better the next day. Because it's always a plus when you actually look forward to eating leftovers, right?

The ingredient list might look slightly complicated but most of them are pantry items that you are likely to have on hand. I like to add a pinch of cayenne for a little heat but if you're not a fan of spice, you can always just leave it out. 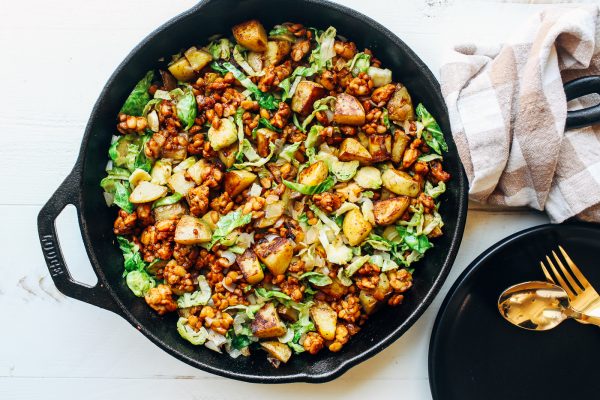