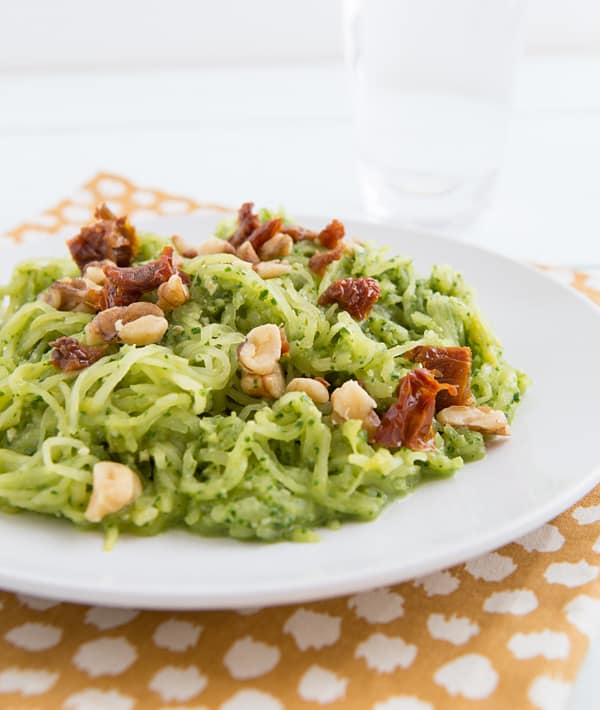 The other reason I was on the fence about spaghetti squash was the wateriness. Sometimes spaghetti squash releases a lot of liquid after you've cooked it and this can pretty much ruin any recipe you're using it in. I searched the web for tips on how to prevent this, but I couldn't find much about it. Through trial-and-error, I've learned that roasting the squash, instead of steaming or microwaving it, results in the least amount of water, and that when you're pairing the spaghetti squash with a sauce, you need to make it a little bit stronger than you normally would so it's still flavorful when tossed with the squash. 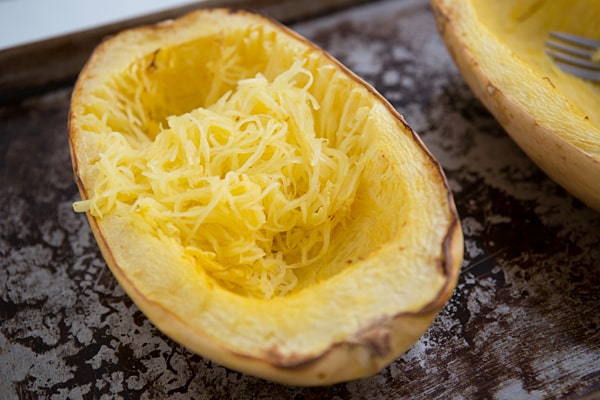 For this particular sauce, I made some slight adjustments to a kale pesto that Kare from Kitchen Treaty had posted as part of a White Bean & Kale Pesto Dip recipe. Basil pesto would be a solid choice too if you don't want to go the kale route, but since it's fall and basil is no longer growing right outside my kitchen (sad!), I went with kale. Although I halved other ingredients in the pesto, I kept the amount of garlic the same to compensate for any water the squash released after being tossed with the sauce. (And the great thing about making your own pesto is that you can use it for other recipes, too! I topped each plate with toasted walnuts and sun-dried tomatoes; if you have a little more time, roasted broccoli would be a great addition to this dish too.

I'm not going to tell you it's going to curb your craving for pasta, but this recipe is really good. So good that maybe you'll forget you had a pasta craving in the first place. That works too, right? 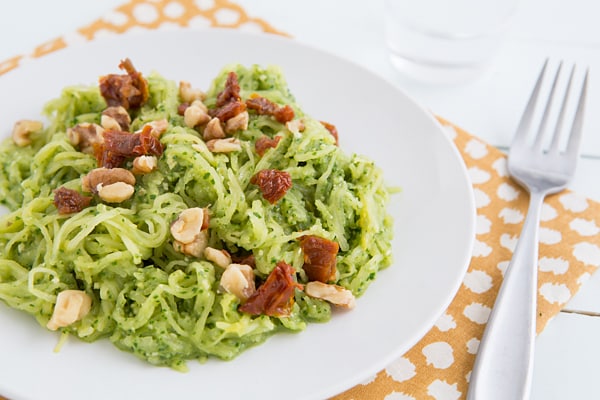 The squash I used was 5 pounds. If you can't find one that big, you could buy two or three smaller ones, but note that they may need less time in the oven.