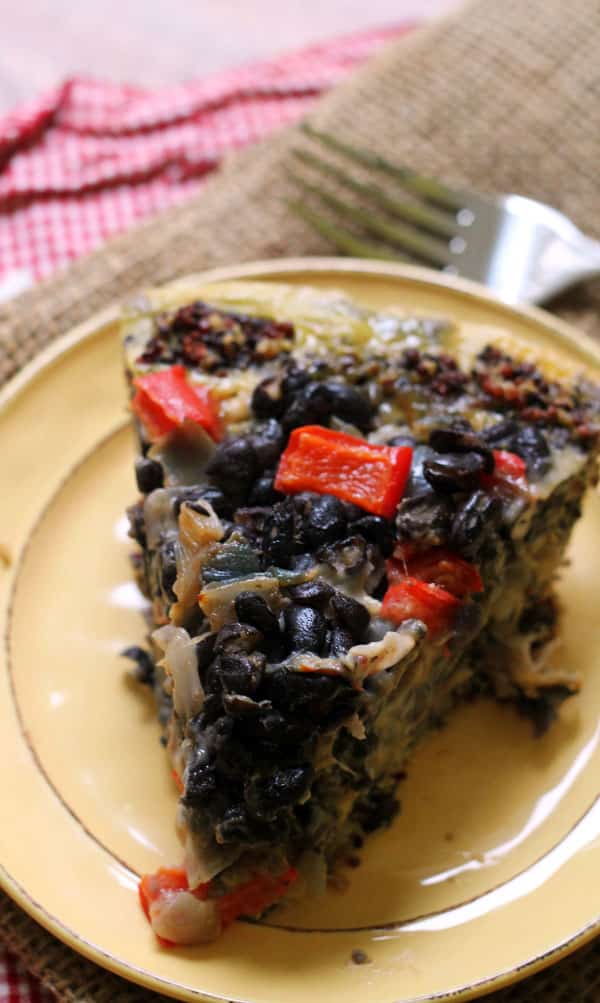 Every so often I come across a new idea or technique in a recipe and I feel like a whole new world of inspiration and possibilities has been opened up to me. For example, when I first tried spiralized vegetables and realized just how much variety and versatility there was in this one concept, I spent days making lists of recipes and flavor pairings that I wanted to try. I mean, I'm pretty sure that even if I spiralized something every day for a lifetime, I couldn't cook my way through all of them!

A similar revelation hit when I stumbled upon a recipe for a quinoa-crusted quiche in the December issue of Cooking Light. The filling options alone are pretty much endless, and then if you expand the crust idea to different grains, seeds, nuts, and perhaps even legumes?! There is just so much potential for deliciousness. 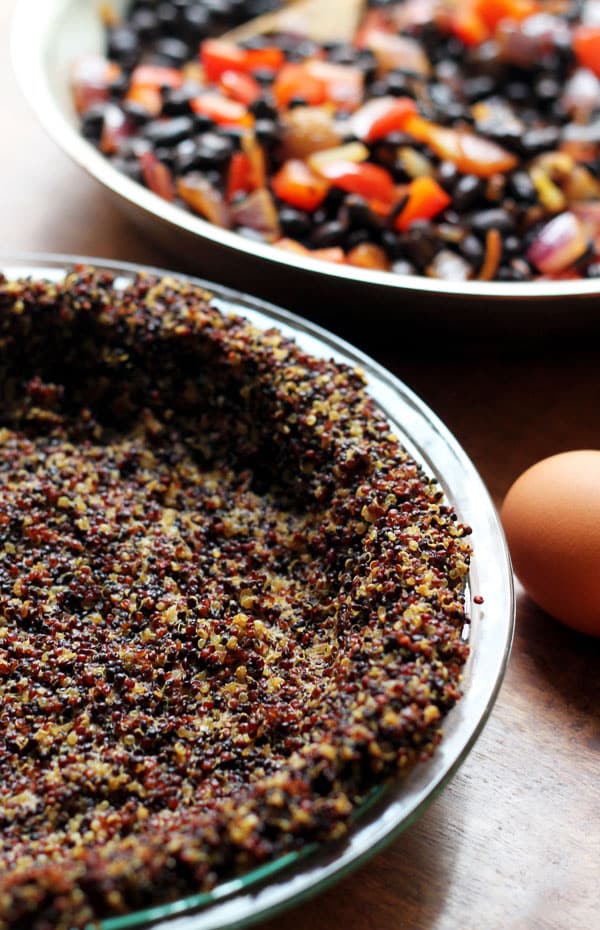 One of the biggest reasons why I don't make quiche more often is, honestly, because making pie crust is such a pain. You have to make the dough, then chill it, then roll it out, then chill it, then par-bake it, then let it cool...simply put, it's a process. So I was definitely pleasantly surprised when this quinoa crust came together in around 40 minutes! Okay, yes, that's still a significant chunk of time, but you can cook the quinoa and bake the crust ahead of time, and there is very little hands-on time in either of these processes. Plus there is no stress of having to roll out the dough - you just press and go!

The original Cooking Light recipe paired the crust with a Mediterranean-influenced filling, but we decided to change it up and go the southwestern route with ours. Mostly because black beans, bell peppers, and pepperjack are always a good thing. This quiche definitely brings the flavor - it has just enough spice to get your tongue tingling, but not so much that you'll be furiously gulping down water - and between the quinoa, eggs, black beans, and cheese it packs an extra large dose of protein into every serving. 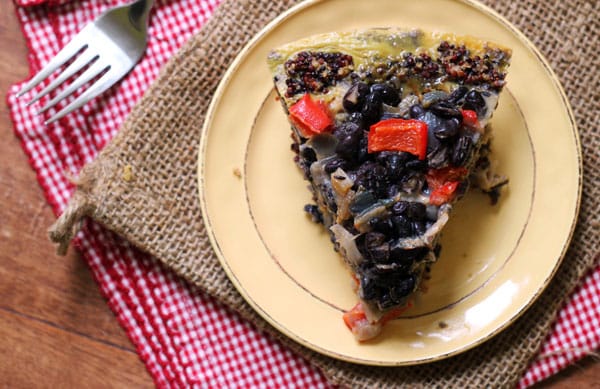 Both the quinoa and the crust can be prepared ahead of time! Just store, well wrapped, in the refrigerator until you are ready to make the filling.