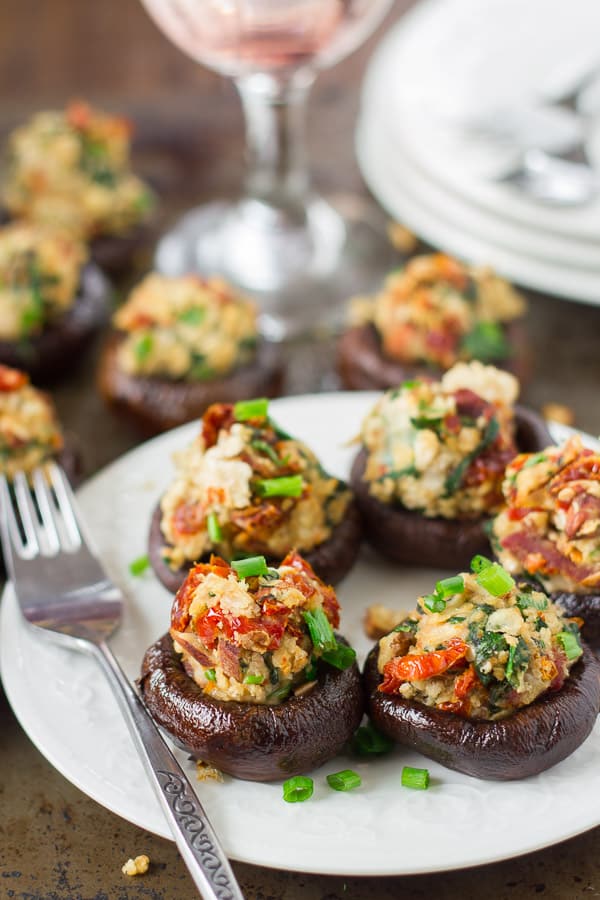 I went vegetarian in 1993, and like lots of folks who did the same around that time time, I didn’t have a whole lot to eat for a while. It wasn’t until maybe a little after the millennium that vegetarian food consistently became available at restaurants, supermarkets, and most importantly, dinner parties. At least that’s the case in the part of the country where I grew up.

When it came to parties, I ate a lot of appetizers, because among all of the chicken wings and meatballs, there were usually a few vegetarian items hanging around. Stuffed mushrooms, if I could find vegetarian ones, were my favorite.

The stuffed mushrooms that I stuffed my face with at holiday parties years ago, even though they were vegetarian, were usually filled with something super heavy, maybe involving mayo or cheese or other things that I steer clear of these days. With these stuffed mushrooms, I set out to make something just as delicious as my old faves, but filled with ingredients I’m down with these days. I wanted something I could actually make a meal of, and okay, being honest, I actually did make a meal of these little guys. I loved every bite. 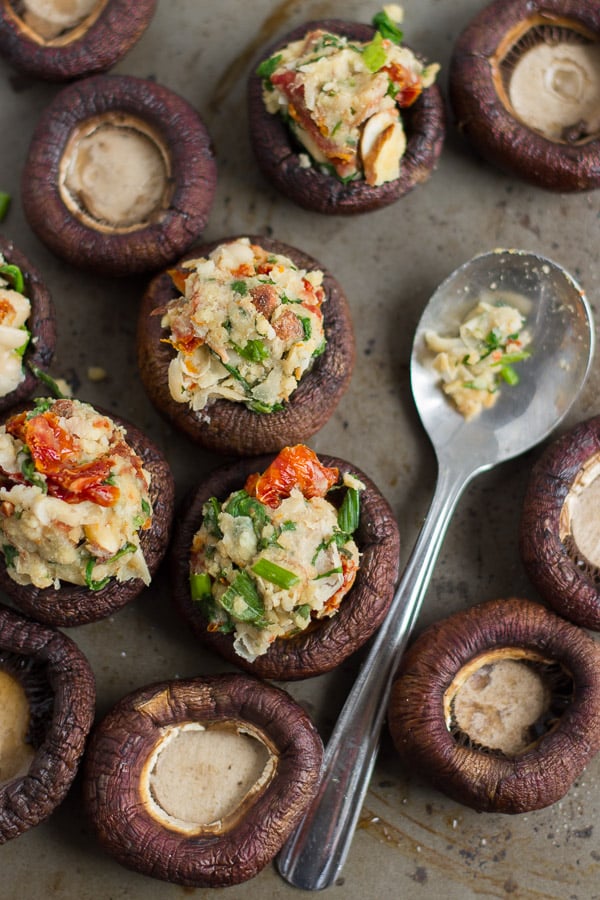 I started with a base of mashed white beans, because they’re hearty, have a nice richness to them, but are way lighter than say, a creamy cheese base that you might find in more traditional stuffed mushroom recipes. Garlic, spinach and sun-dried tomatoes are all super healthy ingredients that also add some nice texture and flavor. The almonds are the kicker though. All roasted up in a mixture of soy sauce and liquid smoke, they taste like bacon...but crunchy almond vegan bacon, so way better. 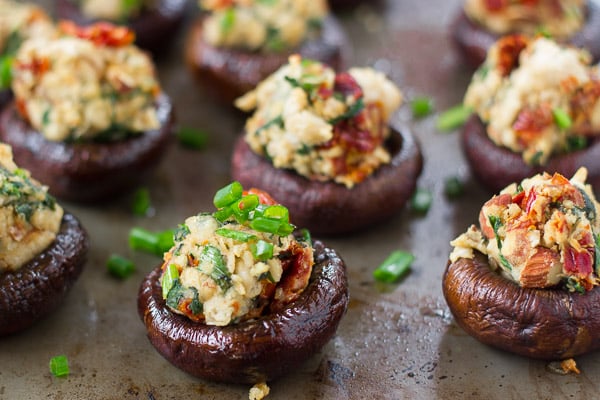